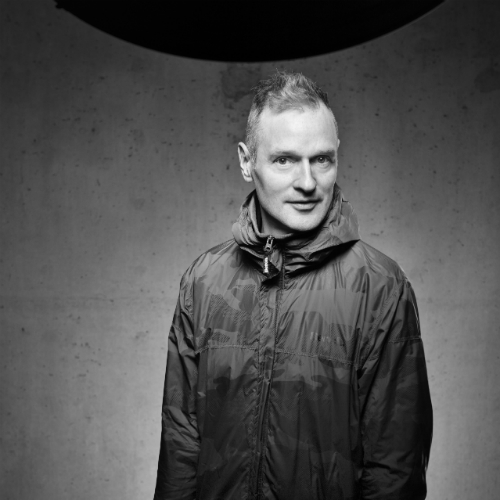 Hi Uwe… we had a nice chat last week while you were sipping on some coffee. What was your favorite region or brand again?
yes. that was a very nice chat. thanks a lot to headphone commute! i would like to do that again. it’s very interesting to hear what the people think and what they are interested in while drinking coffee. very good coffee. my favorite is altomayo coffee, arabica-bio fair-trade. i love the aroma, the smell of coffee. it is a sensual experience for me to visit a beautiful shop called kaffeerösterei in berlin, uhlandstrasse. they offer dozens of blends, like mexico maragogype liquidambar or indonesian sumatra lintong grade1. coffee inspires and animates me. i own a special coffee machine from sweden, it is a percolator and brews excellent coffee. studio coffee! coffee coffee. a replicator would be cool, like star trek voyager captain janeway orders a: coffee, hot… (for me with milk).

So, of course, I have to ask: what took you so long, and why did you decide to return to music making [or have you never actually quit?]
i never quit making music. it is my passion, and that’s the reason i returned to producing music. back in 2003/2004 i was bored with the music industry. it was nice to have a break from that business and to do something completely different. i sold some of my studio equipment and bought a supermoto-motorbike which is very powerful, light and agile. i made some very nice trips to the south of france and traveled to germany. it was a kind of liberation for me. i met a lot of interesting people and had a lot of interesting experiences.

The new album contains tracks made between 2002 and 2013. Some of them, I believe, were going to be released on DIN imprint, but that never materialized. How much of those pieces are retained on the new release and how much has been reworked?
back in 2000′ i’ve recorded on DAT. it was my method to mix a track live on my analogue, 24 channel mixing desk on a stereo master. done. no cuts, no edits. scrai-n and audiofragment are one of the new tracks, recorded in live9. i used ni’s maschine for beat programming and plug ins from the audiofragment sound design. for the production process i used both, my qy700 hardware sequencer and ableton live as a daw with all that plugins and all those technical capabilities. i’ve recorded my tracks on the yamaha and run that hardware to the midiclock off live, record this into the daw to do fine tune. the album is a mix of both world, technical wise and track wise. the tracks from 2002 and the latest one are fit perfect together on ve palor.

How has your production and composition changed over the last 10 years?
i like to work with hardware, but over the years the software developed very well. in 2003 i bought a kyma system which is a fantastic dsp system in my opinion. i could operate this system with a hardware controller with motor faders and program the dsp on the mac. the sytem is ‘open’, like a modular synthesizer, so you can program feedback delays with a pitchshifter modulus and filters. all parameters are editable live with the remote. i used this system for live effects, feeding in, analyzing and reprocessing the signal of the nord modular g2 or the whole master out of the mixing desk. resample that in my emu e4xt ultra or in the akai mpc to produce drum pattern.

for the composition nothing has changed. i love to improvise on my keyboard and record as pattern on different tracks in my qy700. during live playback i can shift tracks to each other or edit the timing. that’s the magic. the nord g2 is running parallel with special percussion and drum patches. i love to tweak all the parameters on the hardware. you can’t do that with a mouse clicking from parameter to parameter. it is a more linear way of composing, than a serial. in addition to that workflow, i’m using the power of the daw running plugins like spectrumworx, grm, absynth, reaktor, massive etc.

i’m very interested in sound design. an arovane signature sample pack will be released on zero-g this year. i’m looking for companies in this sector to release my sound creations. i’ve made some very special field recordings around an old garden at the countryside. i made a lot of samples out of rusty objects, found in that garden, like an old engine, big tubes and metal clusters. i love to transform this sounds in absynth, reaktor and plug ins like spectrumworx. great inspiration for new tracks!

A lot of technology has evolved the industry since your last release. Streaming services, live interaction with fans, and social networking have become and integral part of music business and album promotion. What are your thoughts on this progress?
well, on the one hand it is a democratic process and progress. as a musician, you don’t need a big company to release and to promote your work today. on the other hand, this aspect killed all the smaller labels and a whole infrastructure in general. a computer company dominates the music market now. some people said: vinyl is dead, some other said: the cd is dead. the music industry feared by the kids, downloading music for nothing. i notice that there is a reversion. there is a growing niche market for vinyl and for people who want to buy a nice, physical product instead of an mp3. it is great way to interact with my fans via social services and to let them know about upcoming live gigs and productions.

What do you think of the state of electronic music today? Any particular acts that you are excited about and follow?
i found a lot of interesting music and people on soundcloud. to name a few: valance drakes at example is releasing mindblowing music and structures. thomas haighton is a highly talented programer and sound designer. cam mclaren aka consequence with his etcht label is a very talented guy. andré obin is a highly talented singer with a beautiful voice and an excellent taste for electronic sounds. there are many, many more. i’m in contact with sound designers and musicians around the world and we are talking about the electronic musical progression in general. some people are more into programing, some others specializing on field recordings and electroacoustic music. the lines blurred between music and sound design. the state of electronic music feels like a huge comeback of analogue equipment, all that modular stuff, maybe a hype, a good hype. for younger musicians a good start to learn to patch a sound from scratch. and it is very important to program your own sound, your unique sound. the state of electronic music: so many trends, so many directions. it is hard to find something special. i love to listen to morton subotnick, bernard parmegiani and eliane radigue, “classic” synthesizer and electro/computeracoustic music.

– How has the reception of Ve Palor been so far? Are you happy being back on the scene?
i’m very happy to be back on the track. i was overwhelmed by the feedback of my fans. ve palor got a very got reception around the world. i’m very thankful for that. it feels great to chat and meet with my musician friends, to meet for sessions, to be in contact with my fans and to work on new ideas.

We talked a bit of your approach to titling the tracks. What does “Ve Palor” mean, if anything?
ve palor means nothing special. it is a name of a sound bank i’ve used for the production. it sounds soft and ambitious in both way. i like to play with words in a creative way. i could take numbers for naming my sounds or tracks but i think it is too abstract. my sounds and tracks have a special character and so they need a name. i’m using consonants for percussive sounds and mixing syllables for pads or textures. resonating sounds with high frequencies are named ‘flirr’ or ‘fleed’, glitchy sounds named like ‘credt’ or ‘creev’ in combination with endings like ‘vec-scr- ven’ or ‘ve’. now you can build your own creation: vec-cra, in_tr, scrai-n, vleet, thaem nue…arovane nomenclature.

Do you think we’ll get to see your performance live? Maybe Mutek [hint, hint]?
to play at mutek or decibel would be a pleasure and very cool! i’m performing live with akitoshi mizutani (visuals) 15th of november at cynetart, with grischa lichtenberger in dresden. january 2014 a few gigs in belgium are scheduled and in june/july 2014 i’m performing live at supynes in lithunia. i would love to fly over to japan, france, spain, italy, greece, usa, uk… again, to play some gigs to play my music.

Be sure to read Headphone Commute review of Ve Palor