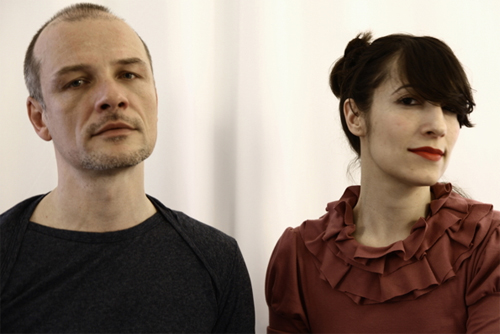 Lets start at the beginning. What is the concept behind Radioland and what particular aesthetic did you attempt to convey?
I started using a shortwave receiver with my setup in 2005, shortly after my album The Sad Mac had been released. For this pieces I had worked with various players of acoustic instruments, who played little sketches I had written for them. I used those recordings as a live input for my software instrument and made a final step away from multitracking and arranging music in favour to a mainly autogenerative process. I always loved the sound of shortwave stations, back from the days when I used to play with my radio alarm clock as a kid at night. Around the same time I also revisited my collection of records by Kraftwerk, Holger Czukay, Stockhausen and the likes and noticed again what a prominent role radio signals play there. So, after The Sad Mac was finished I hooked up a radio to my computer to replace the recordings of instruments and use the radio as an instrument itself. The results fascinated me, especially the interaction between my software patch and the random radio streams when the software was adjusted in a way that I would hear the radio input only in a completely transformed shape with a delay of several minutes. I became quiet obsessed with these sound creatures that seem to live a life of their own and by the idea to ‘receive’ snippets of sound that are all around us and use them as the exclusive source for my music. Later in 2005 I stared using this setup in a live context for the first time (documented here in a 96kbps stream) and played quiet a lot of shows in the following 3 years then.

Was this the first time you performed alongside Caro? How did it feel during the show and then seeing this recording being released on LINE?
Caro and I first performed together in a commissioned piece we created for the Sonar festival in Barcelona in 2010. ‘Constellations‘ is a completely acoustic piece performed with Ebows on a renaissance keyboard. For the show at Panoramica Buenos Aires early in 2011, Caro played a vintage zither instrument using Ebows while I played the radio and computer. Both, the zither and radio were fed into the software process where they modulate each other. While the radio alone can produce quiet harsh results, it’s the combination of the pure tones of the zither which gives this specific setup a more tonal and harmonically rich quality. It is definitely great to play this as a duo with Caro, and not only because we come to results that I won’t get when I play the same setup myself. It is very much the two different timings of the players which gives the duo version a special touch. We had recorded the show and since we both liked the piece we had shared the file with a couple of friends and it was Richard who offered us right away to release it on Line.

Tell us about your label, Schwebung, and the upcoming reissue of Radioland.
Ah, you originally asked me this question in January, and since then plans have changed a bit! With Schwebung I’m releasing new works on vinyl and as full resolution digitals. While the vinyl production is on a hiatus for the moment, I’ve made several reissues of my solo things and in a couple of days I will release a new work, ‘The Falling Rocket’ as a digital exclusive. ‘Radioland (Panorámica)’ will see a digital reissue in a couple of weeks I guess.

Are there any plans for unveiling the installation which was originally meant for Panorámica?
This concept seems somewhat doomed I have to say. It’s basically a grown up version of the visual concept I’ve been using between 1999 and 2011 for solo shows, a projection of a monochrome colorfield that slowly changes color values. Let’s say a monochrome yellow slowly fades to orange – red – violet – blue over a duration of 50 minutes. For the live shows I used a dedicated patch to adjust the color changes and projected them with a strong beamer onto a large screen on stage while I’m in the audience to control the sound. The installation version will comprise four large screens set up to form a square space for people to walk in, while the screens will be lit by computer controlled LED spots. In Buenos Aires we couldn’t realize this because the specific model of LED bars we need to archive the right effect were simply not available, that’s why Caro and I performed live instead.

The concept for the installation was initially written to be presented in two museums in Japan between May and June 2011, and by strange coincidence our performance in Buenos Aires on March 11 took place at the same time when the Fukushima disaster in Japan happened. We heard about it in the news when we drove home after the show. So unfortunately I had to cancel my plans to travel to Japan soon after, but I hope to catch up on this plan in a while. The concept might sound like a cromo therapy first, but from several shows I played I know this can have an effect that is rather poetic and also quiet dazzling, so I hope to be able to set up this space some day.

What are your thoughts on future collaborations with Caro?
Caro is very involved in her day job as a graphic designer running her own studio, so as much as we’d like to perform more often, we can’t really tour. We’ve just received an invitation to perform Constellations in a medieval church in Florence in September, that’s something we both look forward to. It is something special for us to perform together.

What are you working on right now?
As mentioned above, I have just finished a new release which will be available on March 20 from Schwebung. I’m working on a piece dedicated to renaissance composer Carlo Gesualdo, a special arrangement of pieces from his fifth book of madrigals I’m transcribing for Farfisa organs which hope to finish this year since 2013 marks Gesualdo’s 4th centenary of his day of death. In September I will play a tour with a trio I’m very much looking forward to.

Be sure to read Headphone Commute review of Radioland (Panorámica)