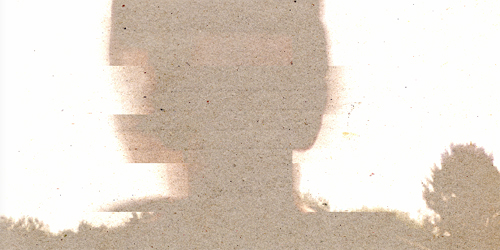 How did you get signed by Futuresequence?
I became familiar with the Futuresequence site when they reviewed my A Setting Sun Flower Garden of Rejuvenation release on Moodgadget. In February of 2011 I was asked by Michael [Waring, founder of Futuresequence] to do a mix for the site’s regular mix series, and when he announced that he was curating this SEQUENCE1 compilation I was quick to submit something. “Tonningsen Bus Stop II” was included on the comp and it was at that time that we began a dialogue about music stuff in general: new releases we were into, other artists we liked, that sort of thing. When I was working on “A Dream In Blood” (the song) I sent it to him for feedback, as a friend and a fellow lover of that style of music. He responded very enthusiastically and mentioned that at the beginning of 2012 he’d be turning Futuresequence into a full-fledged label, and asked if I’d be interested in releasing this with him. I was very interested; not only is he a great guy, but his taste in music and design is impeccable, and I could tell that he is very invested in it.

How does the sound of Sun Hammer differ from the output of your other alias, A Setting Sun?
Really not a whole lot objectively I don’t think, but to me Sun Hammer represents quite a bit more flexibility. I had sort of pushed myself into a corner with A Setting Sun, I felt, as far as what I was doing under that name and the kind of stuff I thought my label had come to expect. I was beginning to come to terms with all the different genres that had influenced me over the years and I wanted to be able to draw from them in my own music – genres like hip-hop, metal, glitch – and I didn’t feel like there was room for that with A Setting Sun. So I felt that moving my primary artistic work to the Sun Hammer project would open things up a bit, allow me to let some of those elements back in. I’m committed to keeping it like that, to have this exist as a project that will continually evolve and adapt to whatever comes up.

But back to your question, in actuality, Sun Hammer is a bit noisier, a bit darker with a bit more of a glitch element. I’m not so much concerned with ethereal, pretty-sounding music, as I am with exploring sonic boundaries and elaborating on more philosophical musical ideas.

“A Dream In Blood” has an almost sinister title. What was the inspiration behind the album?
I was very much inspired by some time I spent in Jefferson National Forest in southwest Virginia. I lived fairly close by, and would often take walks there, collecting photographs and field recordings. I noticed that being deep in the forest, especially near dusk, there is a particular feeling that could in a way be described as sinister. Something about this feeling fit with the music I was doing for the album. Though it seems something of a cliché, I find a great deal of artistic inspiration in dreams and the subconscious, and for me this also fits in with the quality I was seeing in nature and in the music. All of the songs on the album are named after dreams I had over the few months I was making it.

Was there a particular aesthetic that you set to accomplish with the sound on the album?
Yes, a major theme there was the relationship between consonance and dissonance. I wanted to look at how dissonance could be disguised within consonance, and vice versa, and to expose one or the other over long stretches of time. I became interested in the idea of “pivot notes,” and being able to shift the listener’s point of reference with the addition or subtraction of one note.

Another theme was using a limited musical palette to create a very broad work. The source material for the album was a minute-and-a-half recording of some sine waves I made and minimally processed, the JNF field recordings, and a little bit of Max/MSP stuff; nothing more. After I made the first piece, “A Dream In Blood,” I recycled all of its tracks and used them as the source for the following pieces.

Care to share with us some of your Max/MSP techniques?
Sure, I’d be happy to. The stuff that was used for A Dream In Blood was actually pretty simple. It was a trio of randomized signals, one was sine wave bass tones on the very low end of the audible frequencies, another was sine waves at extreme high frequencies, and the third was a randomizer of SuperCollider’s noise objects. These would be triggered at various lengths, and at various pitches, with the addition of simple amplitude-based effects like tremolo. Something happened with these tones at certain tremolo rates that I found very interesting, and when I brought it into the mix it added an element to the music that I just loved. It was a little noisy and discordant and random-sounding but sitting back in the mix it possessed a kind of softness and gentleness that with the sonic extremes present in those sounds helped to widen the sound spectrum.

Read Headphone Commute’s review of A Dream In Blood