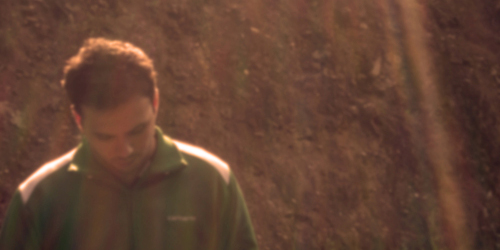 You’re based in Greece, and Symbolic Interaction is in Japan. How did you end up getting signed on the label?
With internet of course. Internet helped me a lot in my music. I made my first step in releasing music through various netlabels. There I met Headphone Science (Dustin Graig) with whom we collaborated in two projects. Dustin later on released an album on Symbolic Interaction. Through this way I was introduced to Kentaro Togawa who runs Symbolic Interaction. At that time I decided it was about time to make a physical release and Symbolic Interaction really fits with what I do. We discussed about a potential release with Kentaro and finally it came up some months later.

What is the theme behind this album? Is there a main protagonist?
To make this album beside some new tracks, I collected tracks and ideas from the past and I re-processed them without having in mind a theme or a project or a protagonist. But when I was processing the old ideas I found many forgotten memories in these tunes. So the theme its basically my childhood and how I was looking at things then. Sometimes is just a feeling of happiness or sadness.

Tell us about the cover art.
The cover art is based on a dreamy place where I want to spend my weekends with friends. A small field like a glade in the middle of a forest. That’s what “out in a field” stands for. I found this dreamy place accidentally on a photo taken by Graig Parker (aka panic embryo on flickr). I’m really honoured by his contribution with this photo. It meant a lot for me.

What is your production setup like?
Nothing special really. A pair of active monitors, a pc, a macbook and a microphone. My music is based on digital equipment and everything is processed digital. I find more interesting to work with less equipment and software cause it pushes you to make more things and not get lost with quantity. In digital music you can easily lost your appetite to make music trying to catch up with the latest software or trying to learn them and I can be bored very easily.

What inspires you?
Mostly simple things I guess. I can be inspired by the afternoon light running through my curtain in my room or a ride with a car. I like long rides by the sea when the day is nice. All these things makes me feel nice and calm and through calmness I can get a lot of inspiration.

See also Headphone Commute review of Out In A Field