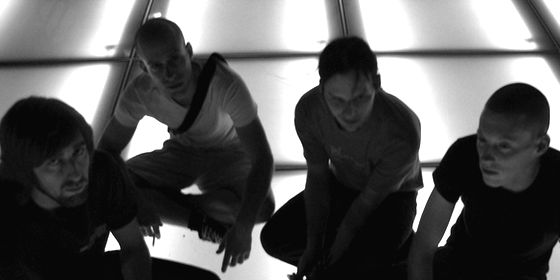 – Can you tell us how Milhaven was formed?
Milhaven was founded as a trio in 2001 by Christoph, Jens and Johannes (b). Three years later, we played a live show at our home town, where we met Andi, a former school mate of Christoph. Andi (g) joined us on the second guitar to provide more melodies. 20 days later, we performed our first show as a quartet.

– Where does the name come from?
It is borrowed from a Nick Cave Song. But irresponsibly and obviously misspelled.

– I see the image of the whale on your album, and I always confuse your name with Melville (who is the author of Moby Dick). What is the symbol of the whale?
The whale is the most powerful creature living on earth, something to be feared and adored past belief and, finally, the downfall of Ahab and his crew.

– Is there a central theme to the album?
No. Well, maybe two: Criminals and animals, if you listen carefully.

– I can definitely hear some Godspeed You! Black Emperor on the album as an influence. Can you tell us about that?
Godspeed had quite an influence on many bands of the genre. And quite a lot of these bands biassed our perception of music. Thus did gy!be.

– How did you land on Valeot?
By fortune. Or, precisely by Sven Swift, the producer of our previous releases. He introduced us to Alexander Vatagin, who proposed to distribute our new album.

– What are you working on right now?
Answering these questions. And rehearsing some long forgotten songs for our upcoming shows.