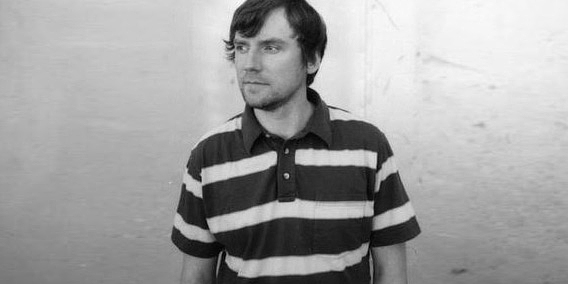 What is the connection of your music to rain?
Mostly the fact that I live in a rainy city (Vancouver) and this affects me which affects my music. The sound of rain is also very interesting – a randomly generated texture comprised of many small sounds.

You already commented on your choice for using vocals on the album. What do you think of the overall reception, and will we see more tracks like this?
The reception is mixed which is what I expected. Some people appreciate it for boldly stepping outside of the loscil comfort zone and others despise the track and the fact is appears at the end. I’m not sure if I’ll do it again. That depends on finding the right collaborator and making the right track together.

“Grief Point” appears to be an album that has never been made. We know the answer to the making of Grief Point. But what is the question?
This would properly be answered by Dan as they are his words. Grief Point was made, however – under a different name. I’ll leave the mystery to be solved by someone else.

There a few elements of ambient dub on this album. Can you elaborate on that direction? Are there some minimal dub artists that you follow?
Well, the Rhythm & Sound stuff for sure but mostly I just like classic dub of King Tubby and the lot. Its pretty intoxicating stuff and super minimal – bass, the occasional melodic bit and lots of echo. To me its on par with Arvo Part or Steve Reich in terms of perfected minimalism.

Tell us a bit about your selection of cover art, taken by your daughter.
Sadie was into taking photos for a while. She was taking my DSLR and just firing away. One day I gave her the camera while we were out for a drive and she took these photos. They are beautiful, what can I say? I love the perspective (a perspective and adult would have trouble getting I might add) and the fact that the autofocus picked up the window drops as “the foreground” just seemed really appropriate for the record. Plus I had a bunch of rain recordings I was using as source material for the sounds on the pieces so it all seemed to make sense.

What is your studio setup like?
Mostly just a powerbook with Max/MSP set up in the back of the house with a breakout box and a couple of monitors. I have the luxury of access to the recording studio where I work for recording live instruments and a variety of tools for mixing and mastering