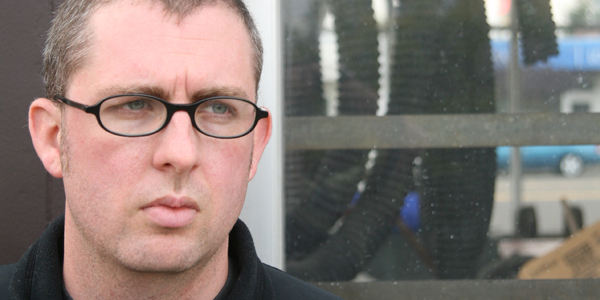 The twenty dollar question: would you call your latest release “pop”?
Well, I was focused more on verse/chorus song structures on a few of the tracks, so in that sense yes. That’s mostly how I conceive of “pop” in a musical sense, as opposed to the typical build/break-down song structures in electronic music. But, “pop” means radio friendly to most people, so I guess it depends on who you ask there.

Tell us about the “new direction” on A Certain Distance. Do you think it’s an actual departure from the sound of Lusine?
It’s a departure for me musically, but I’m sure a lot of people that know my music see a lot of similarities with the past. A small change to some ears can be a dramatic difference for me.

I found that each track can stand on a solid ground all on itself. Is there a central theme around the album?
Thanks. I think the central theme maybe is to kind of draw a line from the past to the present. Because I was working with lyrics, there was a lot more of a literal meaning behind specific tracks, so that was interesting. It made those tracks more grounded in actual events and concepts surrounding my life and my collaborators’ lives. It makes for a more interesting song writing experience I think.

Tell us about your collaboration with Vilja Larjosto. How did tracks turn into songs?
I met Vilja at the Red Bull music academy in Seattle in 2005. I was a studio engineer and she was a participant. We recorded a couple of vocal ideas when she had the time. One of them, I made into a track called “Weaver” that I released on the Emerald EP. I had some vocals still sitting on my computer a few years later, and I went back to them and realized I could make a track out of them. That was “Two Dots.” She had structured them differently, so I cut them up and changed the rhythm and then recorded more vocals from her to fill out the vocal track. We worked on “Twilight” long distance. I sent her a musical idea and she came up with vocals, and we went from there.

Language Barrier is still one of my favorite albums. Is there another minimal and ambient album in store for us?
Maybe, but I have no plans for that. It’s a lot of work to keep a consistently ambient mood throughout a release like that. It was a perfect time for that album because I had just finished working on a film score, so I was in that head space already.