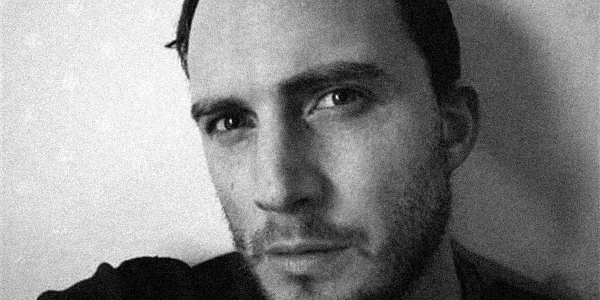 How did you develop your deep attachment to nature? Is it also a way of connecting to your past, your childhood?

Like many people, I started out with a deep attachment to nature. As a child, I wanted to be an ornithologist or a cartographer. But for some reason studying biological science at school left me completely cold, and I lost interest, and there certainly wasn’t any academic outlet for my obsession with maps. So these things gradually dwindled and soon adulthood came with that way it has of driving a wedge between us and our passions. Modern culture. Television. Careers. The built environment. These things conspire to make us forget. It was only recently, when I spent five years in relative seclusion in rural Lancashire, that I had a kind of epiphany. A return to what mattered. Moreover, I discovered that the natural landscape isn’t merely pretty, or scenic, or picturesque. My experiences out there in the woods and fields can really only be described as a spiritual reawakening – but one which had no reference to God or any specific religion.

Can you tell us a bit about the ritualistic aspect of your creative process. It sounds almost like it is a religious experience for you.

For me, I wouldn’t make music if it wasn’t a meaningful act. It’s not about the end result, it’s about the process. The gesture. The ritual. Nature, the landscape, and its history are the source of my inspiration, so my creative processes have been oriented around making some sort of meaningful connection with that source. “Landings”, a work that has occupied most of my last four years, has been about making a connection with a particular landscape – that of the West Pennine Moors in Lancashire.

Initially, I would make recordings in disparate locations. The songs would arise out of layering these different recordings together, thereby symbolically connecting the different places in which they were recorded. I would also play the sounds recorded from one place into another, using portable speakers, and record the results. The process was often repeated – it wasn’t as much motivated out of an interest in the sonic possibilities of the act, as in its gestural connotations. Repetition makes ritual.

As time moved on, my actions became more imbued with private significance. I would bury strings beneath stones or soil, or in the river’s shallows. I’d leave small instruments (a zither, singing bowl, chime bars) out in the landscape for weeks, before reclaiming them and using them in the studio. I’d collect various natural ephemera (stones, bark, pine cones, feathers & bone) and use them as plectra to sound my instruments. These “thing-poems” acted as a symbolic connection to the landscape itself. “A flint for the memory.” And by simply being placed within sight they acted as components within the ritual of creation.

You put a lot of care and effort into the releases on your own imprint, Sustain-Release. What does that mean to you? And is it sustainable?

Music is aetheric, temporal and insubstantial. Sustain-Release is about trying to create a landscape for music to inhabit. To ground it in reality. To give it a physical, tactile presence. Initially I did this through pairing the music with my late wife’s artwork. The idea was to present art & music on an equal footing – two halves making a whole. Subsequently, I’ve been binding my discs in successive layers of cardstock and paper, such that opening each release is like a ritual in itself. The artwork is stripped back to almost nothing. Sparse typography takes the place of images. It draws attention instead to the imagery created by words, and its spareness emphasises the tactile quality of the materials themselves.

This effect is most notable in the special edition boxes that I make. Each one is filled not with music but the items I’ve collected from the landscape. Pine cones, seeds, leaves, bark, small stones, phials of soil and river water. I only take what is given, or those things that have fallen from a plant or tree. As I mentioned before, these things act as connective tissue – they literally bring the landscape which inspired the music directly to the listener.

I feel a great privilege in being able to make these things for other people, and will continue to do things in this way as long as I am able. It would be nice if they could be gifts – the nearest thing I can do is incorporate the recipient’s name into the artwork, on an equal footing with the release notes and track titles. Reading people’s kind words on receiving their package – on opening the artwork and listening to the music – is what keeps me going.

You’ve fairly recently started releasing your material through other labels as well. That must give you access to a wider audience. What’s ahead for you?

I’ve just published a book through Sustain-Release, to coincide with the release of the “Landings” CD/LP on Type Records. Also called “Landings”, it’s a collection of writings about the landscape of the West Pennine Moors and may shed light on the inspiration and processes behind much of the music. Writing seems to be playing a bigger part in my creative life these days. To that end I’ve begun a poetry press with my partner, Autumn Richardson, called Corbel Stone Press. It’s been in gestation for the past year and we’ve just published our first chapbook, entitled “The Typography of the Shore”.

I also have a new A Broken Consort album, which is out in early February on Tompkins Square Records. It’s called “Crow Autumn” – a reworking of two recordings (“Crow Autumn”, and “Crow Autumn Part Two”) which I previously published on Sustain-Release. As ever, I’m hard at work on new music, some of which will hopefully come to fruition this year. I’m also hoping to publish a book of photographs that will act as a companion to “Landings”.