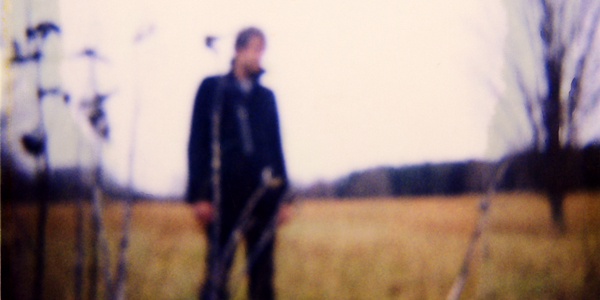 The Seas Between captures intercontinental distance between US and Japan. Tell us a bit about the concept behind the album, and how you came about creating this work.

The title ‘Seas Between’ came from the idea and realization that the sea, specifically the Pacific Ocean, has been one of the only and few constants in my life. I was born in the US, but moved to Japan when I was five years old with my family. I lived there until I graduated from high school, moved to Bellingham, WA for university, and moved back to Japan following graduation. Then some years later, I moved back to Bellingham again to live and work. Now I am in the midst of another move back to Japan with my wife and children. As a consequence, my sense of home is very fluid, like the sea. People always ask me where I feel most at home, and I respond by saying somewhere in between, which I suppose is most literally right here in the seat on this airplane over the pacific (where I coincidentally am writing my responses to these questions) as I’m on my way back to Japan, but also metaphorically, the sea between. The concept also speaks not only to distances without, such as geographical distances, but also to distances that can exist within – within our own person, our own identity, our own being. When I am living in the States, I often feel like half of me, my Japanese side lies dormant, below the surface as one side of me takes precedence and vice versa when I am in Japan. The sea has always helped me to reconcile these distances within and without. The sea extends, touching both shores, filling a void and yet creating one at the same time.

Musically, the album is composed of songs that were created from recordings made on both sides of the Pacific, both field and studio, and I felt that this was integral to the concept of the album. For my first solo album, I wanted to create something that was personal and meaningful both conceptually and musically. Which leads seamlessly to my thoughts on the next question…

Are there any secrets that you wish to share behind your recording process? What were some of the found objects and sources for field recordings?

Nothing secret really. Since I was using sounds recorded on both shores, I wanted to employ a process that was more than the simple mixing or layering of these sounds. Convolution, which I used throughout, allowed me to fuse these disparate sounds indistinguishably with one another so that they took on each other’s identity and harmonic and sonic DNA. Convolution is a process of combining two sounds to create a new third and is essentially the process by which you take one sound as a source and another as an impulse and you resonate the source sound through the impulse sound; like piano strings resonating within the body of a piano. The convolution algorithm then analyzes the shared harmonic structures of the convolved sounds and discards any dissimilar harmonic information. Musically and conceptually this was the perfect way for me reconcile the sounds recorded in various environs and from various sources and to create a new identity. Specifically, for example, on ‘November Skies Tokyo’ I took a recording of me playing my Polish grandfather’s old accordion and convolved them with a field recording I made in a Pachinko parlor in Tokyo along with other street sounds. On ‘Snow Static’ I took guitar and Pianica (the first instrument I learned to play in Japanese public school) recordings, convolved them together, then convolved that with a field recording I made of snow, and then processed everything with a custom delay patch I made in max/msp. Those are just two examples from dozens of such scenarios that were employed throughout the album.

As far as field recordings and found object sources go, ‘Late Summer’ which is a song on the death process of the ubiquitous cicada during the late summer period in Japan, features recordings of the cicada singing their death song. The prominent field recording and ‘rustling’ sound that you hear at the intro of that song and throughout are contact mic recordings of an old elm tree across the street from my house on a windy day. You can hear the branches resonating through the trunk of the tree. ‘Winds May Scatter’ features a field recording I made of the interior of a Tokyo subway train car where the low end is filtered out and the sound is further processed. Elsewhere you can hear the omnipresent rain of the pacific northwest, the intense overtone and harmonic layers of Tokyo, contact mic recordings of the surface of a boat on water, hydrophone recordings of the Pacific Ocean made in Japan and the west coast of the US and the various streams that feed into it, as well as found natural objects such as leaves, stones, shells, snow, sand, etc. The list could go on and on as a lot of the field recordings are beneath the surface.

All of the instrumental sounds are those of acoustic instruments. I love the rich overtone and harmonic content as well as the inconsistencies that acoustic instruments impart. Even if I reduce an acoustic sound to a basic sine wave, I still feel there’s a richness there that pure electronics can’t provide. I also firmly believe in the importance of air and it’s effect on sound waves. So I always want my sounds to pass through the air at least once before they are committed to ‘tape’. Even when I use synthesizers I run them through amps and speakers rather than going direct because I want that acoustic space and air to be in there modulating the sound waves.

What is your musical background and what instruments do you play on the album?

My first formal instrument was the euphonium or baritone as it’s sometimes called. I played this for two years in middle school. There were two of us in band class playing euphonium. The guy in the first chair was a year ahead of me. I never learned to really read music, so for two years I would just play along by ear and would either mimic his line or create harmonies against what he was playing. When he moved onto high school and I became first chair, my cover was blown and so I had to switch to drums and percussion where I continued to improvise. I was always interested in song writing and composition though, and it’s difficult to compose solely from behind the drum set, so I started to teach myself how to play other instruments such as guitar, piano – anything that was lying around really. Though I wish I had, I never really had any formal training on any of the instruments, and have always played by ear, so to this day the first thing I do when I pick up a guitar is retune it some alternate tuning. I look at each instrument as a different color, shade or voice that I can use for writing songs so I’m not really too concerned with learning how to play instruments ‘properly’ or how they were necessarily intended to be played. Same goes with electronics and software. I’m more drawn to modular synthesis and modular programming environments. I was drawn to max/msp and other custom programming environments because it afforded me the same freedom that retuning a guitar did. I felt like I wasn’t limited by someone else’s system or way of thinking or approach to sound, and that I could begin writing songs and improvising right away.

Tell us a bit about your work with members of Opitope, Chihei Hatakeyama and Tomoyoshi Date, and the project Kuukoka.

I first met Chihei and Tomoyoshi while on a short trip back to Japan several years ago when they invited me to perform at a regular concert series called ‘Kuala Mute Geek’ that they organize and curate in Tokyo. Normally, a big part of this event is an improvised session that takes place at the end with all of the performers joining in. However, that night the venue they had rented only allowed us to be there until 10pm and so we ran out of time for the session. We were all disappointed so they invited me along with the other performers to come over to Tomoyoshi’s studio a few days later for an improvised session. I was the only one who showed up. We connected immediately both personally as well as artistically and we spent almost 10 hours improvising together, all the while recording the sessions, as well as cooking and sharing meals together. On a successive trip to Japan, we got together again at Tomoyoshi’s place, this time joined by Chib (an artist and friend on the Fat Cat label) and these sessions would become the basis for the album ‘Oak’ and the formation of Kuukoka. Needless to say, I’m glad the venue kicked us out early that night!

Since then I’ve gone on to collaborate separately both with Chihei and Tomoyoshi. Tomoyoshi, who is a physician, coincidentally ended up coming to Seattle for a residency at a hospital there, and during this time as well as on a separate trip we recorded an album’s worth of material at a historic church in Bellingham. This became the basis for our album entitled ‘Eisei No Yochi’ which is currently in it’s final mixing stage. It’s the most detailed and intricate work either of us have composed to date and we hope to find a good home for it when it’s completed. An excerpt from this work recently appeared on The Wire Tapper 22 compilation for the October issue of The Wire. Chihei and I just completed an album entitled ‘Euphotic’ which will be release on Infraction Records this coming year. It’s comprised of three long form ‘drone’ compositions based primarily around pipe organ recordings made in the same historic church in Bellingham that ‘Eisei No Yochi’ was recorded in.