Did I mention that music videos produced in collaboration with some of my favourite labels have become more and more like short films? Fantastic acting [perhaps without any lines], measured direction, and outstanding cinematography collectively deliver a wonderful package that genuinely shines, oh, so well, showcasing the music at the forefront, exactly where it’s supposed to be. So many times, a film score lingers in the background, with credit offered to a composer until the very end. I’ve got plenty of examples of that, not the least of which is an amazing work by the late Swedish composer and a dear friend, Marcus Fjellström, who scored the AMC series The Terror – good luck locating full accreditation for that amazing soundtrack. But I digress… In the last few exclusive video premieres on Headphone Commute, I showcased some outstanding cinematic works, and, dare I say, today’s premiere pushes that envelope even further. A short film by Amiel Courtin-Wilson with cinematography by Germain McMicking featuring a complete 10-minute piece by an Australian composer and director of the Australia Art Orchestra, Peter Knight, taken from his upcoming full-length release, titled Shadow Phase, out on October 7th via the beloved Room40. It is a carefully curated exercise in reflective restraint, dreamy atmospherics, ebbing dynamics, and divine textures expertly extracted from an unlikely instrument, which I have only once experienced through the Norwegian trumpeter, Arve Henriksen. “It is a music of verticality which creates a gentle revolution, spiralling simultaneously up and down, effortlessly generating a depth and openness, […] light and dark, of elements being revealed and concealed with unerring patience.” And in this case, “The Softened Shore” is beautifully captured here on film, which I invite you to experience in this premiere. Enjoy!

Through the simple process of exhalation, I explored my relationship with the trumpet, which has been through so many twists and turns. I let the tones produced by my breath unfurl on long tape loops and degrade beyond recognition through pedal and plugin chains, until the only imprint of the initial gesture remained. 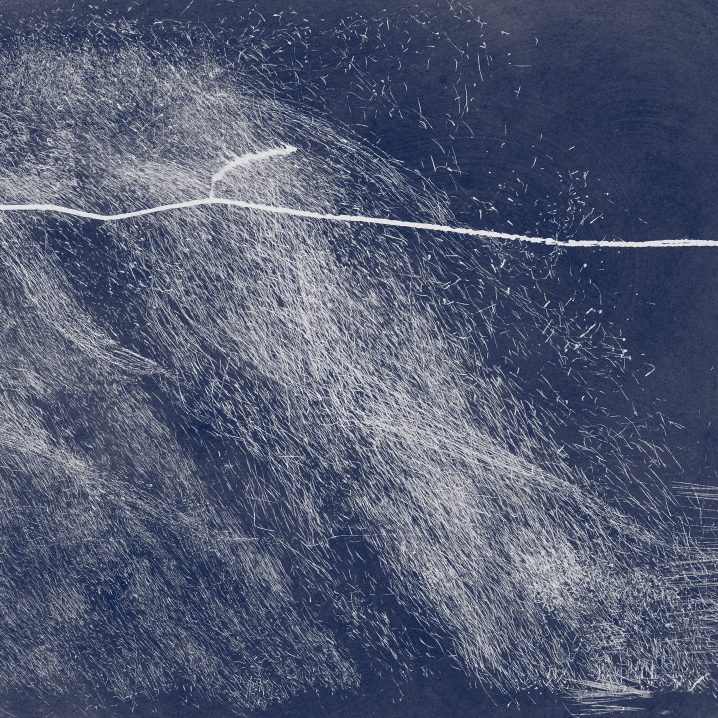 Once again, the full album is out on October 7th, 2022, but you can already pre-order a limited edition blue transparent LP (or a black vinyl) directly via Room40’s Bandcamp.