If you are a child of the 90s, and by that, I mean that you were born a decade and a half before, and spent your young adulthood in the rave scene, sitting back against cold warehouse walls vibrating with the bass of beating techno, collecting tracks pressed on 12″ to flog your sleeping neighbours, and driving for 5 hours at a time towards another empty space turned into a makeshift stage for worshipped DJs… if you are like me… then you are, of course, familiar with Cristian Vogel, who has made a career out of creating forward-thinking electronic music for labels such as Mille Plateaux, Force Inc., and revered Tresor. And as the decade rolled into the next millennium, this Santiago-born musician pushed sounds further, past beyond ongoing trend, with albums on Sub Rosa, NovaMute, and Shitkatapult, appearing on these pages once again, with The Inertials featured on the Best of 2013 list, Music For Crawling Through Abandoned Cities, and later Polyphonic Beings covered on the site in depth. So yes, I am a follower and avid fan. Which is why today I am excited to premiere a track from the upcoming album, titled The Rebirth Of Wonky, released on Endless Process February 4th. Oh, and I was able to ask Cristian questions on his process for this 25th full-length release!

Hello Cristian, where are you these days, and how are you coping with the lockdown situation?
I am in Amager, Copenhagen in a part of the city that is simultaneously gritty and beautiful. I have not travelled since my last gig, February 2020 at the Berlin Philharmonie. Since then I have been keeping fit, walking a lot, working on music, getting stoned every now and then, learning new tech stacks, home cooking and trying to figure out how our careers are going to survive all this. The pandemic has been catastrophic to the Arts. I’m glad I wasn’t really a touring musician anyway. I always much-preferred studio work than live shows. Just gotta figure out how to make ends meet working in an industry that doesn’t pay its creatives a penny combined with a devastated live culture. I won’t say it been a breeze, no – but I am healthy and fortunate, I live for music after all! So anyway, I made an optimised setup in our front room from the very start of the first lockdown, because I wasn’t sure if my partner (who is also a music producer) and I could work in the same studio like we did before. As it has evolved, the home setup has turned out pretty neat, I must say… everything is within arms reach and I buy and sell equipment on Reverb.com to get the optimal tooling for what I want to achieve in the studio. Neighbours have been quite understanding, all things considered. I wrote the new album here.

How much of your new album was composed with Kyma and what other gear contributed towards the final production?
Actually, I didn’t work much with Kyma on this album – perhaps some touches here and there. Rather, I mostly went for electronics and modular synthesis all the way. My modular setup is a collection of carefully curated voltage-driven music computers and analog signal processors, all wired up together with loads and loads of patch cables. I also used a Sequential Circuits Pro3 and occasionally my vintage Oberheim Xpander (formerly owned by Nik Kershaw btw). Of the Eurorack modules, some favourites have been Monome Teletype, Grid, ALM Squidsalmple, SteadyStateFate Entity and many flavours of filtering. I also worked with some nice outboard for mixing, like API 8200 and Calrec MiniMixer Mk2. Digital mixing is done through pristine and versatile Metric Halo 3D convertors. 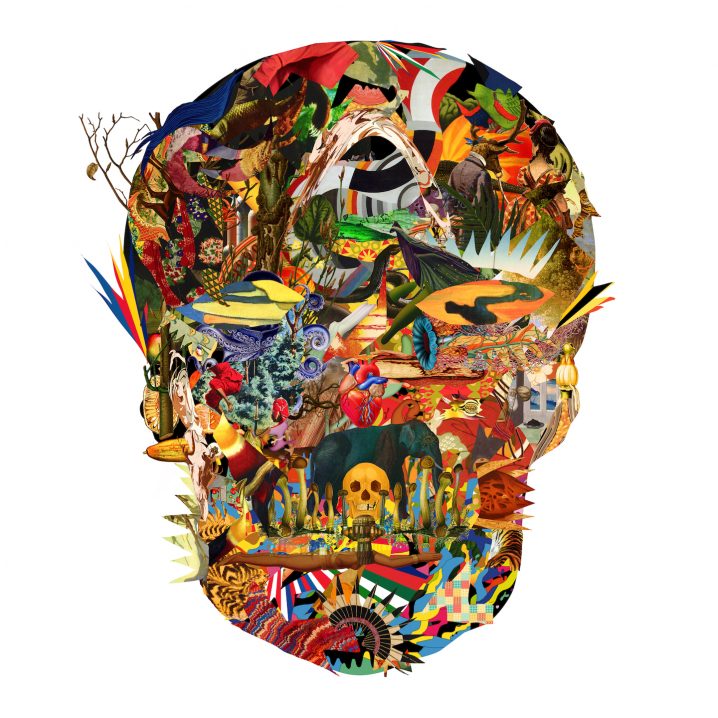 Any particular new techniques that you tried out for The Rebirth Of Wonky? And how has your approach to music composition changed in the last year, especially as it relates to isolation while dealing with anxiety and hope?
Not that I tried this as a ‘new technique’ but I didn’t really want to edit that much – it’s hard work and repetitive and encourages bad posture and anxiety thinking. I want to avoid getting stuck into the stutter process of flowing on instruments, then leaving that nice free mindset to seek some kind of perfectionist hell in the edit. I like the flow with all its modulations, abruptness, surprises. Deciding after the fact that there were loads of ‘mistakes’ and surgically removing them isn’t really what I’d call a ‘flow’. After all these years, I have developed a repulsion from that audio loop approach of certain DAWs and producers that will remain nameless. I prefer to choreograph a track as much as possible, finding places where I can flex and pivot the sounds, and record it all in a reliable way to multitrack for doing the final studio mixes from the sessions. I don’t mind doing a bit of nip and tuck, or a few nice digital effects on the DAW in the final mixdowns. But structurally, I keep things pretty much to refining the best out of a few days takes from intense patching. How that all relates to coping with anxiety and emphasising hope for humanity and nature each day – well, I guess the answer to that is in the results.