… these are the atomic layers of ourselves… 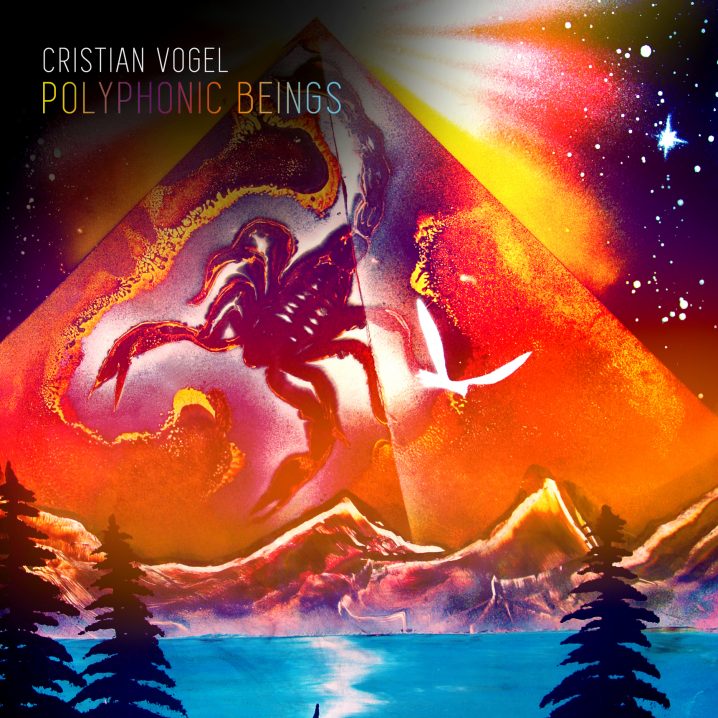 Cristian Vogel has had a musical career full of twists and turns, and the main takeaway is that one shouldn’t necessarily have expectations of his music when approaching any given release. Whether exploring outer limits electronics with some of his Mille Plateaux albums in the late 90s, raucous, weird techno on Mosquito or Tresor, or cross-cultural sounds on an album like Rescate 137 (NovaMute, 2000), Vogel is anything but predictable. In recent years he’s veered rather swiftly away from the dancefloor altogether, applying his ear for sound to a series of modern dance commissions for Sub Rosa.

Polyphonic Beings is a particularly exciting one for me because it feels like a hearty convergence of those disparate sounds and styles and approaches. Since Vogel formally announced online that he was essentially abandoning dance music moving forward, it’s interesting to hear how his productions have evolved; regardless of his intentions toward or away from dancing, this is music smartly informed by years of work in a variety of sounds.

In his 1972 lecture entitled ‘Four Criteria of Electronic Music’, the composer Karlheinz Stockhausen touches on a compelling idea. When we hear music, we are modified on levels we are not able to perceive – he refers to the “atomic layers of ourselves”. It struck me that if indeed we are embodying music so deeply into ourselves, then surely we begin to resemble that music – in some sense, we become what we hear.

“Exclusion Waves” has the pulse of dub, but it has intricate, skittering details that push it into something other. That dubbiness continues on “McGaw’s Ghost,” with a familiar sounding snare and delayed chords and zippy synths (giving it the slightest nod to dubstep), and it’s a smooth ride, but it’s after these tracks that the proceedings get more interesting to my ears. “How Many Grapes Went Into That Wine?” starts with a plodding, chunky snare that is patient and steady, but before long it shifts shape into something more urgent and weirder, with mangled sounds and an ascending, bending quality to its arc.

Let’s say that we are what we hear. I propose then, that we expose our cells to the wildest music quality, to the deepest transformations. I have faith that this music can be abundant and that it opens up new ways of being which are unimaginable without having heard it.

It’s cool and new, disregarding most trends and instead just focusing on sounds that are interesting on their own, something for which Vogel has almost always been reliable. “Lost in the Chase” continues from there, an odd listening track with a sense of urgency in its persistent patterns, offset by a slower, repetitious lurch and busy, frenetic drum fills. It’s a sharp contrast to the closing track, “Society of Hands,” a quiet, patient ambient piano track that eventually features an unusual vocal atop.

One of the greatest qualities of music is its empathy, its fundamental outwardness. Through the process of listening, its healing intelligence is transferred into us all. Freedom is the basic condition for the continuing revelation of this music, in whatever forms it decides to manifest.

It’s satisfying to experience the diverse landscapes of Polyphonic Beings with no preconceptions or expectations; Vogel is an auteur to be appreciated for his originality and singular path to creative success, and this album is another triumph. The album is released late in the year by Shitkatapult, a Berlin based label for abstract and minimal electronic music, run by Marco Haas and Apparat.