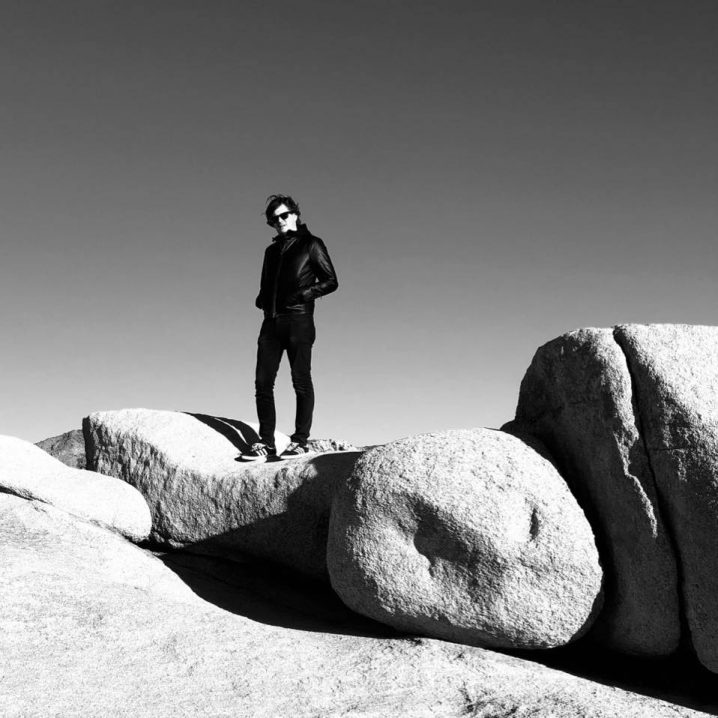 Editor’s Note: The following interview took place on March 19th, conducted on Twitter (with some participation from the public) between @H_C and @BlackKnoll. The following is a [slightly edited] transcript of this live exchange.

Hey Rafael, and welcome to the first Headphone Commute TwitterAMA… So where are you at this moment and how is the weather over there?
Thanks so much for the invite! I’m in my studio in NY mastering a film score. It’s cold and sunny here. Nice little sun rays for a change! How’s London tonight?
We had a storm they called The Beast From The East 2.0, but I don’t think that England understands the definition of a “storm” – lol… Now, of course, I want to know what score you’re mastering… any chance you can tell us, or is it a secret?
Ha! We have another Nor’easter coming this week. Meh. Score: it’s an indie film with music by @_MichaelMuller from @BalmorheaMusic. Really lovely!

I’m currently playing The Unintentional Sea on my monitors — one of my favourite albums… OK, I lie, I’m still in love with Daydreaming!
Oh, that old thing… hoping to re-release it one day. Of course, I’d have to re-record the entire thing from scratch since I don’t have any files for it. Maybe not a bad thing. Start it from scratch!
I also still have Hopes And Past Desires from that night in Chicago when I met you for the first time, and you handed it to me on 7″ vinyl…
Oh boy, that tour… The Vicodin tour. I had spent the night prior to that show at the ER in excruciating pain from a rotted tooth. They gave me a Vicodin supply and antibiotics for the two weeks, I wasn’t going to be able to see a dentist. Show must go on!

What music do you listen to when you are not mastering or composing? Is it something drastically different? I imagine you walking out of your studio after 48 hours of drone and putting on breakcore – lol 😉
You’d be surprised. I’ve been on a Phil Collins kick all of last week after watching that 808 documentary. 80’s soft rock & pop. Things I heard as a child without realizing it had gear I love.
Oh yeah, you’re talking about @808TheMovie – a very dangerous film, because I think it cost me a pretty dollar after I watched it (hehe).
Yeah, it’s amazing. I loved that story about Marvin Gaye’s 808 that Soulwax was telling. So cool!

Can you talk a bit about Midnight Colours? Was this indeed your first cassette release?
Yeah, actually! Dunno why I hadn’t done one before. Wayyyyyy simpler than cutting a vinyl record. It was a pretty seamless process. Hoping to do more in the future.
Were you specifically targeting the medium when you were working on the album or did it come around later?
I didn’t for Midnight Colours, BUT actually did for Sirimiri (on @UmorRex) We plotted so the cassette plays in a loop (when you use autoplay function on a tape deck). Same content on both sides sequenced with that in mind.
Ah, sweet! I was going to ask about the Umor Rex release! Now I gotta find the right tape deck, hah! What’s next? Individual loops?
I’d definitely like to do more cassettes, for sure. Looking into continuous tapes, though they are prohibitively expensive to make a release viable atm.
Speaking of “expensive” what are your thoughts on your music being resold on sites like Discogs at such a high premium?
I’m really annoyed at the ppl who buy something with the sole intent to flip it on Discogs! We don’t make LTD editions cause we’re trying to profit. Quite the contrary: there is no profit, so in order to lose less money, LTD editions it is. […] Making records is VERY expensive (particularly when you are competing for pressing plants against a 15k pressings of Guardians of The Galaxy Vol.2 vinyl pressing).

I know you told me that you were one of the lucky enough to attend that @AlvaNoto & @RyuichiSakamoto concert at “The Glass House”… Seriously, how was it?
Yeah, I engineered it! One of those flukes in life. I’m a massive Ryuichi fan, so that was quite special to not just see it, but also be part of it in a minuscule way. Such a beautiful evening. So thankful for that experience.
Yes, but what about that @Ghostly night at New York’s @lprnyc and you saw Ryuichi Sakamoto in the audience before your performance!!! How magic (and nerve wrecking) was that???
Oh man, that was brutal… I remember he had just flown in from Germany and was exhausted. I remember he was nodding off a bit and I was like… OMG. I’ve bored one of my heroes with my shitty music. That was fun. My legs were shaking onstage!
I honestly don’t know how you guys do it… how you perform that is, in front of an audience… you know that I’m sitting in there, peeling apart every tiny f-up, lol… just kidding, of course – no one ever notices anything except the performer themselves!!! 🙂
Well, you know I’m usually totally pissed, right? I need like a bottle of Rioja before I go on. ***I’m joking mum****

One last question. I have to ask about The Sight Below… you think he’s ever coming back?
Funny you asked. I was earlier today going through some of the material I had written for @MUTEK_MX show. Hopefully, I can get it together!