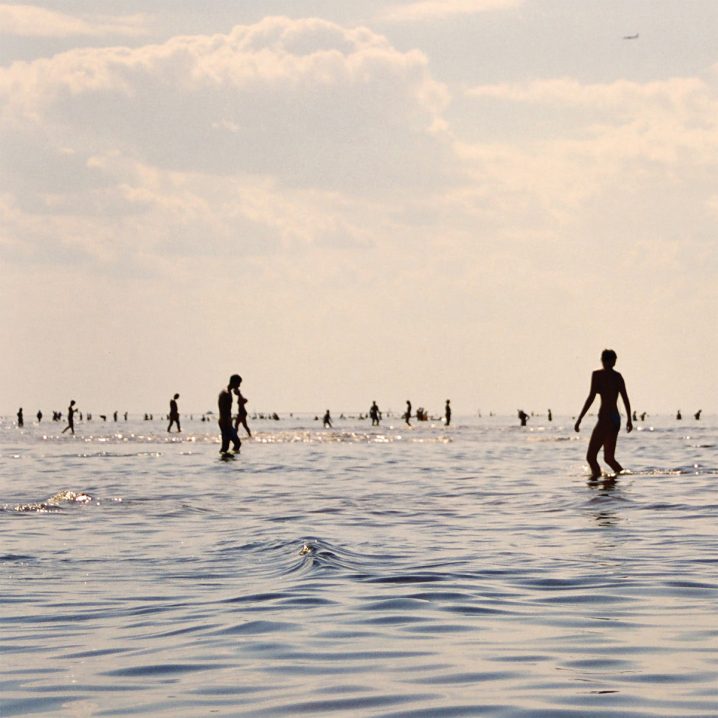 Wales based Serein has been in existence as a netlabel since 2005, converting to a full-fledged physical imprint five years later, with Nest‘s Retold (2010), and it’s fair to say that I have hungrily consumed and publicly praised every one of Huw Roberts‘ curated releases. With Serein, quality comes before quantity, as is evident by their schedule, and only this, eleventh, official LP in the last seven years. In fact, last year, I was almost worried, since Roberts put out only a single compilation, Orbital Planes & Passenger Trains Vol. 1 featuring many of my favorite artists [a nod to ‘commuting’ perhaps?], but with this latest project by Andrejs Eigus, who goes by the name of Selffish (don’t forget two letter ‘f’s there), we’re back in business, baby, and the silence is redeemed!

On He She Them Us, Riga (Latvia) based composer fuses elements of jazzy instrumentation with mildly emotional electronica, field recordings, and ambient loop based phrasing, clicking away with the slow downtempo[ish] rhythm first appearing within the early IDM scene. In fact, the overall feel of the album reminds me of the netlabel times, exploring the combination of minimal, sample-based, percussive beats and organic sounds, playfully dancing within a carved out, atmospheric head space. Listening to this well-produced record, I flash back to the days of Sutemos, Thinner, Monotonik and Autoplate, all of them, sadly defunct. This is where most electronica was born, my friends, with some more prominent labels, such as Merck, Mille Plateaux, and City Centre Offices backing the music scene with their physical releases. And now, we’re all “grown up”.

Finding solace in the stillness and beauty of the countryside around his home city of Riga, [Eigus] would record the sounds of these places and return with them to his home studio: “Each time I went to visit a secluded corner of nature outside my hometown, I usually felt a strong desire to produce music. Especially when hearing the sounds again at home”. The music could be seen as a further distillation of these moments of reflection spent outside, an attempt to recreate some fleeting moment.

These moments are then delivered to the listener, with their peaceful sounds of the waves, open-air environment, and head-nodding studio work carefully weaved into a post-classical electronic music. I suppose that it’s just as good of a time as any to mention that Selffish has put together a mix for Headphone Commute podcast back in 2010, which he titled Reference Point, one that I usually revisit after every rotation of He She Them Us. Recommended for fans of nature, city sounds, and imaginary places in the world of electronica. Be sure to check out all of the albums on Serein, and keep your eye out for the upcoming release by Kryshe.