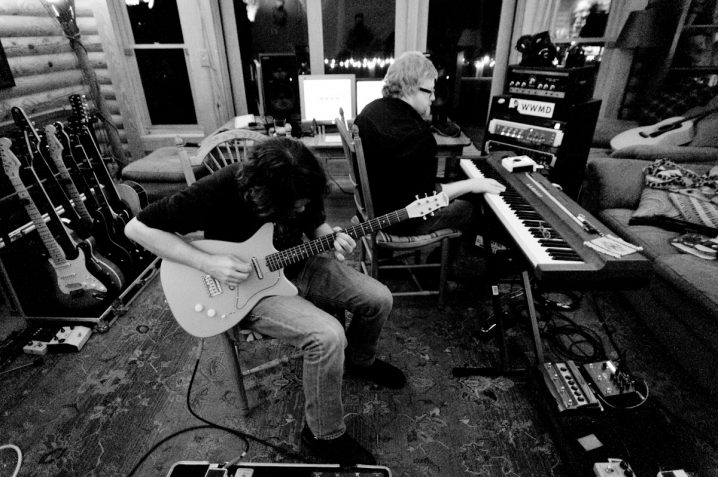 [Editor’s Note: all answers for Hammock are furnished by the two members, Andrew Thompson (AT) and Marc Byrd (MB)]

Hi guys, where are you these days and what have you been up to this past weekend?
AT- We are still here in Nashville, writing and recording. Worked on string parts for 4 songs yesterday and have several more set up for additional string and choir arrangements. Always something new on the horizon.
MB- I’m working on some long form pieces… Lots of deconstruction and dismantling of original tracks.

There is some mention of “personal struggle, doubt, and change” on the press release for the record, can you elaborate on what’s been going on with you?
MB- Not really… Things have changed since this record was released. I have a different perspective on what “true” struggle really is. The loss of my nephew two months ago has cast new light on what I used to consider “struggle” to feel like. This type of grief and what my family is experiencing right now is like nothing we’ve ever known… not even close. We can glorify angst, melancholy, darkness and struggle and say that it makes for “real” and “authentic” art. But that’s just theoretical. When something like the death of my nephew happens, when I see my sister and her family in the throes of a grief like the loss of a child… you start to realize what a hollow, manufactured drama “suffering for your art” really is. Most of us don’t need to be reminded that life can be sad… that’s not an original concept when it comes to the nature of existence. Joy… that’s the thing that can be fleeting. (If you’d like to learn more about NF2 or make a donation, go here) 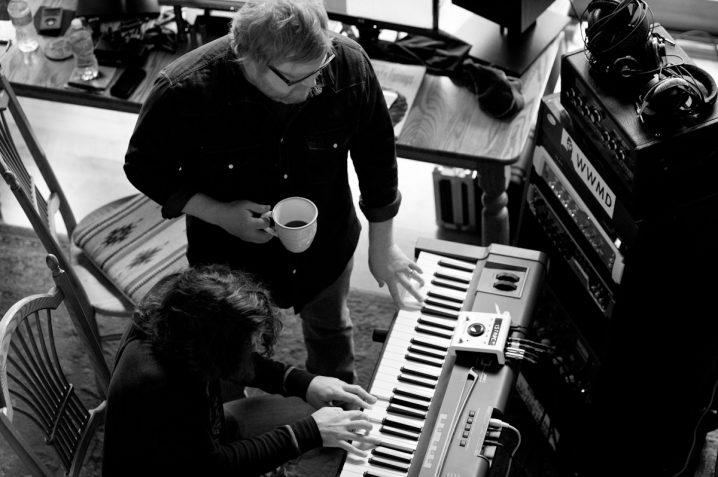 What new techniques and what tried and true Hammock soundscapes have you tried on the new album?
AT- Marc and I are always trying new and different things to achieve the sonics and feel that we are going for. It varies from record to record, from song to song and from instrument to instrument. The goal is always to serve the song and finding out how best to do that is always different.
MB- I’m in a “destroy the original sound” kind of mood right now. Creating sound in the same way that abstract paintings are made. Record the track by running the sound through the studio headphones, Mic the cans up and see what happens. Using a really crap tape recorder to record the track coming through the speakers, mic that up and see what happens. I drive Andrew crazy when I get in these moods because I’m not the best at documenting what changes I’m making as I go a long.

Tell us more about your decision to prominently feature more vocals on Everything and Nothing.
AT- After having released “Oblivion Hymns”, which had almost no drums and was much more classically influenced, we wanted to change gears and release a record that was a bit more beat oriented and a lot more aggressive. The vocals just came naturally for some reason under those circumstances. The pieces that we kept on gravitating towards in the final selection process happened to be those more vocally oriented songs.

I think it’s Andrew’s wife, Christine Byrd, who offers us “angelic vocals”, but who is behind all of the male vocals?
AT- That is actually Marc’s wife, Christine, on “angelic vocal” duty. She is our secret weapon, no doubt. Marc and I did all of the male vocals on this record.
MB- There is a lot more of Andrew singing on this record… Proud of him for stepping out.

Who else appeared as a collaborator on the album?
AT- I would say that Peter Katis made a huge impression on this album. I don’t think the record would have been the same without him mixing. He provided a cohesiveness and warmth that brought everything together in the end. 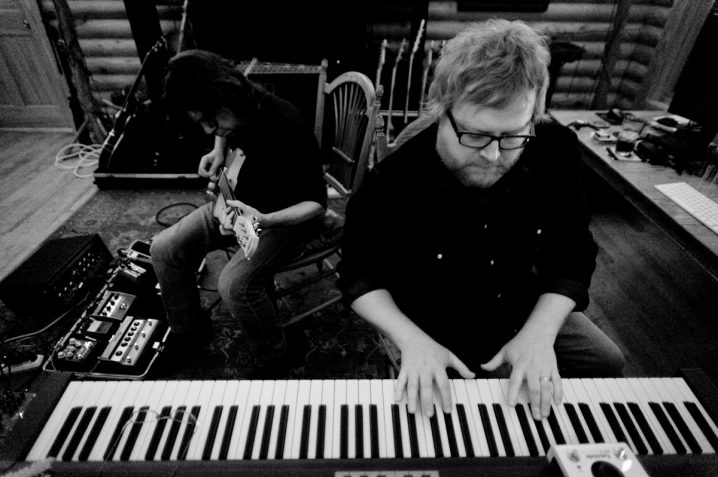 The underlying current of the album feels full of melancholy and sorrow, yet many pieces appear to be written in a major key. Was this a deliberate approach and how did you reconcile these polar opposites of tones and arrangements?
AT- In the midst of the writing, recording, and song selection process, we generally will start to find a similar direction that certain pieces seem to flow towards. This record was a bit difficult in the beginning, finding that common thread. I think you are correct in pointing out that dichotomy between melancholy and redemption (the major key), because those were the songs that seemed most cohesive together.
MB- I think we intentionally set out to make a record more diverse in mood. Our second full length, “Raising Your Voice… Trying to Stop an Echo” was like that. We wanted to get back to that, especially after releasing a record like, “Oblivion Hymns.”

A question outside of the latest release: how does it feel now that you’ve expanded your own label, and released Slow Meadow? Are there more artists that you’re planning on signing?
AT- Matthew Kidd really fits in with our aesthetic here at Hammock Music. We all really love what he does and his artistic vision. We’re very proud to have him as our first label mate.
MB- He’s talented, he has a specific artistic vision, he’s hard working and self motivated… He’s also super nice. What else could we ask for?

What’s next for Hammock?
AT- We already have another record well on it’s way to being finished. We are always writing & recording, no matter what else happens to be going on. We have also been approving mixes for the new bonus tracks for the “Raising Your Voice” 10 year anniversary reissue, so keep an ear out for that.
MB- We’ll be releasing “Raising” on vinyl. You heard it first on Headphone Commute… Also there will be a deluxe edition of “Everything and Nothing” before the year is out.