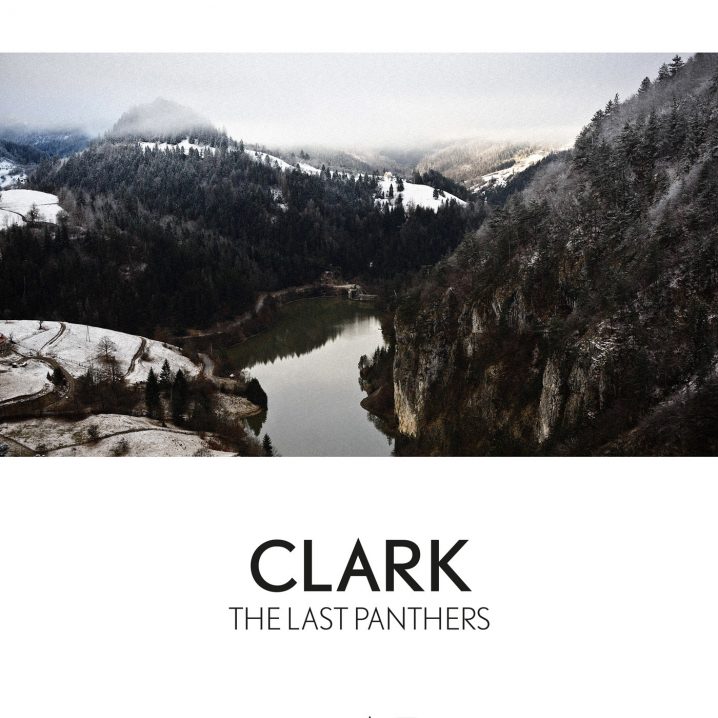 Chris Clark’s latest release for Warp, titled The Last Panthers, is only about 48 minutes in length, but it still packs a very creative punch with its solid 19 pieces. If any slightly negative commentary is allowed, I’d say that I only wish that it was longer, but as every artist knows, there is a perfect time for everything, especially the end. I’ve loved Clark from the start, from the very first Clarence Park (Warp, 2001), through Turning Dragon (Warp, 2008), and my absolute favorite Iradelphic (Warp, 2012), and my following proved to be a worthy investment, watching this English musician slowly unfold to his full potential (which, IMHO, is even yet to come). And if this album sounds like a soundtrack, it’s because it certainly is – The Last Panthers is a score for a British TV crime serial by the same name [curiously produced by Warp Films) with additional original music by Roll The Dice, and, oh yes, a celebrated theme tune by David Bowie. But this one is about Clark.

In The Last Panthers there is this creeping tension throughout, and I wanted to use noise as a subtle ambience that gets under your skin without you even realizing it. It’s an enjoyable process to make these hellish slabs of noise and then put them underneath melancholy piano music, barely audible but very effective. There’s an inherent contradiction to delicately crafting brutal sounding music that is very appealing to me.

The individual vignettes seamlessly roll up into a continuous journey, nearly beatless and fully cinematic, with Clark’s staple slightly detuned piano sounds (I’m positive that I detect a chord from “Black Stone”), a slight departure [as is required for a soundtrack] from his last self-titled Clark (Warp, 2014). But even here, the playful themes, transitions and intricate production values are easily detected as one of Clark’s most monumental works. Textured pads, sampled acoustic percussive instruments, and their electronic counterparts weave a tapestry that is at once lucid and melancholic, calm and tense, luminous and murky. Having not seen the TV show, the titles of the tracks, like “Chloroform Sauna”, “Strangled To Death In A Public Toilet” and “Upward Evaporation” hint at slightly drab and somber atmosphere, exactly how I want my soundtracks to be.

And what’s even more important here, is that without the “OST” subtitle, The Last Panthers stands out on its own, as a nearly ambient, modern classical, and experimental album, perfectly slotting within my top selections for my morning headphone commute. There are plenty of sonic twists and turns to keep your mind engaged and occupied, making out for that cerebral active listening that [some great] electronic music has recently become. Perhaps if anything, The Last Panthers feels like an amalgamation of Clark’s previous interludes peppering his last full lengths, finally finding a perfect platform for a dedicated full score release. Highly recommended, as a lossless download, CD and, of course, vinyl!

Words by HC
[1] SundanceTV, 5 Questions With Electronic Musician Clark on his Score for The Last Panthers (April 26, 2016)