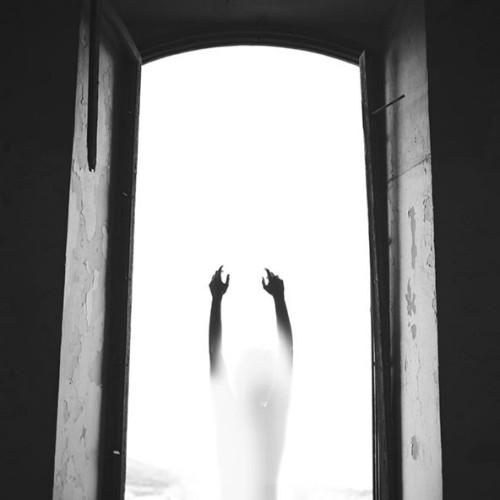 Listening to Ryan Hunn‘s debut full-length as Illum Sphere I can’t help but nod my head in recognition of the many recognizable influences spawning from the iconic Ninja Tune label. I would even claim that Ghosts Of Then And Now is the definitive Ninja Tune album sprinkled with the aesthetic notes of the label’s founders, Jonathan More and Matt Black, collectively known as Coldcut, as well as works by Bonobo, The Cinematic Orchestra, Skalpel and the likes. As I’m listening to the album, “Near The End” appears to be the most exemplary of the pieces befitting that style. I hope to say all this in a very positive light – after all, I’ve been a huge fan of the label, consuming pretty much every single release since its creation in the 90s, and Illum Sphere is a very welcome rebound.

In 2010 the label celebrated its 20th anniversary with a massive boxset titled Ninja Tune XX (a prized volume in my collection), and seemed to be somewhat quiet afterwards, with a few remixes and EPs. Two years later, Ninja Tune returned with its familiar roster of quintessential artists, such as Yppah, Amon Tobin and Blockhead, only to amaze us even further with the signing of Eskmo, FaltyDL and Machinedrum – artists put on the world stage by Planet Mu. Was this the new and morphing Ninja Tune, luring away musicians advancing in juke, dubstep, and bass music spearheaded by Mike Paradinas‘ archetypal imprint, or was this simply the new sound of Ninja Tune? Whatever the answer may be to that burning question, with Illum Sphere the UK label reassures its audience that its staple “ninja-tunesque” sound is here to stay, and Hunn may just be the man to resurrect its glamour and allure.

Ghosts Of Then And Now is not limited by a particular genre, but it does hold a certain air of an overall encompassing style. Although the album’s cover suggests a somewhat dark and noir-fi journey (I first thought of music by Demdike Stare and Raime), the musical progression is often surprisingly light, jazzy and upbeat. The release opens up with quiet shuffles, vinyl crackle and subtle piano notes, only to evolve into cinematic loops à la Harmonic 33‘s Extraordinary People with a light drumming hand of Shigeto. The album features a few female vocals and samples courtesy of Bonnie Baxter (aka Shadowbox), who’s also credited with writing three out of thirteen tracks (there’s an extra “Hand Shadows” piece available only on Japanese edition). Hunn cleverly weaves in elements of footwork, spacey synths, and progressive bass music to compose a seductive and smokey groove, ripe with lush and savory appeal.

Although Ghosts Of Then And Now is Hunn’s first proper studio album, he did appear on a handful of eclectic imprints with EPs since 2009. See his debut single, Long Live The Plan (Fat City, 2009) as well as Dreamstealin’ / Blood Music (Tectonic, 2011) and Birthday / h808er (Young Turks, 2012). Give the album a single spin, and you’ll be coming back again and again, especially if you’re a fan of Ninja Tune. Also recommended if you like Thievery Corporation, Submotion Orchestra, and The Emancipator. It’s great to see one of my favorite labels furnishing a durable platform for today’s electronic music pioneers, and Illum Sphere is clearly one of them!