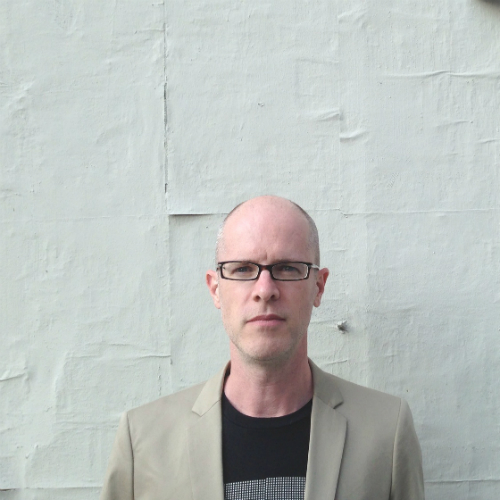 Hi Richard. We last spoke more than a year ago, when you unleashed the Pinkcourtesyphone project. What have you been up to since then?
Well my husband and I moved to Los Angeles and I have continued to run my label LINE, and work on new sound projects, including Pinkcourtesyphone. You know… the usual. The long gestating Pinkcourtesyphone + Kid Congo Powers (Gun Club, The Cramps, The Bad Seeds) has finally come out as “Please Pick Up” (on IO Sound, Canada). It also contains a collection of reworks/remixes by Frank Bretschneider, Simon Scott, Pjusk, Robert Crouch + Yann Novak, Yves de Mey COH, Evelina Domnitch + Dmitry Gelfand, and Jimmy Edgar’s Creepy Autograph. It’s divided into two “lines”: The Pink Hit of Space and Phototrash. I am super excited to finally have this unleashed. I love what everyone has done/redone with Pinkcourtesyphone sounds. You can listen to excerpts on soundcloud. My label LINE just released the mesmerizing audio/visual collection “Liquified Sky” by Evelina Domnitch + Dmitry Gelfand, COH, Paul Prudence, Francisco López, and Asmus Tietchens.

I must admit, I was pleasantly surprised to hear a more organic ambient sound within Interior Field. I know that it’s supposed to be a follow up to your critically acclaimed Fields for Mixing. Was this a conscious move on your part or would you say it’s just another facet of your repertoire?
I had been gathering new field recordings since the release of “Fields for Mixing” (Room40). I had been working on a follow up for several years, it just made sense. I also enjoyed working with these recordings of different place during a lull in world travels. LINE artist France Jobin inspired me as well.

The album raises more than a few curiosities. First of all, where does the title come from and what does it mean?
The piece was originally presented as a sort of installation at Civilian Arts Projects in Washington, DC. The title is intended to be vague. My idea was that the our minds are a sort of ‘interior field’ where sounds are processed. Since all the sounds were from actual acoustic spaces, the transposition of unrelated spaces on top of each other in a multichannel experience (and in the dark) plays tricks in the listeners heads. People attending the exhibit commented on how the size and pressure in the dark gallery space seemed to shift throughout their stay.

How did you decide on the cover art by Robert Walden titled “Ontological Surveillance”?
I love Robert Walden’s work. He is a former cartographer and makes these ‘imaginary city’ maps where the signifiers of streets, centers, rivers all become abstract images. I though this idea was a perfect match with how the recordings of different places/cities creates a kind of mapping of an experience. More of Robert’s work is here : robertjwaldenjr.com

What are some of the sources of sounds on the first part of Interior Field?
All sorts of spaces, large and small, from my travels. The second part is mainly from the McMillan Sand Filtration site.

I really love the whole idea of binaural recordings at the McMillan Sand Filtration site! Tell us about the concept and how that particular project come about.
I suggest everyone look up pictures of it online. It’s a hard space/experience to describe. Expansive underground cavernous vaulted ceiling dark spaces with four feet of sand on the floor. The acoustics are very strange. It’s closed to the public and tours were held maybe once a year. I had always missed the tours. I was lucky to be able to coordinate with government officials to arrange a solo excursion when a big rain storm was about to hit Washington, DC to do recordings of the filtration process in action. The site is a few blocks from the house we own in DC. After I went the space was again closed to the public as some authority deemed it “UNSAFE” for the public again. Strange how that type of thing happens when developers want to destroy something and replace it with condos, offices, and retail. See friendsofmcmillan.org

How much digital manipulation and additional post production was applied to the captured field recordings?
Most of the processing is very simple EQ and basic effects. It’s not magic but it takes a lot of time 🙂

So, now that you’ve relocated to Los Angeles, how do you like it there?
I LOVE it here. I had been trapped (by my own devices) in DC for too long. It’s odd how you don’t realize how unhappy a place makes you until you leave it and start anew. There is a lot of support for the arts here. The best part is that I am closer to many sound artists and composers, many of whom I work with or have released work by!

I’m really excited about your upcoming Pinkcourtesyphone release on the newly revived Dragon’s Eye Recordings! You think there will be more cross collaboration between you and Yann Novak?
Well he lives 2 blocks away… so of course. We and a few others have a weekly local “wine time” which is really refreshing, sometimes even William Basinski treks out to join. I am very excited about this release as well. We just finished finalizing the design and master and it’s off to the press. It’s a nice continuation of the thematic lineage of Pinkcourtesyphone. “foley folly folio” is ennui and suburban deceit, “elegant & detached” is beauty and desire, “a ravishment of mirror” is hollywood dreams & deception, and the upcoming “description of problem” is obsession and revenge.

And what about William Basinski? You guys are all together now! Anything new cooking since the Aurora Liminalis release?
Billy and I are working on two collaborative pieces, intended for vinyl release. The working title is “Divertissement” and it’s very spacey and mysterious, involving tape loops, site recordings and piano.

What else do you have in the pipeline for personal work, as well as your amazing Line Imprint?
Pinkcourtesyphone’s 3rd full length “A Ravishment of Mirror” will come on in early 2014. And some other collaborative projects and projects on potentially surprising labels. LINE has upcoming works by Francisco López (a data dvd of 7 hours of audio!), Ars Electronica Golden Nica award winner Nicolas Bernier, Seth Cluett… and more. LINE_Segments will release Pinkcourtesyphone’s “Description of Problem” which has guests Cosey Fanni Tutti, AGF, William Basinski, Kid Congo Powers, and Evelina Domnitch (all on vocals!) There are some potential live events being explored for Japan, UK and Europe for 2014.

I really want to do a disco project with someone.