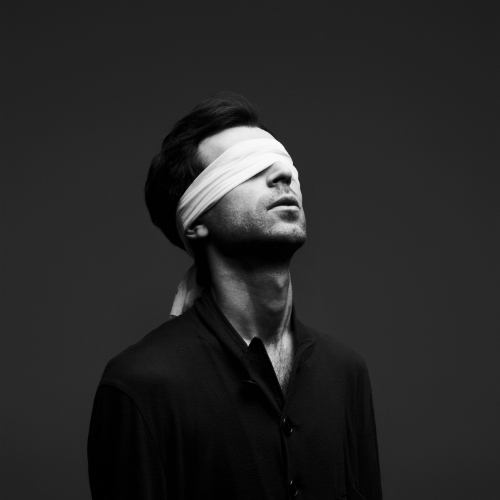 Hey Bartosz. It’s been a while since we spoke. Three whole years I believe! You’ve definitely been very busy. Care to share your most recent accomplishments?
Hi, yes, we haven’t spoken for quite a while, you’re right. A lot has happened in my life during those several years – some releases of my work and so forth. Many things have changed in my professional, as well as my private life. Since 2013 I have been a curator for a Moscow label called Dronarivm, which have led to many important releases (CD, 3CDr and cassettes). Regarding my solo releases, there weren’t that many of them. I have focused more on making money and playing shows, rather than producing music, which I somewhat regret, and that’s why I have decided to turn full circle and get back to it, which will soon bring about several records I find important, mainly collaborative work. Another essential moment in my life has been a more private one – for a couple of months now, my close friend has been my manager. He is a great guy, we live together, he supports me and helps me a lot. And then the most significant thing for me – since January of this year I have been with my beloved Anna, who is the main reason I do everything I do.

Can you tell us more about Dronarivm and your relationship with the label?
Actually it all started in a very simple way. After I finished my collaboration on two pieces with Pilippe Lamy, I started looking for a label that might release it. Dronarivm picked it up, which led to the release of my collaboration album on a cassette. I got in touch with Dmitry and we started to have long conversations about his label. That’s when I thought I could help him to develop the label. Initially I planned to work there just to push the label a little forward, and it was supposed to last until the end of 2013, but at present I would like to stay with Dronarivm. Maybe I will leave everything to Dmitry when I will create my own label with my manager, but this is a project for a rather distant future. Coming back to Dronarivm – I had offered Dmitry help, then a couple of people recommended me and that’s how my journey with the label started.

Talk a little about the Aquarius compilation. How did that come about?
I suggested to Dmitry that we should create a good compilation, which would include friends with whom I have collaborated, but I also wanted to involve a few bigger names. I didn’t want the compilation to be stylistically homogenous, but rather to present a cross-section of experimental music, mixing drones with glitch, ambient etc. The main object of creating the compilation was the fact that I wanted to promote the label. We started with the premise that it had to be a compilation of 15 pieces, each one 5 minutes long. I dedicated the compilation to my two favorite Polish designers: Nenukko and Konrad Parol.

Since then the label had many great releases! I especially like the split between Aaron Martin and Christoph Berg, as well as Ryonkt & offthesky. How do you go about selecting the artists that appear and what do you have for us in the store next?
It’s hard to say how I go about the artist selection process. Initially I thought mainly of the one’s I met personally, but at present I would like to focus mainly on modern classical and neo-classical, and that’s what led to the release of the Berg & Martin album, which we are very proud of with Dmitry. We have come to the conclusion that we should share the responsibilities – he has his favorite artists and I have mine. That’s why, from 2014, the releases will be very diverse. We are planning to release albums from: Pjusk, Marsen Jules, Marcus Fjellström, Ben Lukas Boysen, Olan Mill, Sophie Hutchings and more… The division of responsibilities in terms of curating doesn’t mean my musical taste is different than Dmitry’s. We simply came to the conclusion that each of us would like to have an equal share of the label’s artistic dimension. Soon we will publish a hell of a compilation. Together with Dmitry, we want to celebrate the growth of Dronarivm, which brought about the creation of this beautiful and intense compilation. Here’s the official line-up: Jacaszek (Pleq Remix), Ben Lukas Boysen, Marsen Jules, Aaron Martin & Christoph Berg, The Frozen Vaults, Kaboom Karavan, Marcus Fjellström, Kreng, Talvihorros, Sophie Hutchings & Peter Hollo, Strië, Anne Chris Bakker, Olan Mill, Orla Wren, Ian Hawgood & The Green Kingdom and two bonus tracks: Zvuku, Tobias Hellkvist (only for digital download).

What about your work with Hakobune on Murmur Records? How did that unfold?
Takahiro is my long-time musical partner and the „0.0” album is one of many that we have co-created. We have a pretty good professional relationship, working fast and with no problems whatsoever. It is a simple album – a lot of drone, ambient and glitch. We have our own distinctive style. A couple of times we were thinking about coming up with a different name, something new for every collaboration and I think it will happen sometime soon. Regarding Murmur, I contacted Yuki Aida and he was interested, so he decided to publish our material.

How would you say your music has evolved over the years?
I think my musical evolution was a major one, mainly thanks to many collaborative albums. I have come to the conclusion that my solo project Pleq is burning out. I know I have to evolve in order to be able to create something fresh and different. That’s how I came up with the idea of collaboration with artists from around the world. I gained a completely new perspective on music while working on my new project, The Frozen Vaults, co-created with Harry Towell (Spheruleus). I invited my dear friend Tomasz Mreńca to take part in this. We play shows and record music together quite often. He is a great, very talented violinist. Another artist contributing to The Frozen Vaults is Dave Dhonau, whom I met in Leicester, when I was playing live there. He is a fantastic cellist. And then there is Yuki Murata, who was no random choice, because Yuki lives in Japan, and the musical climate there is very close to my music. Yuki is a wonderful piano player. That’s the story of the creation of this multinational ensemble, which at present totally sums up my perception of the experimental classical music in terms of the process of its creation in the 21st century.

Tell us about other things you’re working on. I think you have a project for a theater, is that right?
I have already finished working on this one. The performance was held in the Stary Teatr (Old Theatre) in Krakow on November 25 and it was also transmitted as a radio play. The idea was for actors (Katarzyna Krzanowska, Roman Gancarczyk and Jasmine Polak) to read out passages from „A Man Asleep” by Georges Perec, and for me to play live both my own compositions and a field recording I prepared during the rehearsals specifically for the radio play. The field recording was 15 minutes long and comprised the sounds I have recorded on the Krakow’s Main Square. It was one of the most difficult projects I have ever worked on. Afterwards I felt exhausted, both mentally and physically, but the final result was really beautiful. I was invited to this project by a very talented and sensitive director, Lucy Sosnowska, and a playwright, Aśka Grochulska. The rehearsals lasted for 5 days – we were starting at 10 in the morning and sometimes finishing around 2:00 or 4:00 AM. I grew very fond of this theatre and I didn’t even want to go back home to rest. I didn’t change clothes for a few days and I isolated myself from the real world, which helped me to focus exclusively on the radio play.

You also seem to continue and contribute towards many various compilations. How do you find the time for all this?
Actually, I’m not quite sure myself, how I’m able to pull that off, but I love doing it – being part of the creative process that leads to the releases of these compilations. I really like to bring together diverse artists from around the world on one record. It’s amazing how it all plays out. I also love meeting new people, which often leads to further compilations or collaborative records. I love music, it’s my whole life and I involve myself in many projects. Sometimes I turn down offers to appear on some compilation album, but usually it depends on who are the other artists involved.

What do you listen to when you’re not writing music?
Haha, what do you think? Many things, like every other artist, I guess. I spend the most of my time with my love, Anna. If I’m not pressed for time, I try to do everything together with her. She is the most important element of my life, besides music. As a result I often stop creating and focus exclusively on her, trying to find inspirations in her, both positive and negative, which is very important when you’re creating melancholic music. She is a muse for me. She gives me a lot of motivation and support, which is important when you create art – if what I do can be called that. I am a freelancer, so I have complete control over the time I devote to work. It depends solely on me and the projects I choose. Sometimes I am terribly lazy and procrastinate on many projects, haha, just like my manager. We often sit together and ask ourselves when are we finally going to do something. Quite often we start to work around 1:00 AM, finish at 8:00 AM, and then sleep through half of the day.