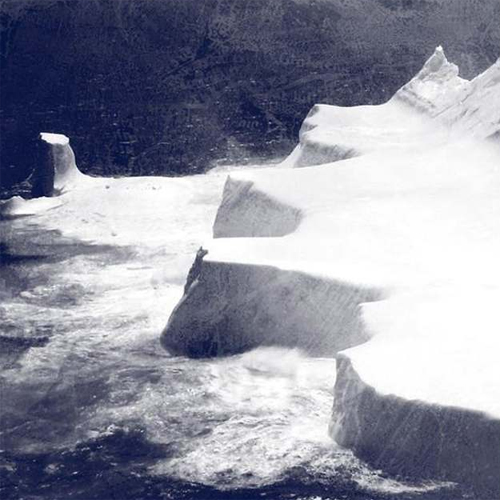 You first emerged to many as an artist on the first Phantom Channel compilation – a few years ago now. Was this the first outing for a new project or was Parhelion already established in some form or another?
That was a while ago so I don’t really remember the particulars. The Phantom Channel compilation may have been the first ‘official’ release of a Parhelion track that I am aware of but the actual project itself had already been going on for a bit of time previous to that. I was happy to contribute a track to that compilation and release some of my music to a broader audience. It was good to take something that up to that point was gestating solely in my basement studio at give it a larger platform and let other people actual hear it.

Midnight Sun is, to me at least, a particularly characterful album… something that has become perhaps a rarity in the ambient / drone scene. Were you intending to create a work which stood out or did it just turn out that way?
First off thanks for the compliment. I didn’t have any preconceptions when I was making the album. I was as equally clueless as I was sure about the whole endevour. It was also an entirely new learning experience for me so, to answer your question, I had no idea as to how the whole thing would turn out. I’m just happy with the final result and that a lot of people have found it both interesting and meaningful.

Alongside the musical aspects of the album there is a pretty heavy use of noise and harsher textures. What would say is the significance or importance of non-musical sound in your work?
I would say it’s pretty significant. I think the use of noise/harsher textures is both an attempt to reflect the harshness of the natural environment I am writing about through a sound and also trying to express something that simple melody cannot. At some point non-musical sound which delves even further into the abstract serves better in trying to express the inexpressible. I don’t know if this makes any sense. I find this idea hard to articulate but it makes perfect sense in my head.

How did the re-issue with Cyclic Law come about?
Well I was planing to self-release the album from the beginning. Cyclic Law contacted me at some point prior to my self-release and asked me if I would like them to release the album and distribute it under their label. I was of course grateful and honoured that they would be interested in the record, especially given the caliber of talent on their roster, but ultimately declined in favour of doing it myself. It was probably a month or two later when I realized how stupid and daft I had been for passing up such an amazing opportunity. Needless to say I hastily contacted them to see if they were still interested and the rest pretty much took care of itself.

Can we expect anything new from Parhelion in the near future?
I think so. I have a collaborative record that’s been done for the last year and a half to two years now with Zac Keiller. We’ve been a bit slow with working out the details of it’s release (mainly because of some visuals we want to release with it) but the record has long since been done as it’s just a matter of working out the final details. I will also be embarking on another collaborative record with another ambient artist in the coming months. In the more recent future a brand spanking new Parhelion track will be featured on Wounds of the Earth Compilation IV due out sometime this fall. And yes, there’s always the next album which is a constant work in progress.

What else are you currently involved with?
Asides from Parhelion there is my band Tunturia which will have a new album out October 28th on Oxide Tones (finally). I have a track under the moniker “Dead Flies the Crow” to be released soon (Oct/Nov 2011) for a benefit compilation record called “More Hope for Japan.” I’m also planning on releasing a record with this other project I’ve been working on which I can only describe as John Abercrombie’s “Timeless” meets This Quiet Army, or something totally completely unlike it. The record is 80% done I’d say. Mostly recording vocals now and finessing with the final nuances and mixes. I also have a few more projects I’m involved with but for now I’d rather hold off saying. But yeah, there’s a bit on the horizon and I’m eager to keep writing/recording/releasing… Everything is always a constant work in progress.