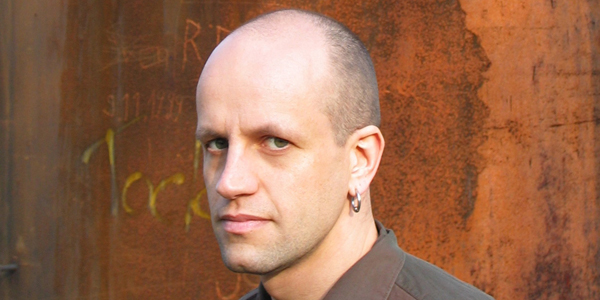 The story on the liner notes of Silence – where is that from?
I wrote it by myself. I like to play with my imagination, and fragments of stories help me finding a topic or a common color for an album. Sometimes when making music these stories just arrive and if I am in the right mood I dive into them and let them grow and write them down. I think very much in film scenes.

In your mind, who is the protagonist of the story told by Silence.
There are many possible options. One story could start like this: The protagonist is a biologist. He is in his thirties, very bright as pretty much everyone at the station. He used to work for a pharmaceutical company in Switzerland, but he is from another country. Whilst working for the company he felt more and more unhappy. He is an idealistic person, and wanted to move things, change the world etc… Instead he got stuck in administrativa. In his spare time ( and sometimes during working hours too…) he was following his special topic, research on some bacteria which usually is found next to super hot spots on the ground of the ocean. He got in contact with a researcher from Australia, Carl Miller. Miller at some point told the protagonist that he got a very interesting job offer for him: Joining an international team of high profile researchers who are supposed to work in a newly built laboratory high up in the mountains of Patagonia. The lab is privately financed by a group of entrepreneurs who are confident that they can find out some very interesting immunologic mechanism of a particular plant which might have a dramatic impact on the creation of new pharmaceutical products. The protagonists relationship in Basel is not really working out anymore, he is bored by his job, and he likes the adventure. So, he takes a plane to Melbourne to meet with Miller.

That was two years ago.

At the beginning it all went very well, Miller had a good hand with finding the right people, everyone liked the idea of living in this kind of film like scenario and they indeed found out amazing things. However, living up there in total isolation became more and more an issue. The project had to be secret, and the security was tight. For the outside world everyone working there pretty much vanished from the planet. And then that stupid accident happened …….

Besides composing ambient works, is this the first time you broke the 4/4 techno rhythm? If so, what prompted the transformation?
I checked my older releases and figured out that the 4/4 was never the most common beat for Monolake. When I were using a straight bassdrum in the past, I often augmented it with additional elements to move the focus away from that metrical imperative. The most important change for me is the fact that Silence is the first release with which I feel completely fine as far as the rhythmical side is concerned. And I am very much looking forward to follow this momentum further and see where I’ll land next.

In your production notes, you speak out against compression and the “loudness war”. Tell us a bit more about production and mastering for this specific album.
My intention was to create an album with lots of space in between the sounds, create an environment more informed by a cinematic perspective, and less from a musical one. I wanted to expose every detail of the sounds and allow the listener to really dive into it. The sounds in Silence are meant to be ‘sound objects’, placed in a virtual sonic space. This is a very different approach from how music production works normally. The ideal here is often to blend the sounds as much as possible and to get them all right in front. I decided against that, I went for a sound which is very different. And sometimes being different simply implies doing things _not_.

To my great surprise some people in a very nerdy web forum took it really personal and argued against my ‘dogmatism’ and that compression is a useful thing to do and that there is a reason why all good studies have tons of compressors and so on. But I never stated I dislike compressors as tools. I just found them wrong in the context of what I wanted to achieve. It took me also quite some time to convince Rashad, my mastering guy, to work without compression, but at the end we were both very satisfied with the result.

Due to the range in dynamics, this album sounds to me a lot more complex and deeper when played in my studio, then in my headphones. You’re an experienced sound-engineer – what are your comments on my sonic observation?
Your observation makes sense to me. One reason why compression is such a powerful tool in the studio is the fact that compressed signals sound better on smaller systems. The more ‘mainstream’ you want a production to be, the more you should follow that rule. For Silence I made the decision that the album is enjoyed best with good speakers. With pop productions I often experience the opposite; music which sounds great on small shitty systems and totally flat on really good speakers. Since I am not competing with those anyway I do not see this as such a problem….

There are plenty of field recordings and organic sources used in Silence. Tell us about recording your favorite one.
I like hidden connections. The walking on stones in the desert on the track “Infinite Snow” I recorded with my former Monolake partner Gerhard Behles, while we were on holiday together in the USA in 1994. A lot of sounds on the very last track “Observatory” were recorded in the dome of the former US / British army obersevation center in Berlin Teufelsberg, while I explored the space with Torsten ‘T++’ Pröfrock. The answering machine on the track “Reconnect” is from my friend Lillevan, a renewed video artist. Another track features a totally distorted mobile phone connection during a discussion about the cover of the CD with my graphics designer. It is very important to me that each single sound has its own history and meaning. I could have access to tons of sounds from archives but I never use them. Instead I make my own recordings, which ensures that the sounds are connected to me. Music has to be personal. If it is not, it stays generic.

Any sound installations or ambient albums in the works?
I am playing around with several ideas. Not sure if the next release will be a Monolake 12″ or a Robert Henke work…