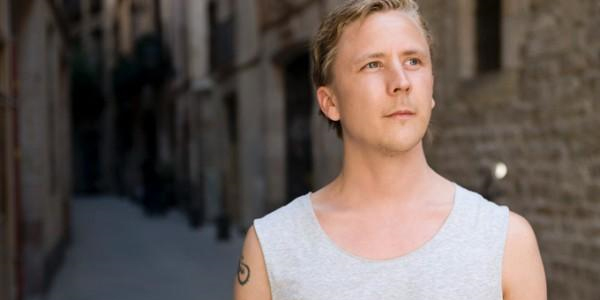 Tell us a bit more about the winter that you spent on a remote island. What were you doing there? How did it shape your mind as an artist?
i think location as a direct influence to music is overrated. it’s not so important as the end result is almost the same, but at least for me the influence is shaping me as a person, and only then second hand the effect touches my work and art. as long as i feel good as a person i don’t have that bothering or influencing my music, but if it does interfere it’s not really possible to be creative and productive. but anyway dark winter time (as opposed to late winter when it’s very clear and sunny) it’s good to go out and be active. i got totally hooked on cross country skiing so that’s what i did as much as i could. i also just totally immersed in the winter while doing regular stuff like going to shop or bring my daughter to kindergarten and so on. what i really loved was driving car on ice, as we live on the island which is about 8 km from the mainland. early spring with tons of sun and clear sky and only snow white and clear blue colors, driving on an ocean is something very inspiring.

Was there a specific event that prompted you to take Vladislav Delay in a new direction? Was it your involvement in Mortz Von Oswald Trio?
i had been thinking about doing Delay stuff with acoustic and/or different sources for actually quite a while but i took my time to develop the idea and see it more clearly. i guess also MVOT had something to do with it but not much, just slowly things reached necessary levels to go ahead with it.

What are some of your sources for percussion? Do you record it all yourself?
all percussion stuff is done by myself, recorded with just 1-2 microphones. the instruments range from “known” percussion instruments to abstract metal sculptures and handmade stuff and obscure particles that make sound when hit. all over the place.

What was the collaboration with Lucio Capece and Craig Armstrong like? Did you all get together to work on a piece or was it an ongoing bouncing of ideas?
with Craig i only sent him rough basic ideas and he played what he felt like at his studio in Glasgow. Lucio came to my then-studio in Berlin to record and we’d play together, him in the recording booth with headphones and myself in the studio feeding him sounds and processing his sound very heavily. he’d hear this treat sometimes, sometimes not. but also for him the backing tracks were very bare, actually they were only very minimal drum loops i had recorded with my set. i think nothing that was there then made it to the album.

How much on the album is attributed due to improvisation?
quite a bit, i can’t make a calculation that would make sense but anyway the whole basic sound, the sound sources and the vibe there is from improvisation, and also while producing and mixing the album i as always rely a lot on random elements and improvisational techniques. it’s definitely most improvised album i have done so far.

There are some strange effects that almost bend the sound. Can you shed some light behind your techniques on this production?
well basically i just force the sound through whatever i have around, usually it’s quite complex effects chains, to a point where i can’t recall or remember what has been done. but also i try to be aware of what i have been doing before and not repeating that either so it becomes more and more difficult to find techniques, gear, etc i haven’t used before. then again when i manage that it usually sounds quite interesting.

Tell us about the Vladislav Delay Quartet.
actually i’m on a plane packed with my cymbals and all, on my way to do some shows with Quartet and then go to studio in Belgrade to record stuff for the first album. the group is for me the first time a chance to play really a drum set since more than 10 years, very exciting for sure. musically it’s to be seen still where we go because it’s improvised, we haven’t played much together yet and also we all have been writing some stuff and ideas and we’ll meet now in Berlin first to figure stuff out. line up is besides myself Mika Vainio who processes all the live stuff and does some real-time sampling etc, then there’s Derek Shirley in double-bass and Lucio in bass clarinet and sax.