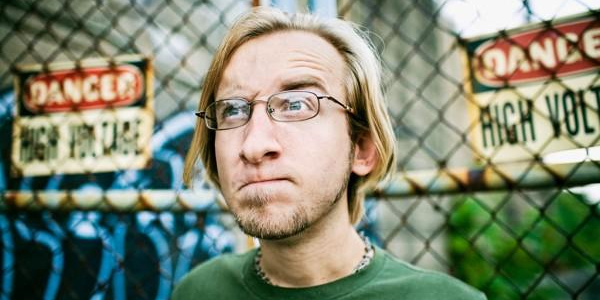 You’ve talked about the search for timeless melodies being an inspiration for the making of the album. It sounds like you believe that deep within the human subconsciousness there exists something akin to a reservoir of music that we can all tap into. Can you elaborate on that?
This might only be applicable to anyone who has spent a good period of time in their lives singing, but it’s often that I find myself humming random looped musical phrases that accompany whatever I happen to be doing at the time. The idea of repeating phrases over and over is also well practiced in Buddhist theory as a means of obtaining enlightenment. The songs sung during ayahuasca ceremonies, called icaros, might have some relevance here as well since they’re used as tools for guidance within the ayahuasca realm, which I believe is similar to a trip through the subconscious. Sound is vibration, and vibration can move matter. I’d venture to say that man has experimented with using the human voice for thousands of years to generate vibrations that can influence reality. Language itself is an offshoot of this primal discovery, as it is our words that are primarily responsible for creating our world in its current complexity. But if we zoom back a few thousand years to man’s first mutterings, there just might have been an inkling of melody within them. Traditional musical theory came much, much later, but the idea of holding a steady tone was likely a pretty powerful achievement. Nowadays in the Western hemisphere, our 12-tone scale is ingrained into our heads from a pretty early age, so I think we can tap into our early discoveries of melody and apply them to the present moment. It’s no doubt we have all sung our little hearts out as children. I believe we were doing something with sound that was greater than we truly understood at the time.

Undercurrent represents quite a change in gears for you, into more ambient/downtempo territory. Why did you choose to go this route?
I was growing a bit tired of aggressive music, and finding that it was only serving to create aggressive situations. I also felt a little that I had disconnected from a major part of my roots and I wanted to get back to that. I’m a student of melody and musical structure, so I wanted to return to that source and create something pure that was based on that alone.

There seems to be a particular synth sound standing out among various tracks, would you mind sharing with us what it is, and why dd you specifically choose to concentrate on that sound?
Well, the main synths in here are modified Reaktor ensembles: 2-Osc, and Carbon 2. I’ve made a number of tweaks under the hood, but the core sound comes from those. I think I stuck with them because they have a really clear pure tone, and they can be modified with ease from a sine wave into something otherworldly. 2-Osc has some interesting core-module stuff going on, so it has a unique analog sound to it. There are some unpredictable pitch and harmonic qualities to it, subtle and transparent enough that it’s difficult to pinpoint. The filters on both are strong as well, and allowed for some deep expression. When transcribing melodies, it’s not just the tones that are important, but also the inflections and ebb and flow of timbre and volume.

You haven’t been bound to one particular genre with you music. Is this a sign of restlessness? Or just evidence of your broad musical tastes?
It’s probably a sign of both, but it’s all coming from the same place. I’m not attempting to exist solely in any particular genre, or even create any. I just love a whole lot of music. There’s a line of continuity within what I make. Undercurrent looks into that, and if you look back it should be easy to see that all I’m really doing is making music. It’s not only that, but what are my friends doing with music? What are my mentors doing with music? What do people want to hear? What do I need to hear for myself? This is all rather influential.

What does the future hold for KiloWatts?
Who knows? Spicy, sweet, savory, bland? All of the above?