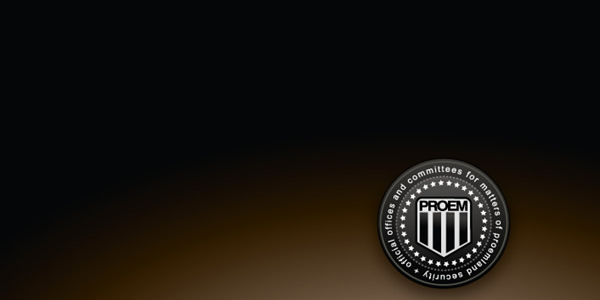 Until now, your music has often been categorized as classic IDM and been driven by beats and melody. But on the new album, you’ve done away with both and made a stunning dark ambient album. Why the change in direction?
It surprises me when people say its a change in direction. I like to think that the under current has always been there. I’ve made the occasional dark atmospheric track over the last ten years. I always treated it as music that was pretty much just for my ears only. I knew that it would be a hard sell for any of the labels I was involved in and I couldn’t think of where to begin to generate enough interest outside the genre. Also, I wear lots of black and lurk in the shadows. I’m a closet goth. You wanna talk new direction,… just wait until i release this batch of old Industrial noise MD’s I dusted off the last time we moved.

If I had to summarize the atmosphere on the album in one word, I think it would have to be “death”. The song titles alone are disquieting, to say the least. What was going through your mind when you were making the album?
Funny you should mention that,… about 75% of everything I’ve ever written has been about death… or now that i think about it, ennui. You name a record, or song title of mine and guess what… death. Seriously. I am in love with death. See, look my goth roots are showing again… Most of the song titles and the structures were directly influenced by the mass amounts of death metal, dark ambient and math core that i rediscovered once my kids were born. It was the only thing that dulled the edge. Since then I haven’t listened to much of anything electronic. The whole “classic IDM” is really dull and washed out and so much of the same thing. Whats worse though are artists that attempt to be “grimey” or “hard” and just sound flat and mostly uninspiried. Nothing has the same ferocious unity that death metal has. Maybe its just me but I cant make a computer sound genuinely angry I can only show it its own malaise.

Early on, at least, you were a devotee of the ‘less is more’ approach when it comes to production, using virtually solely your computer. Is this still the case or have you expanded your arsenal?
The “studio” has changed quite a bit in the last two years or so… I’ve paired down my digital tools ( FLstudio / LIVE / Usine / the usual NI fare) and picked up some hardware. A korg r3 for the vocoder at first, until i discovered i could get some interesting pads and noises out of it. Actually, about 80% of the synth / noise work on Till theres no breath is made with the R3. Sometimes like in the case of ” a skin that crawls” its just one pad and four keys the R3 does the rest. I am also blessed to have just bought a Wavestation A/D (The holy grail of synths for me). I’ve wanted one for as long as I can remember. NOTHING sounds like a real wavestation. the plugin is close but not close enough. In addition to the new(ish) hardware, and now that my kids are a little older, I’m buying all kinds of acoustic instruments, ethnic percussion mostly (a kalimba, a balafon, a cajon). I’m looking to get a decent djembe before the end of the year. Of courseI’d absolutely kill for a hang drum, or a gamelan or even a array mbria, but i cant justify the expense to the wife. Basically with all these open air instruments and hardware I’m having to learn how to mic things somewhat properly which seems to take less time than programming a new softsynth. Oh the Live rig has changed a bit as well I’m now using a touch screen tablet and the nanoKontrol… Look what you did get me talking about music toys and I write a novel…

The inlay of the CD tray contains a paragraph titled “FOR MY GIRLS” in which you begin by saying “the cause of so much darkness in the beginning of your lives and so much light as you continue to grow and thrive against what seemed to be unbeatable odds.” Would you mind giving elaborating on the “darkness” and “unbeatable odds” if it’s not too personal?
My girls (naturally occurring fraternal twins) were born at 25 weeks and 4 days gestation age. They were no longer than 12.5 inches from head to heel. They weighed 1.7 ounces and 1.8 ounces. They were in the NICU (that’s neonatal intensive care unit for the uninitiated) for about three months. Well one of them got to come home in July but other had a really rough course and didn’t come home until September (on oxygen even). And when I say rough I mean 3 surgeries (heart, eyes, lung), two blood clots (most babies don’t survive one), countless blood transfusions, ventilators, 8 specialists… There were minutes, days, weeks, where we thought she was’nt going to make it,… we were just waiting for the phone call. Needless to say we lived in the damned hospital. We learned more about medicine than we ever care to know. So, while most parents say their children are rare little miracles… and everyone in the room rolls their eyes,… mine actually are. My girls should not be alive. They are.

Wow. That’s quiet a struggle. I don’t know what to say. What’s next for Proem?
I’ve been painting a lot lately which always happens after finishing a record. I do however have a full length’s worth of material that I’m shopping around. So there might be another proem record before the end of the year. I’d like to do a few things with the upright piano I have in the living room. Maybe do a couple of completely non electronic recordings. We’ll see.