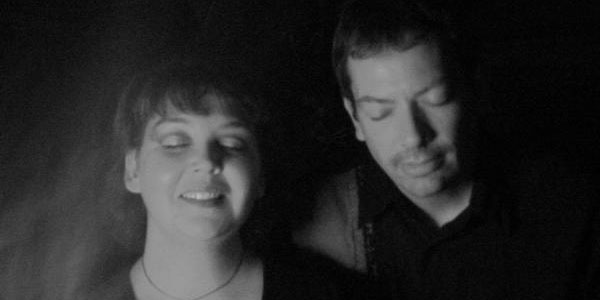 Can you describe the process of recording this album?
i will only, at this time, give a shorter answer to this…….in the midst of a very difficult time in life, carl and i started recording. we were supposed to have gone on vacation, but instead stayed home for 4 days and simply recorded. 2 days were spent on my solo album and 2 days on the broken hearted record. lots of drinking, lots of meandering guitar playing. and then we put the tapes away, and i never thought they would get finished. i worked on my solo record in the fall of 2007 and knew it would be done, but did not think there would be any more work on the windy and carl music (or any w&c music). but that year at christmas time some odd inspiration came into our lives, and we felt it was an achievable thing to get the record finished. so carl gave me mixes to write words for and he added some guitar parts to what we already had, and the record came to fruition.

You mentioned that the recording of this album started around the same time you were working on “I Hate People”. You say that “it was a dark time”. If it’s not too personal and you could speak about it, could you perhaps shed some light on that statement?
in a 20 year relationship, not everything can always be good. and people grow and change and seek new and different things out of life. and if you are both not ready for that change, it can be very hard. i guess right now i don’t really want to divulge any more than that – it was a time in life where we really did not get along and wanted things maybe we could not have but wanted anyway.

When was the last time you listened to “Songs For The Broken Hearted”, and does the music still make you very sad?
some of it yes. i don’t like to revisit that time, or any of the circumstance that made me feel so heavy and sad. but then some of it makes me very happy, because there are 3 really beautiful love songs on the album, that i’m proud of, and i’m happy with where they came from and why they were written. and there is mystery in them, and i’m good with that. not everyone’s secrets always need to be revealed.

Tell us about the role of lyrics and your voice as an instrument in you work.
i usually write lyrics that no one knows what to think of – dreamy, non-direct, non-audible. i use my voice more for an instrument than for actual content, but on the new album i wanted people to hear what i was saying, i needed to express the emotions i was feeling and convey them to others. i have in the past been very afraid of my voice, but now i am willing to work with it, make it stand up more on it’s own, and use it to express emotions i had thought i would always just hide away from others. i always worry i am out of tune, and i never wanted people to know what i had to say, but that has changed, and while i still worry about sounding “rough” i am happier with my voice now than i was before.

Are you excited about your upcoming tour with Benoît Pioulard?
yes!! it’s good to travel with someone who is like minded musically and in the world sense, and i’m very happy to be making music with him. it’s great to have a friend on the road, AND i get to hear him sing every night! i feel very spoiled to have this chance – and i know we are going to have fun!