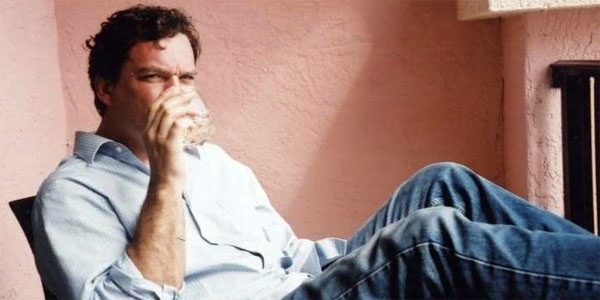 I’m very curious about the role of “applied mathematics” and “durational processing” in your work. Can you elaborate?
I’ve been interested in algorithmic composition for quite a while now. Probably the first time I began to think about it was many years ago in college when I bought Discreet Music by Eno and read his liner notes.  My education is in Mathematical Logic, and while in graduate school I began reading the work of David Cope, who is at UC Santa Cruz and has written extensively on algorithmic composition. That work had a big influence on my thinking on the subject.  For this record, on certain pieces I used a software program that I wrote which chooses both melodic and harmonic progressions based on a probabilistic method that takes into account many variables.  That said, a lot of the work on the record is written in more traditional ways and some is even improvised, so I’m not an algorithmic composition purist.

How much of your work is improvised at the time of the actual recording?
The piano parts were seldom improvised.  I wanted them to mostly provide a harmonic foundation for the cello.  There were fully written cello parts for each piece.  However, when we recorded, Fred played the parts as written, but also did a couple improvisational passes through each song.  I ended up using elements of both the composed and improvised cello.

What are some of the digital processing techniques that you used on the album?
The instruments are not really processed much after recording, with some exceptions. There are the usual engineering techniques: a bit of EQ, a little compression, and occasionally  heavy use of delay or reverb.  I also used some distortion as well.  The “non-instruments” (samples, noises)  are usually not processed very much.  They are generally used more or less as I found or recorded them.  There is, of course, a large degree of layering and looping of parts as well.

Do you have any interest in writing film scores?
Film scores are an interesting subject.  Part of what I wanted to do with this record was to have the sound be sort of like a soundtrack.  But unlike other “soundtracky” music, I wanted the listener to hear all the sound from the film, not just the music.  So that’s part of the reason for voices and the sounds of crowds and other sounds on the record.  I wanted it to be more like going to the movies, but with your eyes closed.  So you can hear the music, but also small parts of the dialog as well.  So in that sense, each song has a theme and the samples and noises are generally all related to that theme.  I hope that makes sense.

Who is Anne Zimmerman?
Anne Zimmerman was my grandmother.  She was a nurse,a leader in the labor movement, and a pioneer in the movement for worker justice.  She was at one time the president of the American Nurses Association and was a founding member of the Interfaith Committee for Worker Justice.  Also, we spoke almost every day on the phone until her death a few years ago. Here’s a little bio if you want to learn more.