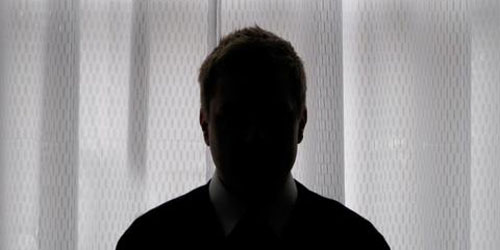 What are some of the field recordings or sampled material used on In Between Words?
The field recordings come from a few different places. Some were in closed environments where I picked up unexpected noise. I like a few chance elements included into the work. One stretch was taken in a convention center with rather noisy escalators. And a few others were captured in my own yard, where the low level din of city and industry rarely leave any silence.

You have some top notch production sound. What is your studio setup?
Truth be told my set up is rather simple. I use a digital field recorder with a few stereo and binaural mics. In the studio I use a set of Hafler monitors and amp and a fairly modest sixteen channel mixer. I have a decent turntable and a handful of useful software programs for sound design. I wish it was more exciting but I feel I can work with less equipment rather than more. Some credit certainlty needs to go to Taylor Dupree for a great mastering job.

How cold are the winters in Canada? And do you think weather and minimalist ambiance have an inner relationship?
Canada and cold winters go hand in hand. Ironically I live at the southern most region of Canada. So I wouldn’t say that I can embrace the cold like most Canadians in the North. I do believe that there is a kinship between minimalist ambient sounds and frigid temperatures. I think Geir Jenssen’s Biosphere project is testament to that.

What are you working on right now?
I’m currently working on a few smaller projects and preparing some material for live performance. In addition to that I have begun some development of new work for a new full length release. I won’t speculate on a time of completion or a release date.