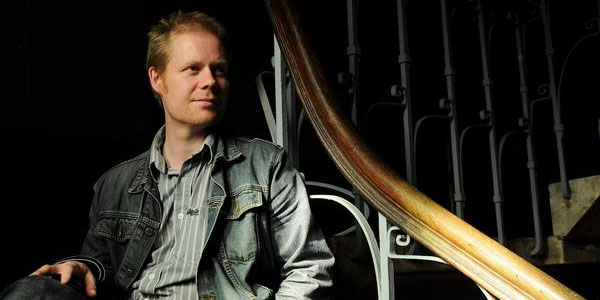 You have explored a rising personal medium. How does its lo-fi sound play into your concept?
i treated the phones exactly like i would the cd or the lp – just another replay device. i don’t worry about replay fidelity really – i think that interesting music stands up no matter how its replayed – beethoven on a 78 or the beachboys on am radio are still wonderful, aren’t they?

How does electronic music production effect your composition? For example, what are some of the techniques that you still employ after your collaboration with Future Sound of London?
fsol had a very experimental way of working, which tied into my own process – basically its having lots of plans, ideas, material, strategems etc., and then throwing them all away and following the material – very non classical i suppose…

Do you have any desire to score films? And if so, can you think of a story or a novel that you’d wish to compose a soundtrack for?
yes i enjoy scoring films, though i don’t find that many i actually want to do. i’ve just done a wonderful fim called “waltz with bashir” which everyone should see. If anyone ever makes films of the wg sebald novels I WANT THAT GIG.

Will we ever see sheet music for some of your albums?
yes there are some scores floating around on the net, though i have no idea where they came from – some official ones too !