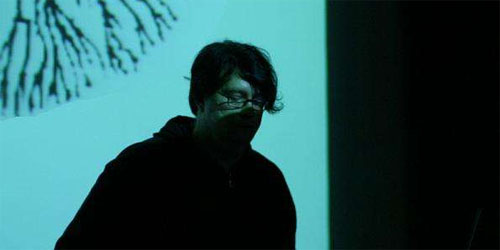 I accidentally came across your album in a minimal techno section of my local record shop. Would you prefer it be filed under another category?
No, I don’t really care about putting my music in any category. I think my music has more listening value than the average minimal techno stuff. At least I would hope so. In the end its all just plain music. Either it resonates with you or it doesn’t. My intent is to make music that takes you in to another world.

Do you think we’ll see another experimental IDM album from you (by that I think I mean something along the lines of Ludwijka with a lesser defined 4/4 beat)?
It is most likely. If there is still time.

Tell us more about your collaboration with Fredrik Hedvall on Melt (Narita, 2008)
It was all worked out over the internet. He sent me loops and sounds and I made some tracks out of it.

How has the post-Merck world been treating you?
Hmm… the world is a strange place right now, and it’s gonna get real interesting to see how things develop. I would really like to see the end of all this stupid materialism, and that would include the “death” of music industry along with the entire oppressive capitalism system that keeps everyone slaving for money and food. We now have the technology to let the music be free. Everybody is free to create. Personally I think the rEvolution is already in motion, and I trust that the universe will take Everyone of us to where we need to go.