I’ve got something else very special for you today, folks. More of a preview, though, than a premiere, but still, worth your attention. On December 1st, Rob Lowe and Michael A. Muller of the fantastic Texas-based group Balmorhea will showcase a concert film, which will air for only 72 hours via Deutsche Grammophon‘s YouTube channel, after which it will be archived on the Stage+ platform, and not available publicly. The film is a live performance of 2021’s The Wind (which I have reviewed, praised, and selected for Best of the Year here), and which has been recently re-released as a 2-disc Deluxe Edition by the label. For the live show from the Arena [a former army base gymnasium] of Donald Judd’s Chinati Foundation in Marfa, Texas, the duo is joined by Aisha Burns on the violin [and vocals], Clarice Jenson on the cello, and Rob Mazurek on the piccolo trumpet, and the entire performance is beautifully recorded by Drew Bienemann on film. The audio, captured and mixed by John Michael Landon will also be released on December 2nd. The entire package has been beautifully produced by the award-winning filmmaker and Amazon Music Creative Director Jared Hogan. Alright, enough of the credits, and what of the music? The pieces are played quietly in an intimate space and the acoustics of the entire place become the instruments themselves, which are just as important in their lovely resonance as they are in their silence. The microphones manage to pick up the sounds of the wind and the creaking building which is moving, together with music, in a slow, wafty dance. Another teaser from the entire performance, titled “Rose In Abstract” was released about a week ago, but today, I’m sharing with you a piece called “Nos”. I wish you enjoy this as much as I did, and hope you catch the entire show.

As the Arena’s roof contracts and expands with changes in temperature and wind pattern, it creates varying levels and types of noise, adding its own voice of metallic creaks and shudders to the sparse beauty of Balmorhea’s music. Jared Hogan, known for his projects with artists such as Muse, Girl in Red and Joji, brings his own pared-down vision to The Wind, contributing further layers of atmosphere with his shots of the sprawling museum and the vast skies, natural landscape and distant horizons of West Texas, as well as capturing every detail of the performers’ work. 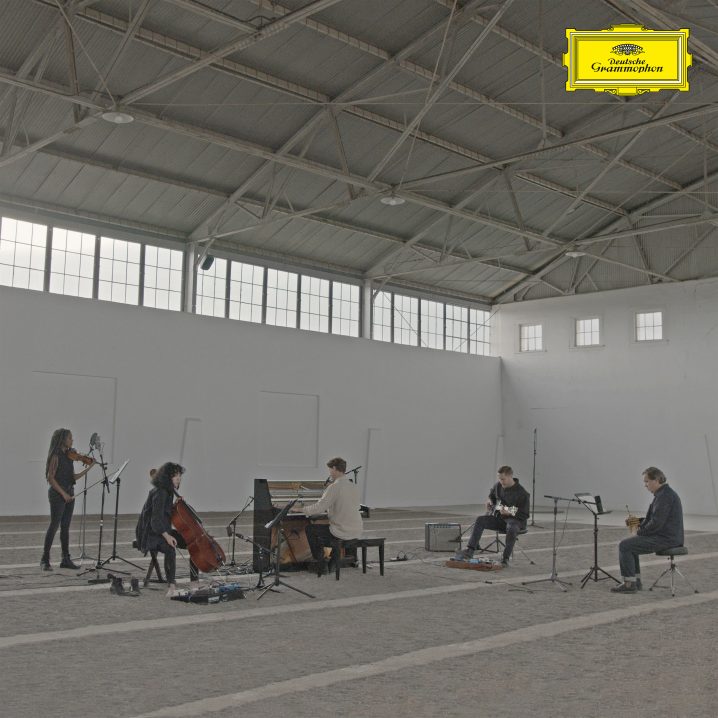 Once again, if you missed this, you need to be on Deutsche Grammophon YouTube Channel on December 1st. Otherwise, you can join DG’s subscription service, called Stage+.