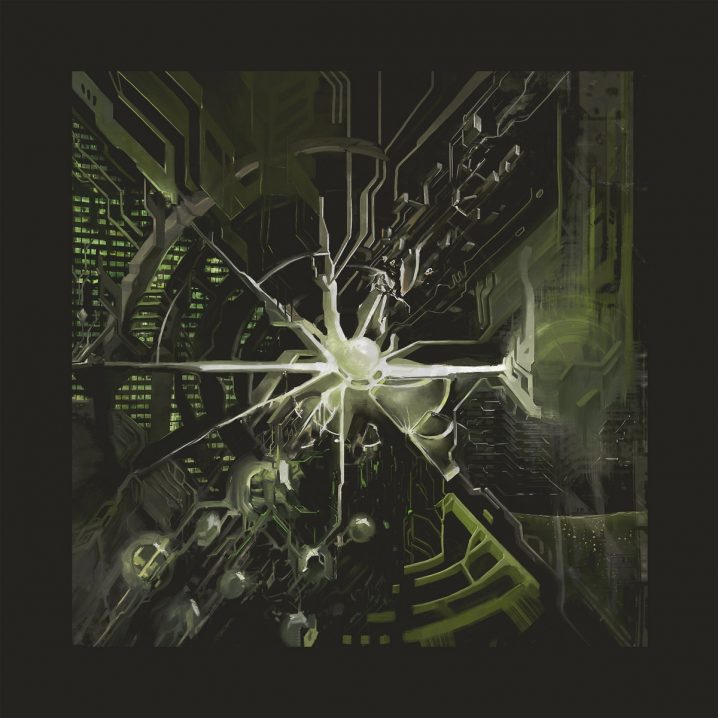 Subtitled as an “Original Score for an Abandoned Video Game,” Siren Songs is indeed a soundtrack for an unreleased dystopian adventure game for the Oculus Rift. I have confirmed this with Ben Lukas Boysen – you never know these days, it could have been a gimmick, although, of course, I don’t expect that from the esteemed Erased Tapes. Lately, I have come across a few releases for never finished projects or cancelled arrangements (Jóhann Jóhannsson‘s score for ▓▓▓▓▓▓▓▓▓▓▓ comes to mind, remnants of which have appeared on his post-humous Gold Dust EP). And although I am slightly sad to know that these will never see the light in their entire being, I’m thankful that we get a chance to bear a piece of it, at least in sonic form. Indeed, my very own Out of Time [plug!] album was a result of a flopped agreement which I have polished off under the “music for an imaginary film” inscription and finally put out into the world. So yes, I am extremely happy that we get to still experience this score, or rather a portion of it, which has been condensed into an album, because it definitely stands out on its own as an exquisite entry in this producer’s catalogue of works.

Having already hinted at the “dystopian” nature of this virtual reality one can imagine emptiness and darkness in this frigid world. It is a future that is drained of all organic matter, and all synthetic growth recursively spreads out. Track titles such as “Fractional Felonies” and “Zero Pointers” hint at mathematical and programmed sprawling creatures that seem to multiply and drip from Ben’s intense design. On other pieces, we descend into the depths of “Solomon’s Lair” or get lost among the twisted crawlies of an eerie atmosphere within the “Wisdom of Crowds” as the elaborate sonic production takes over all of my senses and I am simply mesmerized, enraptured and then dragged into the vortex of this void. This is a dismal and delicious sombre space, one which delightfully eclipses all the light, projecting gorgeous doom and the predestined beauty of demise.

I thought about a highly digitalised world, a rather overexposed version of the world we do live in already in some aspects, but much more sinister; dark with very little human touch left, but not totally gone. The soundtrack needed to reflect this cold existence yet have traces of redemption left in it.

The album came out early this September, and, curiously, available only as a digital release. Perhaps the physical LP is still stuck in the pipeline, behind all the records in the growing queue of struggling vinyl manufacturers (yes, you can hear a collective sigh from all the label owners who had to push back their release dates by a year!). Meanwhile, once again, I’m grateful for this release from one of my all-time favourite electronic musicians, who has appeared on these pages for every single one of his beloved works. Be sure to also check out his rework of CEEYS‘ Fallen for which I have premiered this video this month. Highly recommended!