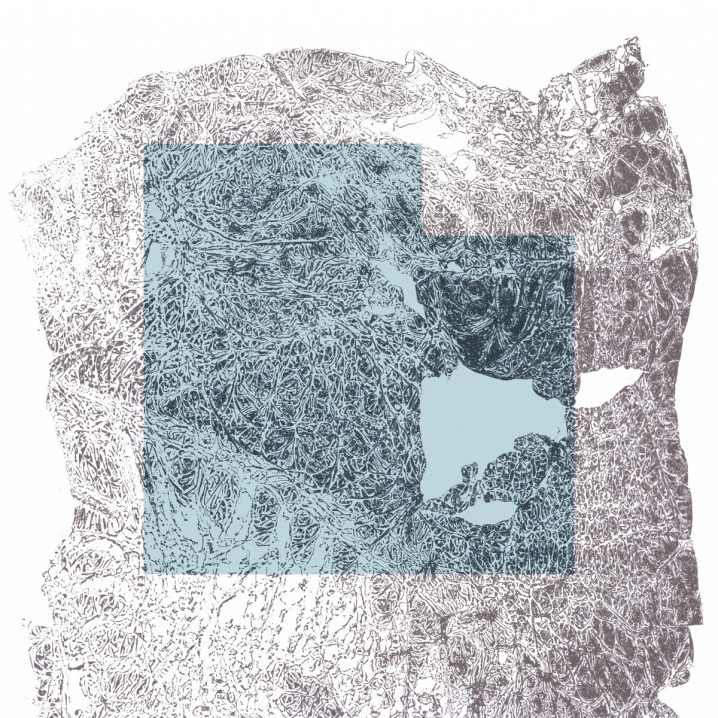 In yesterday’s Out Today column for November 6th, I briefly mentioned a new record by An Moku & Stijn Hüwels, but I actually meant to write a little more about it. As you can see from that very small sampling of music coming out these days, it is absolutely impossible for me to listen to every single album, let alone cover each one in detail. And so the best float to the top. Speaking of floating – it is precisely the feeling I get when playing through this gorgeous half-an-hour piece [in fact, it is often left on repeat, to play for an hour, and sometimes for two]. James Murray‘s newly launched Lifelines digital series of releases has graced us with music, with art, and with words, most recently appearing on these pages with Mathieu Karsenti‘s Downstream Blue EP. And yet this new collaboration between Dominik Grenzler [that’s An Moku’s real name] and Stijn Hüwels is something else entirely. Born out of the exchange of ideas [yes, during this lockdown], Where We Meet is a magnificent exploration of texture and tone, often approaching the spiritual, the angelic, and the divine. Microfibers of elemental particles sparkle and drift through the marvelous ambiance of abundant reverb, expanding harmonics, and minimal piano [?] notes. This atmosphere continuously evolves and moves and whispers, like an early morning mist, spreading substance through vapor and breeze. “Here, on the duo’s first collaboration together, carefully weighted melodic gestures and micro-textured sound design merge effortlessly with long-form, widescreen ambient drone, resulting in a dreamy and beautifully judged display of integrity and restraint.” It’s a gem of a track, even as a single release for the series.  And it’s only enhanced by the art from June Murray and the mastering touch by Ian Hawgood on his analog gear. Give this a play, and I’m sure you’ll be looping this track all through the winter. Lots of encouragement from my side for a full-length release! 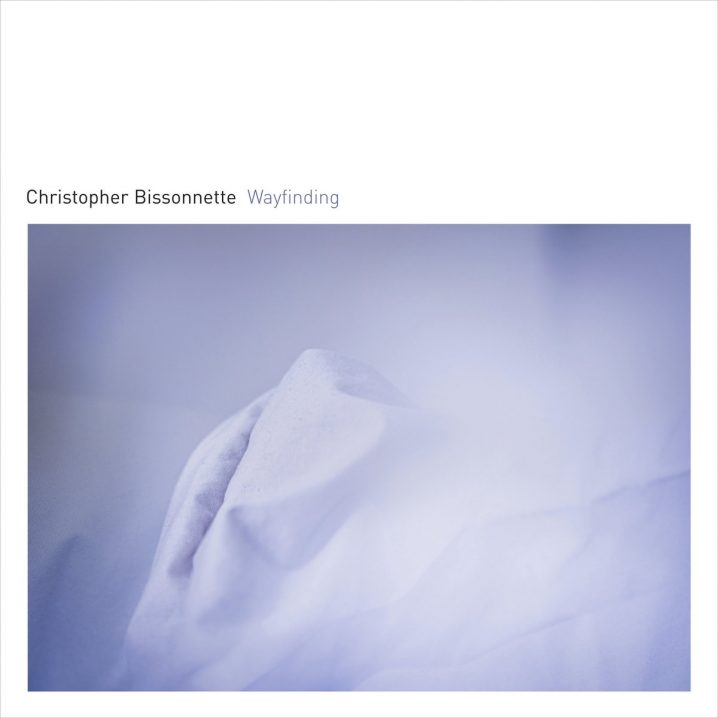 Twenty-twenty sees the Canadian sound artist Christopher Bissonnette release two albums, since his early works on Kranky. First, it was the synth-based long-form drone release, woven with organic sounds for the Moscow-based Dronarivm imprint, titled The Wine Dark Sea, in which, I wrote, “soft hiss and warble carry the mild frequencies in the rich harmonics, painting slowly, one fluid layer at a time on a canvas of the immeasurable openness.” And now, it’s a surprise release for the iconic 12k label, operated out of Pound Ridge (New York) by Taylor Deupree. And listening to Wayfinding one immediately admits to all the reasons for an appearance on this imprint. Gentle strums, bell chimes, lo-fi treatments, and the overall acoustic space make this release an ideal candidate for everything that is 12k – in fact, with just a bit of trickery, I could have convinced you that this music was composed by Deupree himself [and that’s a compliment, of course]. The eight pieces on this 37-minute album explore the intricate surfaces of sound, incorporating field recordings, peaceful din, and natural hum. The soft focus on each blurry edge of this recording captures a hazy dreamscape in the midst of hot summer smelt. “Bissonnette’s focus has shifted from sweeping pastoral drones to introspective passages with delicate melody and elusive harmonies interlaced with studio and field recordings. This minute scale is also reflected in a photographic series that studies the domestic landscape of a home. The sequence of images transforms the banality and insignificance of the familial interior into expansive vistas and bucolic panoramas.” This is a personal and introspective study, with an emphasis on endless splendor and grandeur, found in limits and restraint. Tenderly mastered for a gorgeous clear vinyl pressing by Deupree [and a digital release]. Do not miss out on this one, folks, especially if 12k is your temple!

leaving everything to be desired 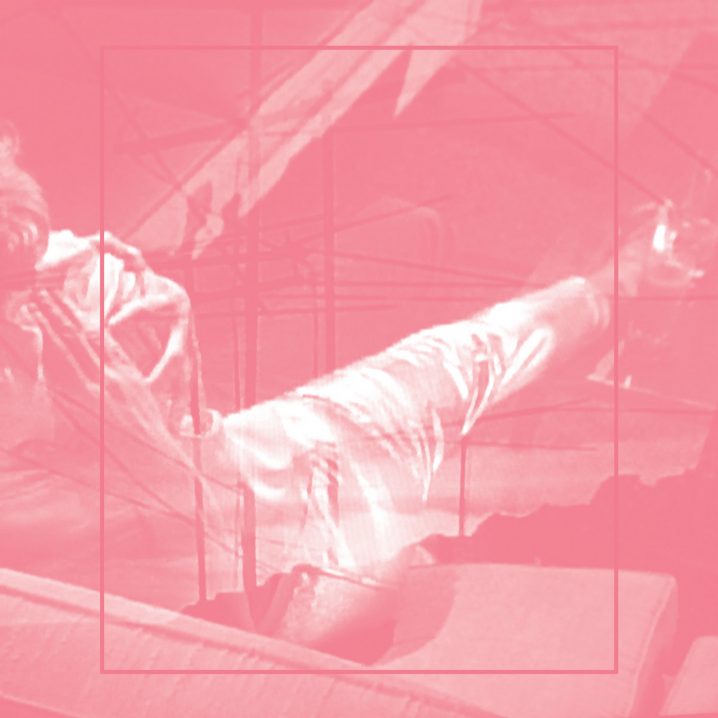 The latest dose of suburban delirium is an absolute stunner from Richard Chartier, who continues to raise the degrees of my fever with his Pinkcourtesyphone project. For the latest “temporal extravagance” in late-night intoxicated drift, Chartier abandons all predictability, leaving everything to be desired, whether you knew if you wanted it all or not. This is the pre-post-war music of households, where families learn to survive, where they duck and cover, as the mushroom engulfs over cleanly cut grass. And now you can sit down. As the benzodiazepine slowly kicks in, the sounds of the radio, and neighbor’s 78, and someone’s old car, whiff in and out of pop-minimalism, abstract expressionism, and watercolored monochrome film. This marvelous Room40 release is a “sumptuous serenade revealing with candor the essence of the many careful adjectives used for situational descriptions. […] Sometimes charmingly flamboyant, sometimes darkly wistful, sometimes deadeningly soothing, sometimes abrasively tender, but always engaging and ultimately engulfing of us.” Mastered by the label’s boss Lawrence English, and adorned with the album cover featuring photography by Chartier himself, this third full-length for the imprint is another brave new world chapter in an ongoing daytime soap opera that rings in pink. Highly recommended for your soporific, confined, and disconcerted mind! For more from Chartier, check out his recently released album, Continue on Moving Furniture Records, as well as an archival release of a live recording of a 2004 collaboration with William Basinski on his very own 2062 imprint, titled Something From The Pink House, and an hour-long atonal and rumbling drone on Chartier’s own established LINE, titled Variable Dimensions. Four very different projects and works, with Pinkcourtesyphone being a favorite. 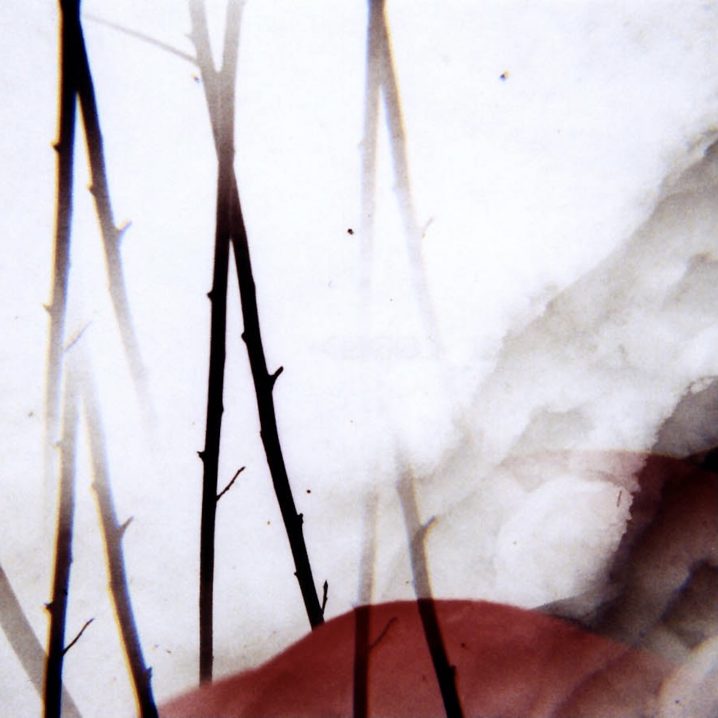 Another record that I wanted to bring your attention to is a new self-released album by Todd Chappell, who gave us a taste of things to come back in April when I premiered a track titled “Anchor” from his same-titled EP. On Nodus Tollens, which in Latin translates to a realization that the plot of your life doesn’t entirely make any sense anymore, “that although you thought you were following the arc of the story, you keep finding yourself immersed in passages you don’t understand, that don’t even seem to belong in the same genre — which requires you to go back and reread the chapters you had originally skimmed to get to the good parts, only to learn that all along you were supposed to choose your own adventure.” Under The Ideal Setback moniker, Chappell pivots from ambient shoegaze to post-classical cinematic passages, full of piano and strings, to tell a somber story expressed through nine short pieces, clocking just at thirty minutes in length. The fragile miniatures are beautifully arranged with soaring violins, felted keys, and atmospheric ambiance, this is frankly, very much surprising [in a good way] to hear from this San Francisco-based artist. I think it’s mostly because I’ve expected more of his guitar droned-out pads, whereas here the leap over to classical is a brave one indeed, and it lands on the other side safely and well. I’ll be happy to hear more music like this from Chappell, but for now, I am cozy, secure, and content, even if my life doesn’t really exist as a story. It’s a tale without a plot.