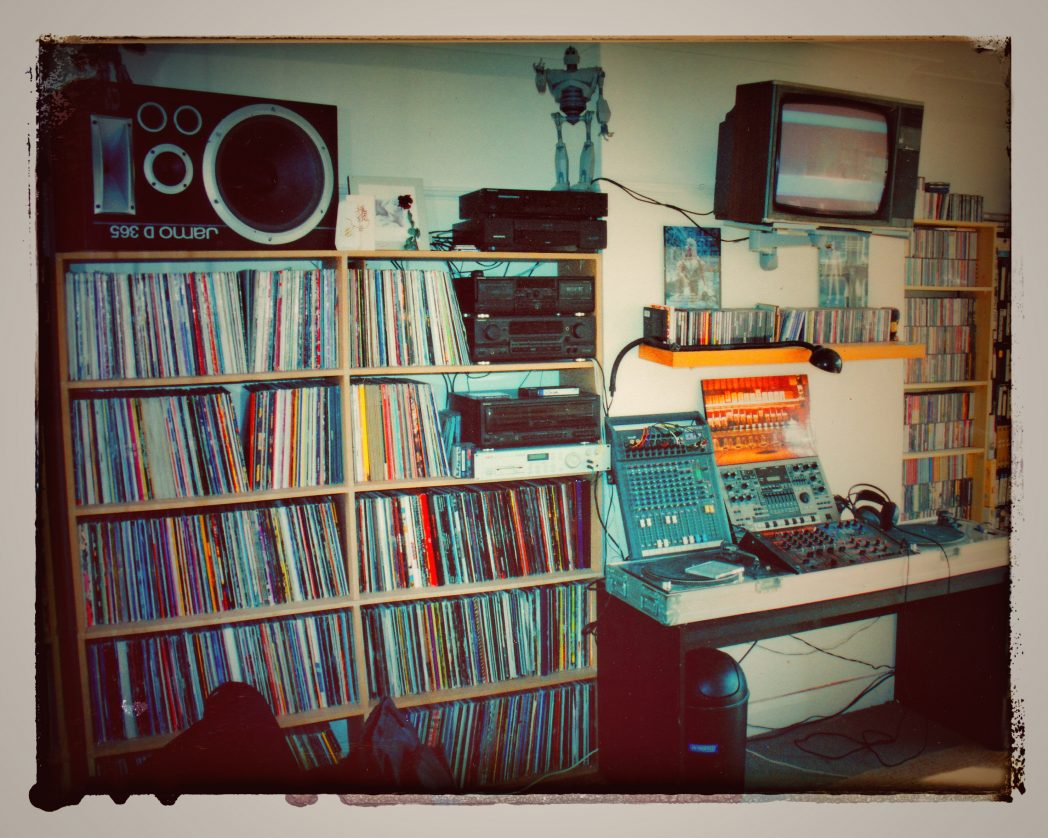 In order to understand the present, sometimes one must look into the past. It is, after all, the memories that make up the “you” of who you are. If you are to erase them, and your past, would you be an entirely new person? Perhaps you’ll make the same mistakes again. And buy all that expensive vinyl. 😊 In the case of Orangewarrior, the past includes a collection of electronic and ambient music of the mid-90s. And that precisely coincides with my very own “becoming” of the time, which is why I’m very much excited about this special mix. This is a fun journey down the memory lane which I hope you will enjoy with us. See a blurb on the mix plus the entire tracklisting below!

As lockdown was starting around the world, the hashtag #Me@20 saw folks posting photos of themselves age 20 online, often embarrassing and gawky with bad hair and worse clothes. Well, I had a root around and as a notorious photo-phobe, the only snap from around that time I could still find was of my student digs (see photo attached), which it gave me the idea for this mix – a snapshot of my favourite music from when I was not yet 21…

History will say that music in Britain ’97 was all about Spice Girls, Britpop or The Prodigy, but for me, it was an exciting time in electronic music – Detroit and Berlin techno sounds had been drifting into the UK clubs from different continents, the sounds absorbed, processed and reshaped by pioneering labels like Warp, R&S, Rephlex, Mo Wax, Ninjatune, Skam, and many others… often dismissively labelled as “eclectic” in Tower Records or Virgin Megastore. A few years earlier, we’d go from The Orb all-nighter raves to ambient techno clubs like Telepathic Fish, Quirky and Club Megadog, absorbing influences from DJs like Mixmaster Morris, DJ Food, Aphex Twin, μ-Ziq and so on… As we got older, the scene evolved and splintered in different musical directions but was often guided by the same producers and labels.

This mix is my love letter to those times of exciting vinyl hunting, and some of my most beloved tracks. I’d hope that listeners can enjoy the warm glow of familiarity with some tunes and then be surprised by an old gem unearthed, or polished in a different way than they might remember.

Nostalgia has proven to be a great comfort in the last few disturbing months, and I hope that for a couple of hours at least, I can transport you back to the heady days of late 90s electronica… be that at the Blue Note Solid Steel sessions, That’s How It Is, or just sat around a pair of turntables with good friends and endless nights… Enjoy!