The following article has been written by Rudi Arapahoe who has been studying Erik Satie‘s “cryptic” Système sur-atonal. Arapahoe has recently released a three-piece EP, titled Plates, Vol. 1: Système sur​-​atonal on which he applies his explorations of these harmonic systems. “The Système consists of a series of 4 scales creating seven four-note chords,” explains Arapahoe, who wanted to introduce the music community to the system through this article. “The chords consist of only three intervals: Major 3rds, 4ths and diminished 5ths (and their enharmonics). It creates curious harmonies.” This may be the first music theory articles on Headphone Commute, but rest assured that I am indeed interested in this topic. Arapahoe’s release is accompanied by the music scores for the four compositions and is available directly via his Bandcamp.

Numerous compositional systems emanated from the fecund mind of Erik Satie. Today we are going to take a look at his cryptic Système sur-atonal from one of his 1917 notebooks (BNF 9624, p4). The Système consists of a series of 4 scales suggesting seven four-note chords. The chords consist of only three intervals: Major 3rds, 4ths and diminished 5ths (and their enharmonics).

I was first introduced to the Système in a lesson with the English experimental composer Jim Simm (SOUNDkiosk). Simm is an expert in the music of Satie and has published several editions of Satie’s music in collaboration with the UK’s leading Satie scholar Robert Orledge. 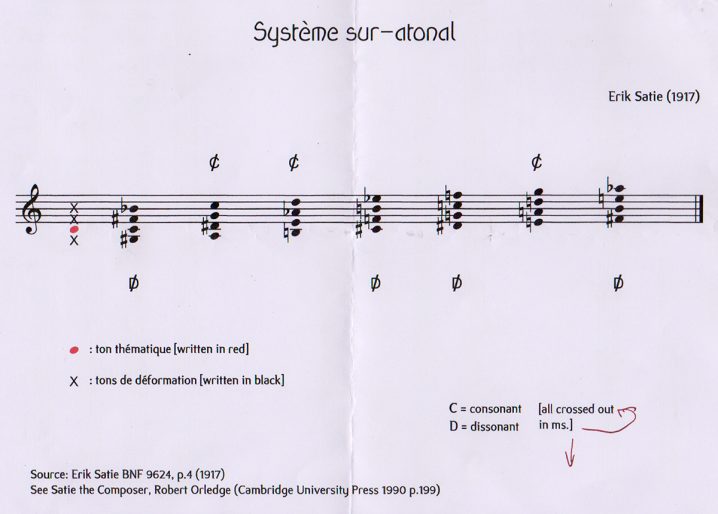 The image above is a scan of my lesson notes. We will never know Satie’s true intentions however my preferred interpretation is that the tons de deformation scales are used to harmonise the ton thématique. Curiously it seems that Satie initially marked some vertical combinations to be ‘C’ and others ‘D’. Perhaps indicating that at some point he thought some combinations to be ‘consonant’ and others ‘dissonant’ — though later he changed his mind, and deleted the ‘C’ and ‘D’ indications.

Système sur-atonal remained a peculiar sketch that never ripened into a composition by Satie. So as we continue with this idea, we must remember that we are now moving from looking over Satie’s shoulder to creatively interpreting his idea. Of course, this small but important distinction does not mean that we cannot have a little fun! 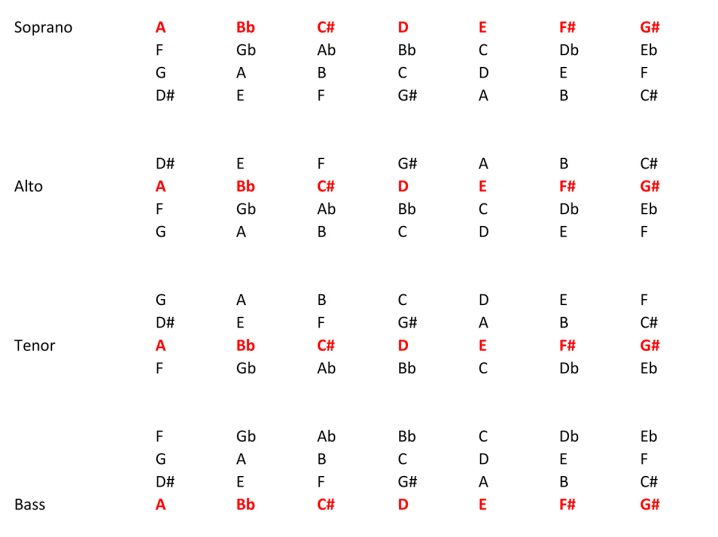 In permitting the ton thématique to wander through the four voices we open some interesting doors to new musical options. Further, there is no reason why you should not have a little tinker with the Système sur-atonal to make it your own. I have seen a very pleasing treatment of the Système by Jim Simm based on a E Phrygian scale with a harmonic minor top end — so I implore you to get your hands dirty and explore!