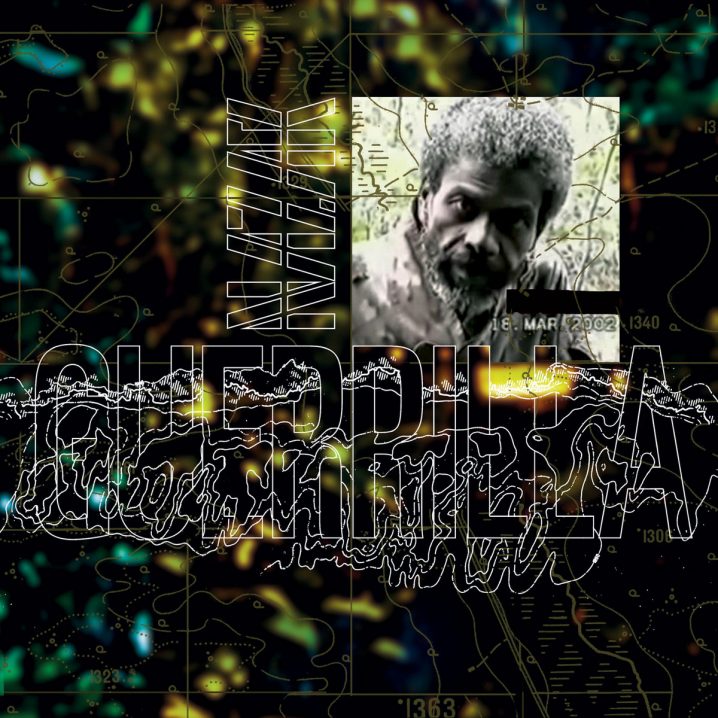 There are times when I feel like I’m stuck in a genre, and after a while, everything starts to sound the same. It’s like eating the same meal, where your tongue becomes desensitised even to the spiciest of foods. So I mix it up. Thankfully, I’m a huge fan of some of the genre-spanning, shifting and evolving labels, such as Kode9‘s UK imprint, which has been at the forefront of electronic music development in the last decade. Checking in with Hyperdub is always a pleasure, especially when its output challenges and excites my senses all over again. Enter Nazar, a 26-year old Angolan [and now Manchester-based] producer who “weaponised” Angolan’ kuduru’ dance music into a darker, sludgier, and heavier slab of sound that seems to plough through every obstacle in its path. This music comes from the bleaker corners of the soul, sampling firearms, titling tracks after surface-to-air missile, and moving the body forward into the combat of injustice to ambush your sonically deprived mind. “On ‘Guerrilla’ Nazar uses Rough Kuduro to sensitively examine and digitalise his family’s collective memory and country’s past, threading together oral histories, political realities and most significantly re-imaginings of direct horrors. Every track on Guerrilla documents his personal story of the war and its aftermath in countless people’s lives in a detailed and episodic manner.” Beyond the context of the album, the music is extremely well-produced, and even if you didn’t know the background, it would guarantee to grab your attention to decipher its complex themes and send you reeling in a cry for survival. Highly recommended for the outer edges of post-techno and post-bass, including followers of genres such as gqom, afro house, and kwaito. Fans of Andy Stott, Lee Gamble, Demdike Stare, Raime, and Actress will enjoy! 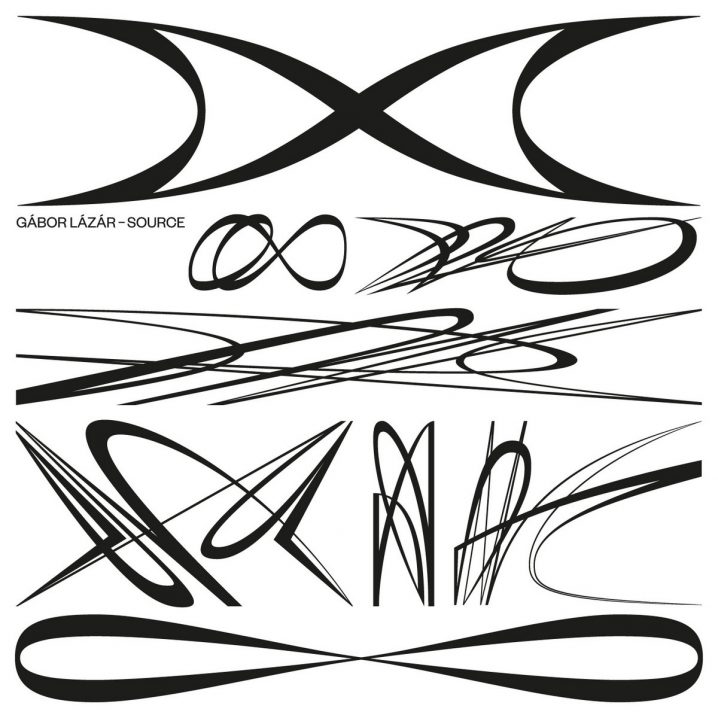 I can always rely on Mike Paradinas‘ trustworthy Planet Mu imprint to bring the uttermost fresh sounds to my attention. I’ve had my ear on Gábor Lázár for some time now, but with his latest release titled Source, he’s really turned up my notice. On his Unfold album for The Death Of Rave in 2018, Budapest-based Lázár introduced us to his laser-focused, metallic-sounding, harmonic chords and dropping 2-step beats that were described as a “flux of zinging mentasms and hyper rhythms with a cyber-mongrel gnash.” Now signed to Planet Mu, the explorations of these aural experimentations continue, with eight growling tunes, that cut through the airwaves and bounce in the studio sans all reverb, treatments and time-based effects. I love the absolutely razor-sharp dryness of tone, the cut-up precision of percussion, and the growling of the saw-toothed bass. Its surgical, laboratory and grime-free execution pushes the limits of my hi-fi sound setup to the extreme. I can only imagine what it would sound like in a nice club system. “Gábor bends his sounds, abstracts them and re-contextualises them; basslines fire out of the grid at strange angles and squirm as if they’ve come alive, shards of melody shoot off at wild angles, attacking with drama and a thrilling sense of energy.” I’d love to know the palette of synthesis as well as the process behind the production for these tracks – perhaps I’ll get Lázár to do an “In the studio with…” feature. This would be up the alley for anyone who loved the Raster-Noton sound of the past decade, as well as the evolution of bouncy and twisted synthesis from Second Woman, Monolake, SND, and Datach’i. Beyond the genres and beyond your wits!

And if your dull, weary mind hasn’t awakened from post-futuristic genres above, leave it to Grischa Lichtenberger to tantalise and tempt all of your senses with his unique take on sound design, synthetic vocalisation, and head-nodding beats. Although we’ve just witnessed computer-generated “hard code pop” from Atom™ (also on Raster), this latest release on the German imprint skips over the boundaries of instrumented voice. KAMILHAN; il y a péril en la demeure is the fifth and final instalment in a series of works that began with LA DEMEURE; il y a péril en la demeure in 2015, focusing on the subtitle of the album, which is a French phrase that translates to “there is a danger in one’s residence,” with an acceptance of moving just beyond the comfort zone. “In a way, one could describe art as a pathological condition to hold onto a communicative defect,” comments Lichtenberger on the metaphor. “In this respect, the album is about a crisis – about the impossibility of expressing the unspeakable and instead secretly tying it in a parallel thread that deepens the relationship to the impossible.” This is a sizzling, glitchy record, with the experimentation mimicking a pop song structure, and then deconstructing the symbolic repetition through a cryptically fragmented vocal verse [reminds me a bit of “Pulk/Pull Revolving Doors” track by Radiohead from Amnesiac]. A very different album from Lichtenberger’s previous offering on Raster, re: phgrp, which was unravelling free jazz through its electronic lens of decomposition, but something I connect with even more as the jittered rhythms destabilise my patterns. Highly recommended for seekers of the next fresh sound, and fans of Autechre, Kangding Ray, Richard Devine, Byetone, Robert Lippok, and Alva Noto. I think we may find KAMILHAN on many “Best Of the Year” lists, including one of my own! “Best understood as crooked ballads…”