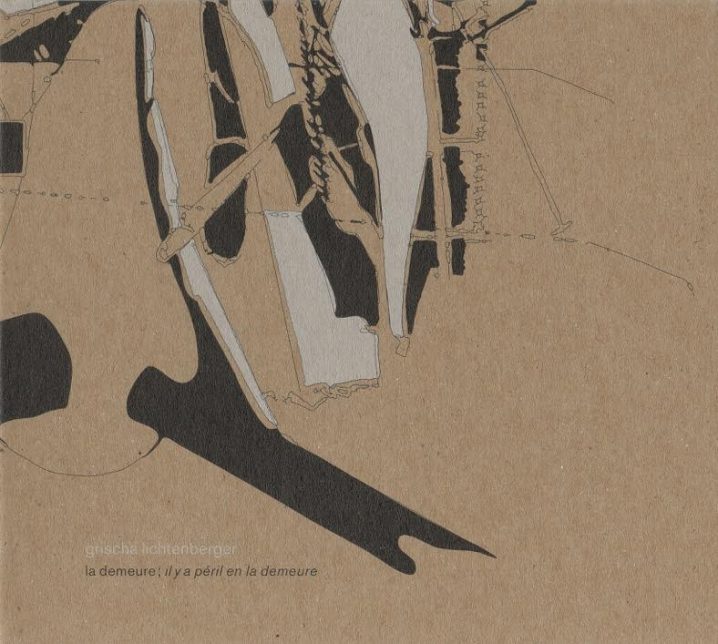 Glitch. Of course I remember my first taste of this genre. It was the early 90s and the abstract sound of those digital structures made me quiver and cringe in awe. Did I really understand and receive the message or was I only pretending? Did those meticulously sculpted sonic sculptures exist in their opaque and inscrutable form, or were they simply digital documents of an experimental accident? Was there really a rhythm, or did my neurons react to a repetitious pattern and tried to make some sense within their mesmeric hypnotic din? Fast forward 25 years and the answers appear to be somewhere in between, unlocked, revealed and reinstated by the aural architects of the present day.

Enter Grischa Lichtenberger, with his début release on the German Raster-Noton label, titled and IV [inertia], which I covered back in 2012. With a nod to Autechre’s post-90s spiral in exploration in deconstruction of frequencies, order and noise, Lichtenberger propelled his very own take on an intricately programmed brain candy, asking the listener to buy into a conceptual story-line of his invented self. For his follow up on the same label, fantastically titled LA DEMEURE; il y a péril en la demeure, this Düsseldorf-based sound designer pushes the envelope even further, twisting and fracturing the form into its disjointed components, only to be reassembled again, upon a set of twelve short pieces, that grow on me with every passing day. The album is also a promising new beginning, appearing to be an opening to a five-part series of works, each with its own context and theme.

LA DEMEURE – the residence – could be outlined as intimacy, a symbol of isolation and privacy: the joy of being withdrawn from economic, temporal or social restraints in the confinement of a home. It owes gratitude to a protective otherness, a hospitality that leaves a trace in all the works deriving from this freedom. The double bind of an enabling retreat (la demeure) and the remaining (demeurer) trace of this otherness in it generates the central tension of [the album].

Throughout the story, rhythms collapse upon themselves at varying distances from the sound stage, but in keeping up with their rubber-band signatures, these textures blanket the misconstrued skeletons of the framework, keeping their dark and contorted castles afloat. These are post-futuristic formations, slowly stomping forward across the landscape of modular fabric, retaining their head-nodding craniphone contact, accessible mostly by wide awake minds or those beyond the reach of modern science. These configurations are fairly organic, although some leave behind that slight metallic residue, lingering long afterwards, with the sweetness that swells up at the edges of your sense organs in a post-acidic aftertaste. Semi-neutral in color and warm to the touch, the composition is a breathing vertebrate, imagined in a laboratory, compiled on a mainframe, and let loose upon your ears.

Perhaps not an outstanding example of an easy listening material to those uninitiated to the hidden wonders of complex abstractions (early Autechre now appears facile by comparison), the album is a perfect representation of the evolution of music, slotting perfectly among the catalog shelves of Warp and Raster-Noton alike. With the CD being the first entry in this five-part installment, Lichtenberger will release three vinyl EPs “that will place the experiment in relation to the public,” completing the cycle with a follow up album, focusing on exigent circumstances to be discovered at another time. Highly recommended for the purveyors of everything delicious, and, well, especially, glitch…