Let’s start at the very beginning. Can you tell us how you got involved in composing, and what was your very first piece of gear?
Early in life and I never really thought much about music, say nothing of taking lessons or playing. It was at the age of 13 when some of my classmates started listening to rock and punk and played music on their guitars. I looked at them and thought “hmm, it looks fun!” and I asked my parents to buy me an electric guitar, the cheapest one possible. It was some kind of Stratocaster copy. I liked the whole idea of making sounds and pretty early I realized that I was more into noodling and trying to figure out “my own” harmonies and chords than just doing cover songs.

How many different studio iterations have you gone through, and what does your final setup look like right now?
It was always a really humble setup and it was always meant to be mobile. For a long time, the only hardware I had was an all-purpose Mac Mini, cheap MIDI keyboard, headphones (because of neighbors) and a guitar, it was at my parent’s house. By the time I moved to a country-house with my wife I had already got a few old synths (Juno, DX7, Korg MS20) and new studio monitors (Neumann KH 120), and I lived like that for few years until, coincidentally, we moved just a few days ago to a new place. Most of the pictures you see are made just a few minutes before I packed all the stuff away into the boxes, so it’s all history now. 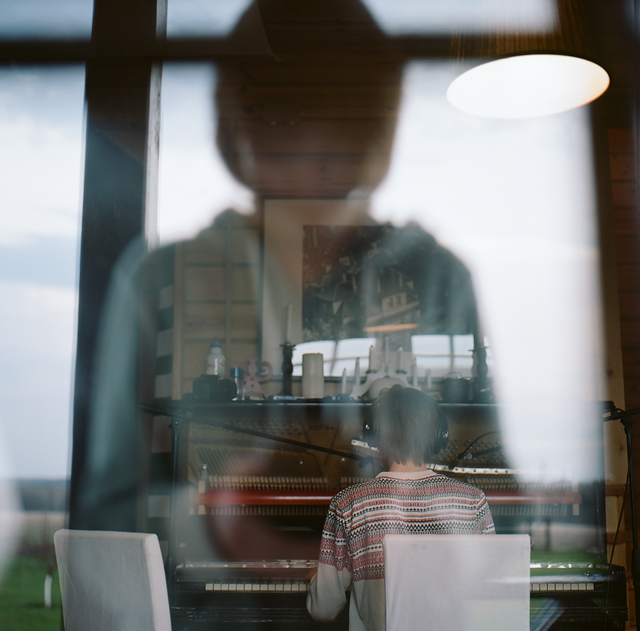 Tell us about your favorite piece of hardware.
Roland RE-301! As you could already notice, I work in-box almost exclusively and don’t rely on hardware gear, and the moment when I first heard the liveliness and authenticity of the real analogue tape echo was a revelation for me. You can put anything into it and it will start to be alive – how cool is that! But actually now I try not to overuse it, so it works as a bedside table now!

And what about the software that you use for production?
I use Logic Pro X as my DAW and my primary source for sounds are sample libraries, lots and lots of them.

Is there a particular piece of gear that you’re just dying to get your hands on and do you think one day you’ll have it?
I wish I had a proper-sized studio in which I could put a real piano with a couple of good mics and a DSI Prophet. But at this point in my musical journey, a much more valuable achievement would be having access to a real orchestra and an ability to record it.

Can you please share some aspects of sound design in your work?
Since my day job is doing music and sound design for video games and I have finished a sound designer higher education course, the answer will be too long! But when I work on my personal music I think the main idea that I follow is that you can imagine a music as merely just a noise with a set of accentuated frequencies, therefore treat it as a noise with some tonal information that is only by chance is interpreted in our brain as something that has a semantic layer. And by doing so you automatically start to think the other way around: all sounds have musical properties to one extent or another and you start to respect them as a legitimate part of your tooling. The idea is not new for sure, it just brings diversity to a musical palette. 100% Money-Back Guaranteed. 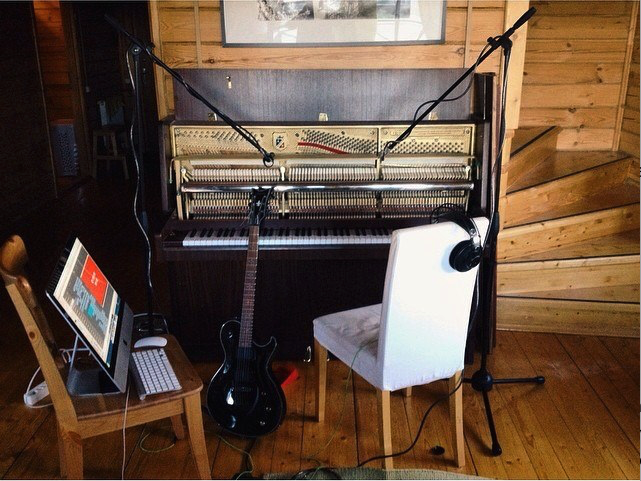 Any particular new techniques that you tried out for your new album?
I tried to be as honest as possible and to put as much skill and detail as I could: I deprived myself of using sample instruments and recorded a real string quartet, two pianos, a clarinet and solo cello instead. And I tried not to use any overdubs or layering for these recordings; to focus more on the composing and orchestration rather than sound production.

What does your live setup look like, and what do you bring with you when you travel for an extensive tour?
It’s a painful question for me as I don’t play live for many reasons one of which is my inability to deliver a convincing full sound with the limited resources that I have. One of the workarounds during my few live shows was using background playback, and in some compositions, this was just a mixed audio file with the exception of couple tracks and the only thing we did was just playing a bass and piano line on top of that stuff. It felt really, really wrong.

What is the most important environmental aspect of your current workspace and what would be a particular element that you would improve on?
I think that the most important thing is that it should be at home, with lots of natural light.

What can you tell us about your overall process of composition? How are the ideas born, where do they mature, and when do they finally see the light?
Since my day job is connected with an ability to compose any music at any given moment, with as little compromise as possible and as fast as possible, I simply have no time to think about how my ideas mature and see the light. When working on a bespoke piece I usually start with just a chord progression without a melody and then I start to arrange it with different instruments, like the way you arrange a Christmas tree. Somewhere in the midway, I find the melody, right instruments and “attention grabbers” — something that will make the composition different from just another mediocre piece in the same genre. Mixing and mastering also get done somewhere between the previous steps. I audition it, send it to the client and then… the piece gets rejected and I start everything from scratch! My personal music is a bit more relaxed, but the only real difference is that I am a composer AND a client.

After the piece is complete, how do you audition the results? What are your reactions to hearing your music in a different context, setting, or a sound system?
I have a pair of speakers I trust and a pair of headphones for some minuscule details (accidental sample cuts for example), but I am not the kind of guy who listens to the result on every piece of equipment possible. I think the main reason for that is that I am more worried about some kind of harmonic fatigue, not sonic fatigue, i.e. I quickly stop to hear the freshness of melody, chord changes and can’t make right decisions after that. What helps me is exporting my work-in-progress (somehow listening to the audio as a .wav file on a computer gives a different experience as opposed to playing back the project in DAW) and just pitch shifting the whole file 1 semitone up or down. I know it doesn’t work for everyone but for me, it’s like listening to the composition for the first time harmony-wise. 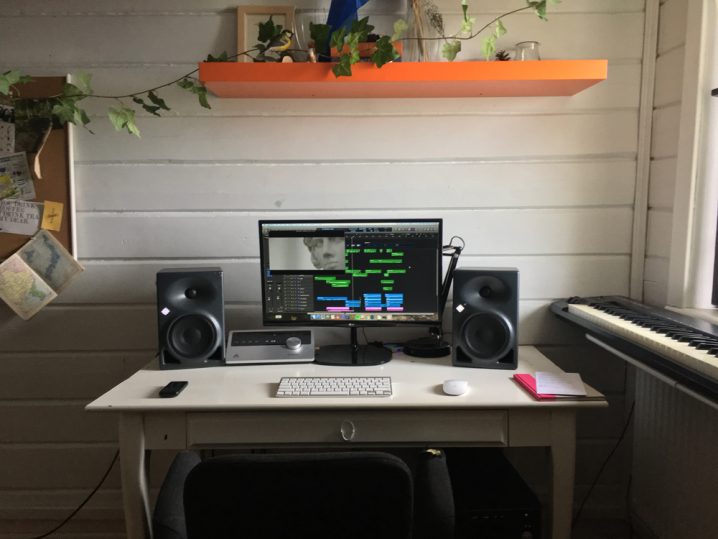 Do you ever procrastinate? If so, what do you usually find yourself doing during those times?
Oh yes. No matter how easy the job is there is always a slight fear of blank paper and procrastination comes into the place at these moments. But sometimes there are moments when there is no work to do and I just can live without doing, playing or even listening to music for several weeks in a row. I don’t know if that still qualifies as a procrastination but if so it’s a massive one!

What gets you inspired?
I don’t rely on inspiration and taught myself to never rely on such things as they ruin the productivity in the long run.

And finally, what are your thoughts on the state of “electronic music” today?
Maybe because I grew in the internet era I perceive any style/genre merely as a cataloging thing, and I believe that any definitions and descriptions of music will get more and more blurred in the future. I think it’s a good thing.