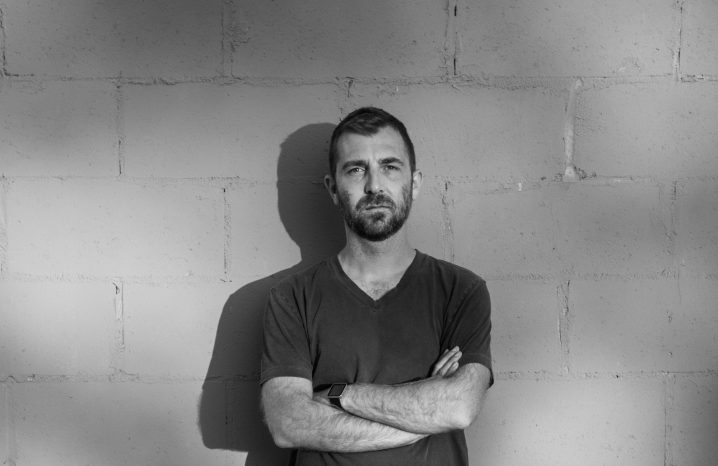 Lets start at the very beginning. Can you tell us how you got involved in composing, and what was your very first piece of gear?
my first encounter with creating electronic music was at my friends studio in the mid 90s where he had a roland juno 106, Moog Prodigy and Boss DR660. i would play around with them a lot when i visited and he eventually offered to let me borrow them for a while. from there i got obsessed with all the different sounds they could generate and wound up buying a minidisc four track to record these experiments and explorations. so i suppose the tascam minidisc four track was my first purchase. i eventually convinced my friend to sell me the juno, he wouldn’t let go of the moog though unfortunately. my first synth purchase was a nord lead a few years later.

How many different studio iterations have you gone through, and what does your final setup look like right now?
i think i’m on the tenth iteration right now. i would never say there’s such thing as a “final” setup as i’m always changing things around / swapping things out. i’ve become a minimalist when it comes to gear, very particular with what i have setup and that gear is always live and ready to go when i want to use it. 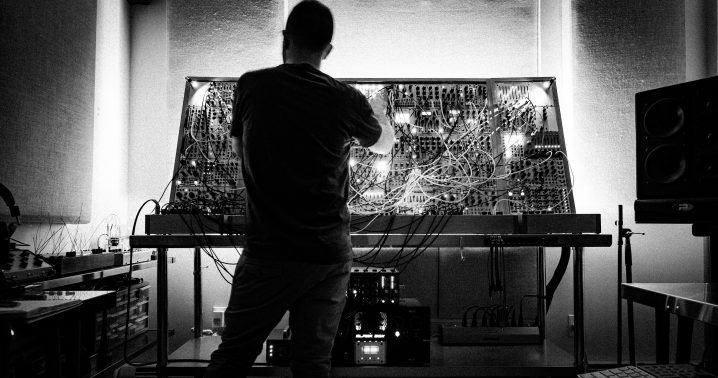 Tell us about your favorite piece of hardware.
my favorite is the eurorack modular synthesizer. it’s an endless source of inspiration and sound creation. there’s just so many worlds in there to discover! in fact, it’s all i use to make music these days. i create music entirely within the modular, mix on an rupert neve designs 5059 then from there the signal path goes through a BAE 500 series lunch box with eq and compression then finally it’s recorded to a stereo track in pro tools.

And what about the software that you use for production?
the only software i use is pro tools HDX to record the modular. 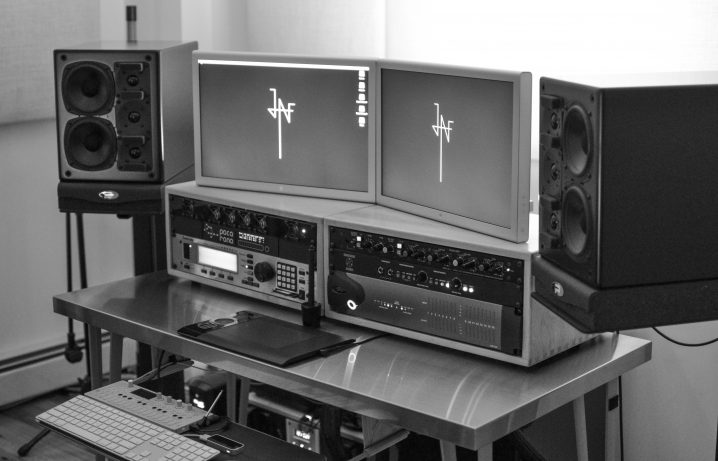 Is there a particular piece of gear that you’re just dying to get your hands on and do you think one day you’ll have it?
ah there’s so much i wouldn’t know where to start… i’ve been really into different harmonic processing hardware with different transformer types so looking into more gear like that. figuring out what transformers are good for which frequency ranges and using different combinations for different spectrums to subtly bring forward various elements with warmth and color. i always have a long list of eurorack modules. there’s always something new coming out that can inspire creativity. too much to keep track of! 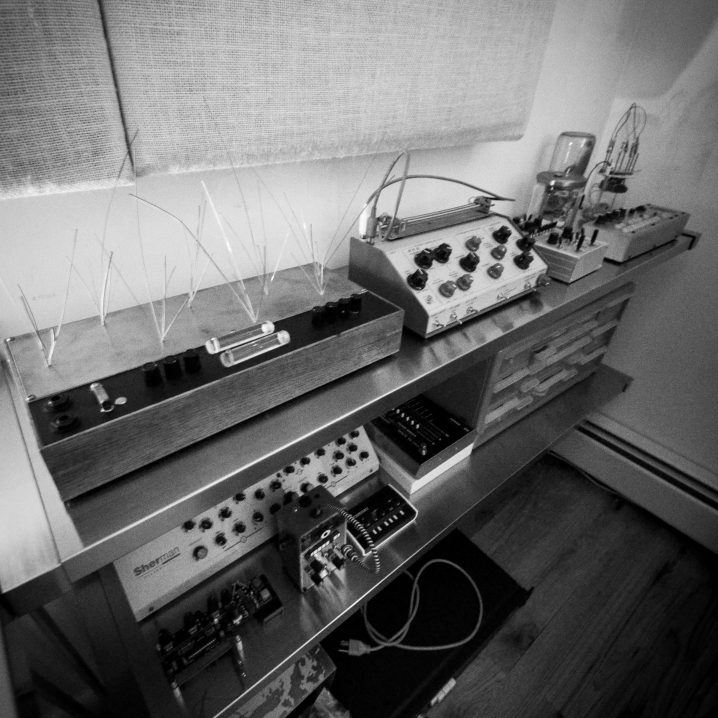 Can you please share some aspects of sound design in your work?
to me creating electronic music is centered around the design of each sound. that’s a big part of why i love working in the modular format, you can design each sound in your palette to have the right feel and cumulatively these sounds create a vibe that can more uniquely capture what you are expressing with whatever you are creating.

Any particular new techniques that you tried out for your new album?
pretty much every track i make is a document of a new technique. it’s a big source of inspiration just looking at the black canvas of modular and thinking “i wonder what happens if i do this?” next thing you know two days have gone by… that said, it’s easy to reuse the same techniques or repurpose them with other new ideas. i like to keep it as fresh as possible though, so there’s that creative energy of exploration while patching. 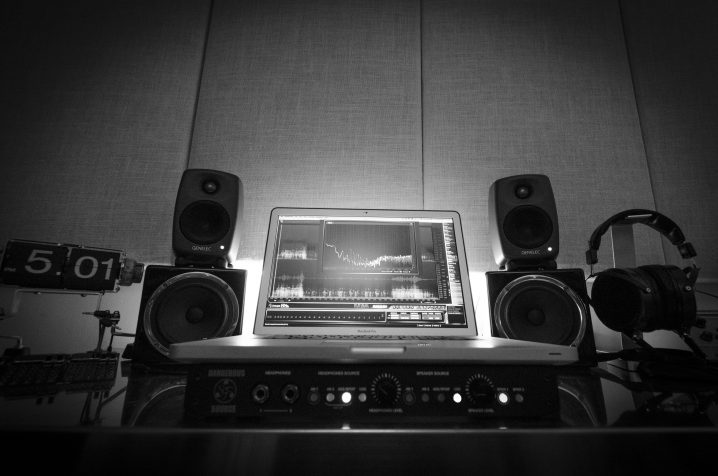 What does your live setup look like, and what do you bring with you when you travel for an extensive tour?
right now it’s non-existent! i’m currently planning a setup that will allow me to perform multiple patches / tracks as i do on my album “system”. it’s tricky because the way i patch often uses a lot of resources for a singular composition, so i’m finding a balance between entire tracks with multiple parts that are programmable and performable as well as generative elements. 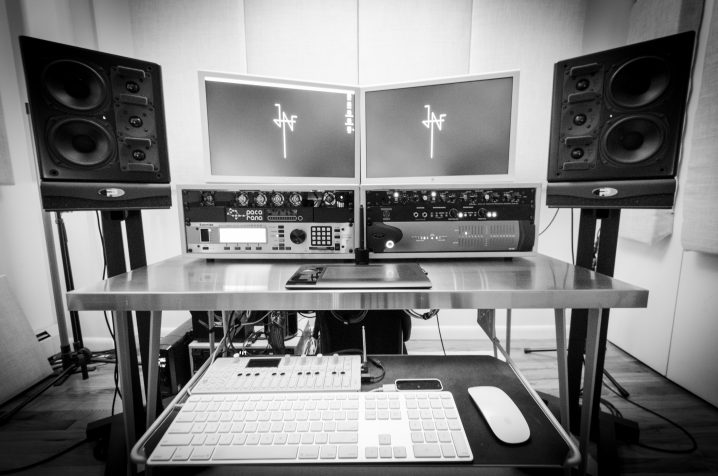 What is the most important environmental aspect of your current workspace and what would be a particular element that you would improve on?
my setup right now is really refined. everything is in arms length and ready to go when i want to use it. it’s really fast and there’s no obstructions in the way of being creative which is really great. i would love a window in my studio. i find the simple light of the day can be so inspiring. though its funny, so many years in a windowless room i’m not sure how i would react being able to see the outside world. it’s also important to me that my cats are nearby. 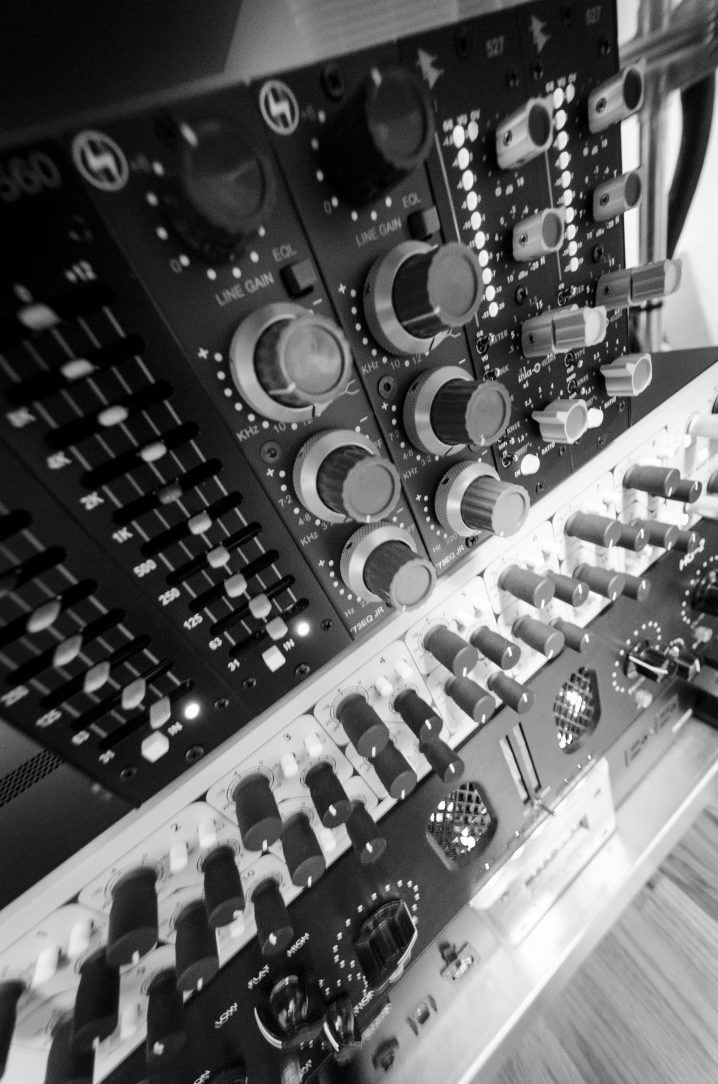 What can you tell us about your overall process of composition? How are the ideas born, where do they mature, and when do they finally see the light?
i never really go in and say “i’m going to make a track today”. it usually starts with a curiosity of interaction between various modules and that spirals into music. generally when i make a patch it goes through a few phases. first i’ll get the overall main section of the track going. then i will refine the patch so i can perform the parts i want to control in real-time and leave other parts for the modular to have control over. 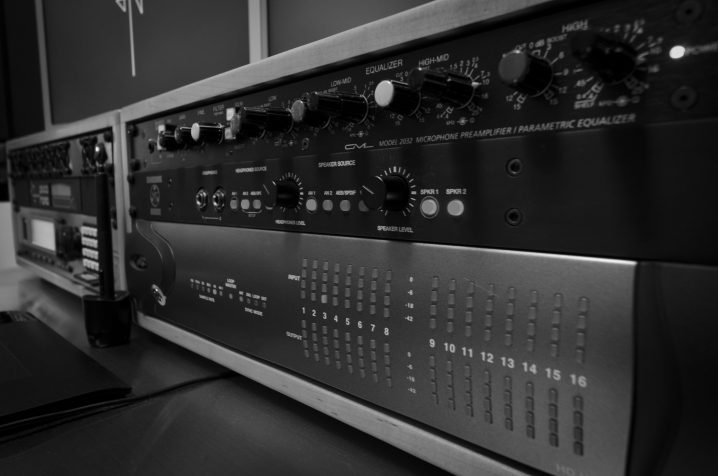 After the piece is complete, how do you audition the results? What are you reactions to hearing your music in a different context, setting, or a sound system?
after i record a piece i usually render it out and listen on my sonos setup around the house as well as on my phone in different environments. i love the process of listening back in different environments, especially when you play back for your friends etc as well. offers a totally different perspective which can go both ways. maybe you see the good in something you weren’t originally crazy about. or something you thought was really good you then realize is not so great etc. 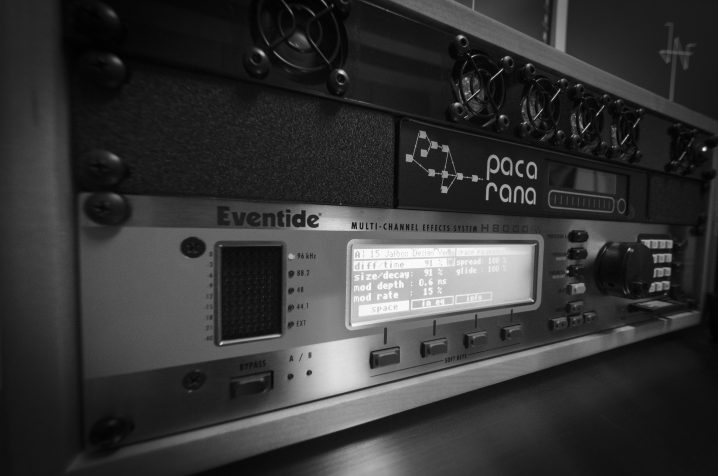 Do you ever procrastinate? If so, what do you usually find yourself doing during those times?
not typically to be honest. creating music for me generally happens during downtime while working on client projects though my post production sound design company jafbox sound. so instead of waiting around for client feedback or new picture etc, i’ll start patching to keep the creative energy going. typically once i’m in the studio i’m making stuff all day. on off days i rarely make music. prefer to do other things / gather inspiration and perspective.

What gets you inspired?
nature is a huge one for me. documenting feelings from situations and energy from family and friends is also something i tend to do. another big one is trying out new combinations of modules or workflow can inspire a curiosity to create a lot of times. 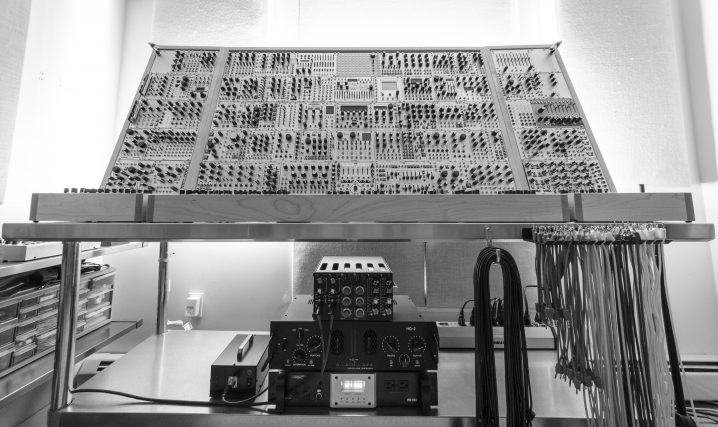 And finally, what are your thoughts on the state of “electronic music” today?
an interesting thing historically with electronic music to me is that various movements within electronic music output as a whole seem to be linked to the accessibility to a new or new take on musically oriented technology. these days eurorack modular is spawning a lot of people from different musical backgrounds to explore the worlds that modular offers which is great i think. 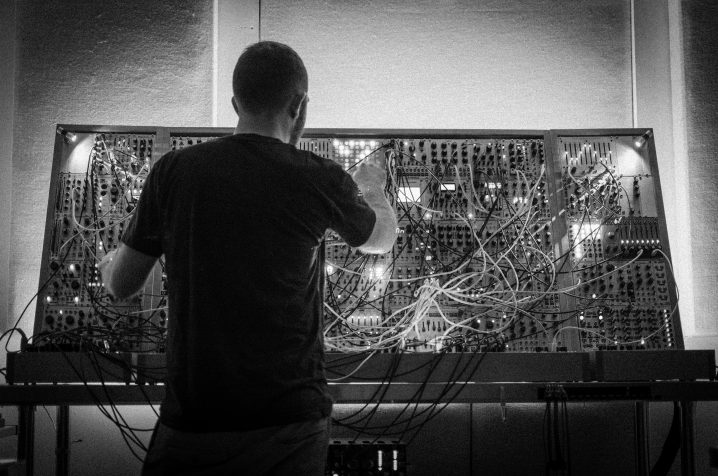