Let’s start at the very beginning. Can you tell us how you got involved in composing, and what was your very first piece of gear?
I have been writing some sort of classical music since I was a kid. When I was 11, my friends and I created a rock band called Búdýgindi, and although the music there was mostly written by the drummer Axel Haraldsson, I got slowly more involved with the rock music writing as well. Later I joined Hjaltalín, in which I was a co-writer. Mostly though, I was writing classical music for myself. It developed into more and more experimental writing, which led me to study composition in Hanns Eisler Hochschule für Musik in Berlin. In those years, I went quite far into quarter-tone music writing and then to spectral music writing. But the search for something new led me to some sort of exhaustion. At some point, the excitement disappeared, and I had to stop writing experimental music for some years. At that time, I had great enthusiasm for getting to know the studio better, which subconsciously had been a wonderful place to experiment through the making of all the albums that I had been part of, and so I dove into studying sound engineering. Sound engineering and mixing gives you a very valuable perspective on music and gives you a tool that allows you to introduce your music to your listener in a very interesting way. And so that grabbed my attention greatly, and at some point, I thought I wanted to switch to becoming a sound engineer. But that thought quickly disappeared after I dove into composing again, and I realised that sound engineering only had improved the way I would write. It gives you ideas that you would never have thought about when you turn back to writing.

How many different studio iterations have you gone through, and what does your final setup look like right now?
The first studio that I built was a home studio in Berlin. I had invested in what is still my favorite mic, a mic that my friend Bergur Þórisson made, and I bought a Kawai K200 upright piano that has MIDI out. My main goal at the time was to be as mobile as possible. And so, apart from the piano, I mostly had plugins to manipulate my sound. It was only later that I gave up my concept of being mobile. I was looking for a while for a studio in Berlin, and at some point, I got invited to join the most wonderful community of musicians at Oranienstraße in Kreuzberg, which included composers like Hildur Guðnadóttir, Jóhann Jóhannsson, Dustin O’Halloran, Rutger Hoedemaekers and Yair Elazar Glotman. And so it was a wonderful place where loads of lovely projects happened and where I got to join in on the fun. The studio sadly had to be demolished in 2020 because the rent increased quite dramatically, and so we all went our own ways. Now my family and I have moved entirely to Iceland. 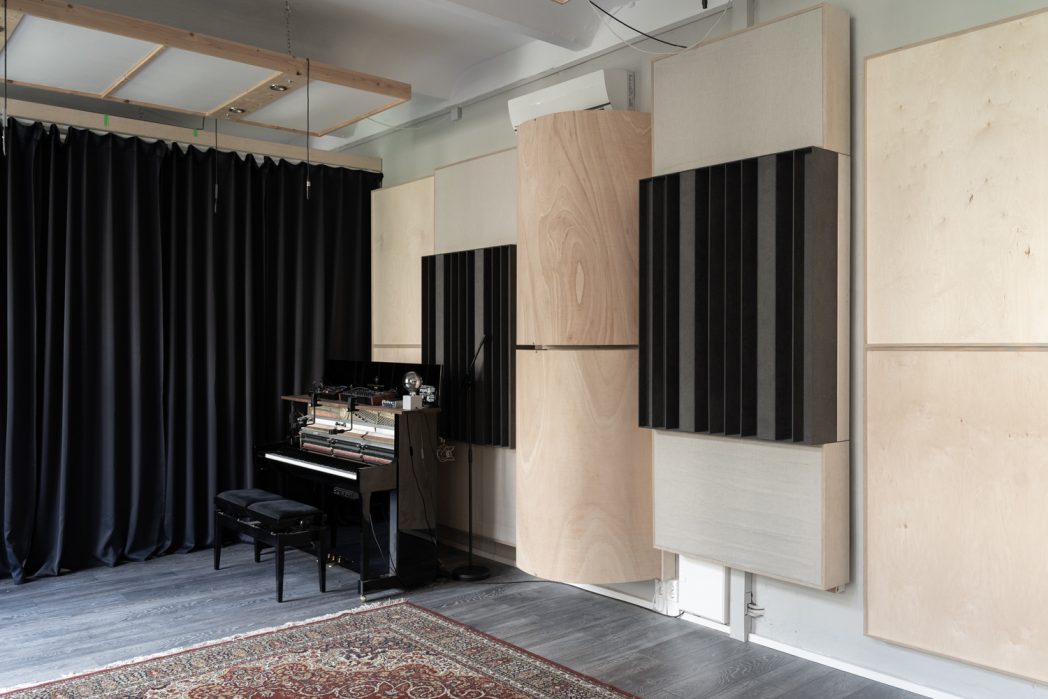 Tell us about your favourite piece of hardware.
I would have to say that my acoustic piano Kawai K200 with MIDI out has been just so great to have. Something that is both a great acoustic piano and also is a great tool to get things straight into the computer with MIDI.

And what about the software that you use for production?
I mostly use Pro Tools in mixing. Cubase I love when I’m creating music. Ableton Live I used mostly in live performances. 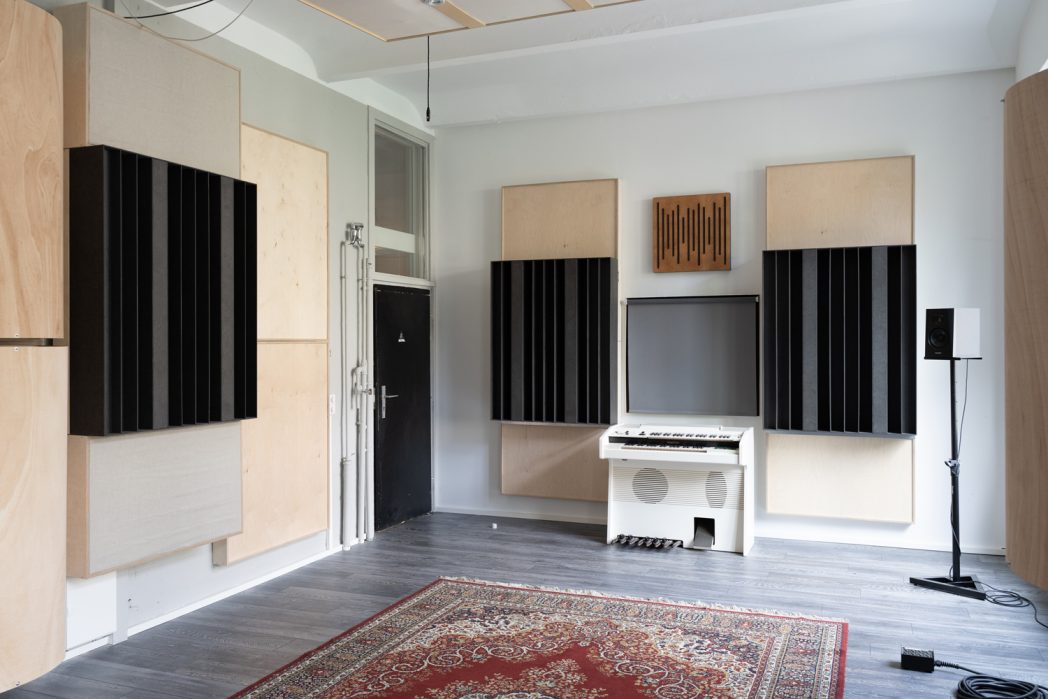 Is there a particular piece of gear that you’re just dying to get your hands on, and do you think one day you’ll have it?
I feel I have everything that I need, but it would be lovely to someday own a Chandler Limited REDD microphone or Neumann M49.

Can you please share some aspects of sound design in your work?
I tend to want to show instruments from a different perspective than in the traditional way that we know them. And so the sound design is mostly through the arrangement of mics and how I play myself or communicate with musicians to get different sounds from a very close mic perspective. On my album Eilífur, orchestration is probably the most important tool that I have. Writing for the instrument(s) in a specific recording setup and embracing the unexpected has been the key to the sound of Eilífur. Manipulating the recordings was also a key approach to the sound of the album. The story of the album has a lot to do with how we perceive time, and so I would show that also with planning what phrases I wanted to record in different keys and tempos, to then later match the speed and tempo of all recordings to get different intensities in the playback of the recorded phrases. 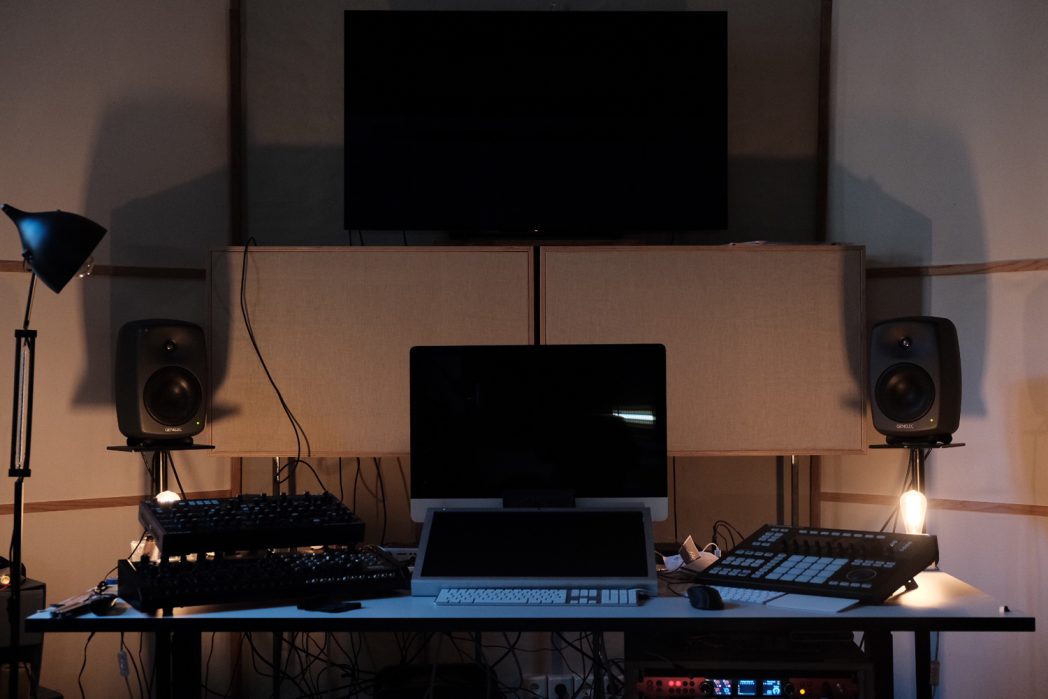 Any particular new techniques that you tried out for your new album?
Yes, personally, the manipulation of time, key and tempos was a new approach for me. I had used similar techniques more accidentally earlier to this album, but from the very beginning of the production of the album, that approach was carefully planned.

What does your live setup look like, and what do you bring with you when you travel for an extensive tour?
I have not yet toured with my solo music, but with my band Hjaltalín, I bring a whole lot of outboard FX pedals and sometimes a computer that would influence my violin sound. When I toured with Ólafur Arnalds, I only brought the violin, and Ólafur did all the FX. 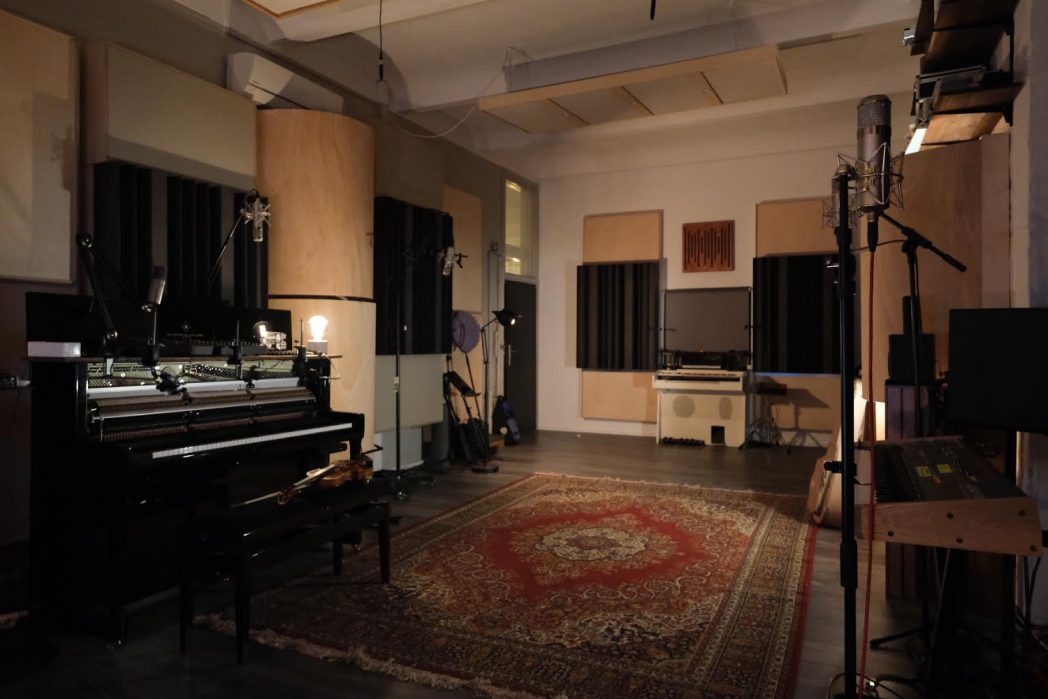 What is the most important environmental aspect of your current workspace, and what would be a particular element that you would improve on?
The most important aspect to me is to have lovely and inspiring people in the studio community. Something that I am lucky to have had and that I look forward to having in my upcoming new studio in Iceland as well.

What can you tell us about your overall process of composition? How are the ideas born, where do they mature, and when do they finally see the light?
I guess it depends on what type of music I am writing. If I am writing for classical instruments, it sometimes fits me to just have a pen and paper. But for my album Eilífur, it was more personal. I would say I first needed to feel the urge to express something. Then surround myself with instruments that inspire me to create and develop that music. Then from the point where I have ideas that I actually like, I focus on them and develop them more carefully after that, adding an orchestra etc. 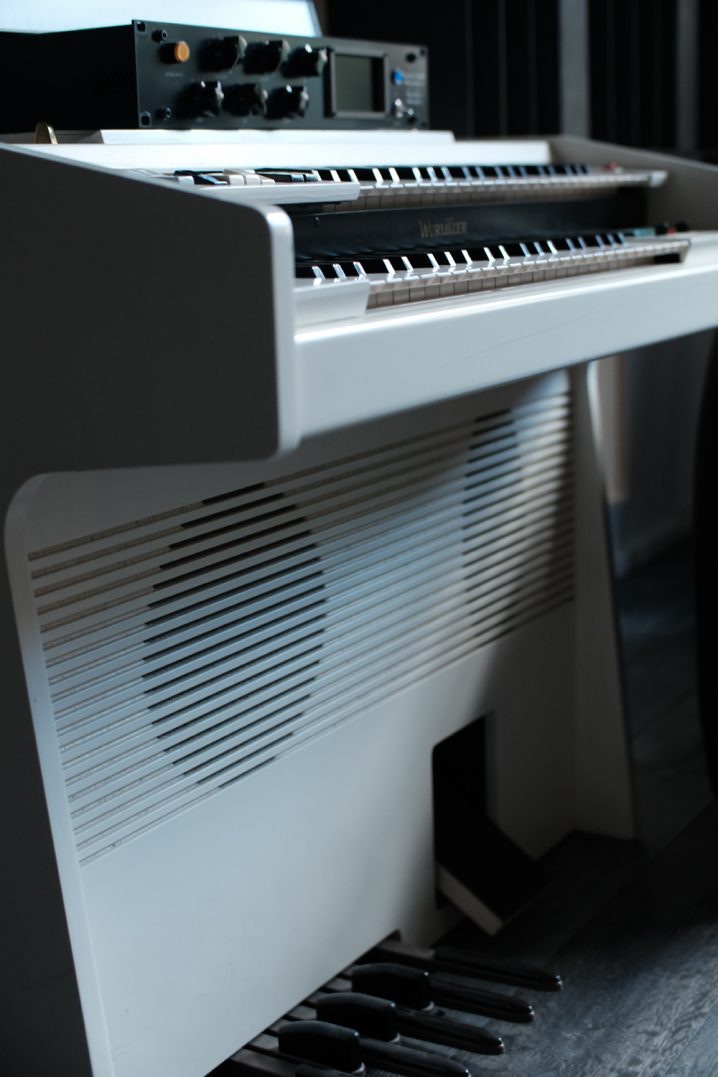 – After the piece is complete, how do you audition the results? What are your reactions to hearing your music in a different context, setting, or a sound system?
After some experience of exporting your music and listening on all devices that I had, you start to have a clearer picture of what my speakers (and headphones) actually sound like. And so if I EQ-d something, at some point, I was able to trust what I was hearing. But I also had my room carefully measured, and so that helped a lot with trusting what I was listening to. In the mastering process, I was able to listen in even greater accuracy to what my mixes sounded like, and so I was able to adjust even further before sending the final mixes to be mastered.

Do you ever procrastinate? If so, what do you usually find yourself doing during those times?
I really try my best to get things done. But certainly, the album itself suffered from multiple delays because I had to take on different projects to pay my bills. But when you have kids, then focus and getting things done gets increasingly more important, especially if you want to have the luxury of enjoying the time you have with your kids. 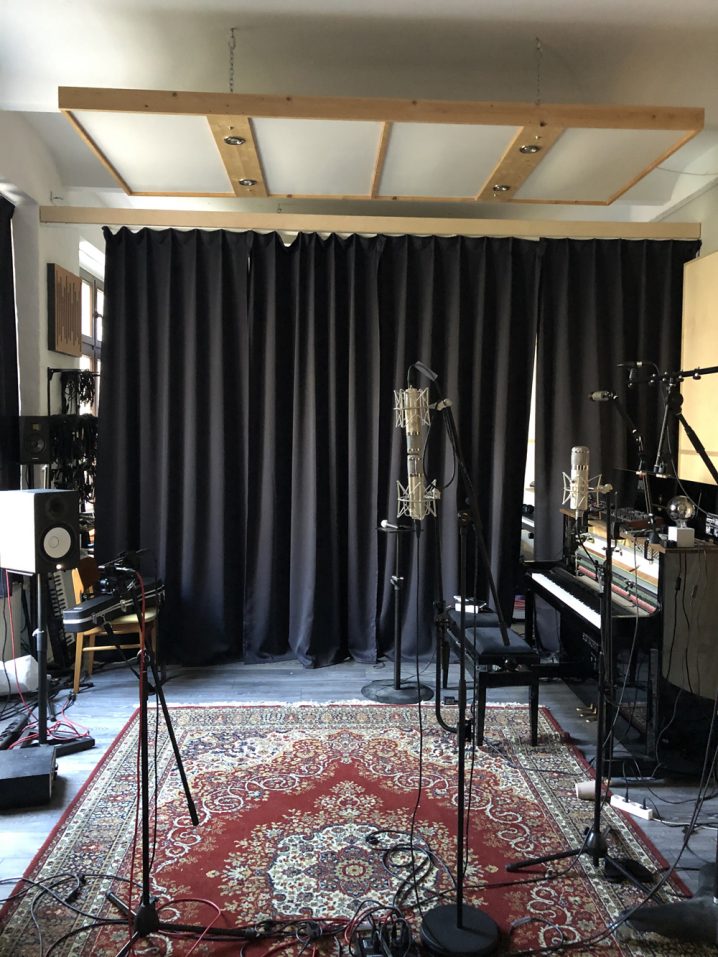 What gets you inspired?
Different perspectives on ideas. I love listening to contrasting discussions about ideas and trying to understand why people think the way they think. Philosophy has probably become a main source of inspiration. The greatest challenge is to make the everyday moments inspiring. That is actually what I actively work on.

And finally, what are your thoughts on the state of “electronic music” today?
I think I shouldn’t comment too much on that. Power to those who dive into electronic music. 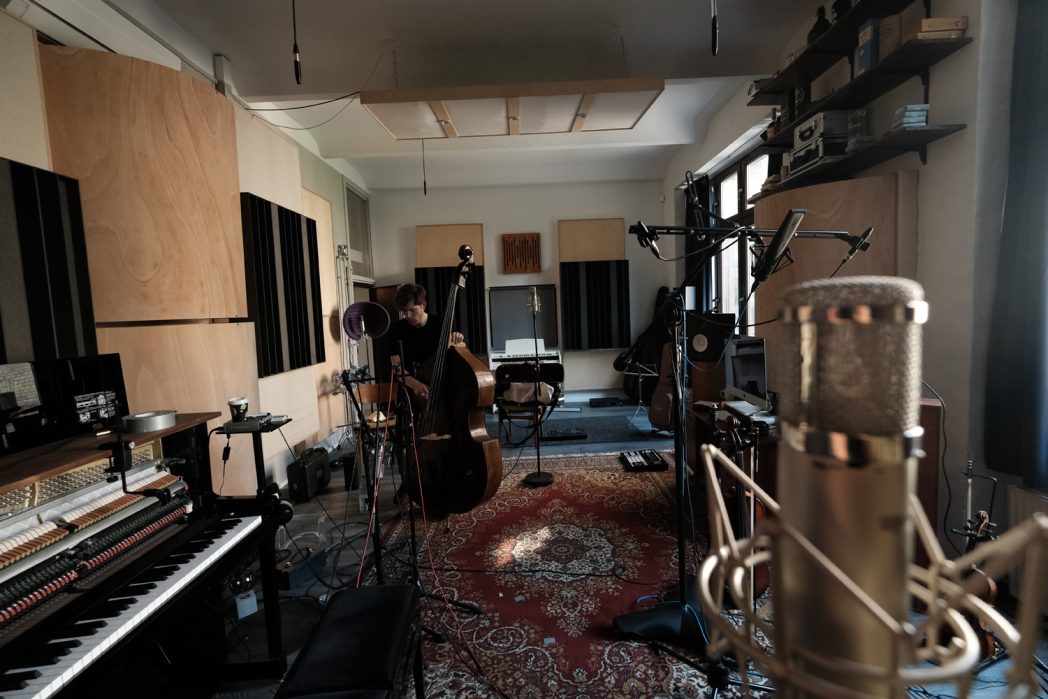