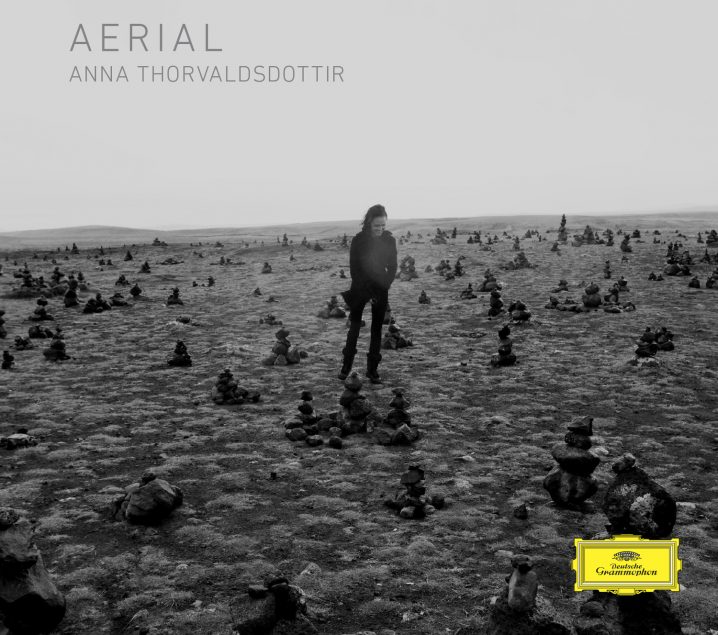 Samples and samplers are getting so sophisticated that the casual listener might not even distinguish sampled strings from a real orchestra any more. At the same time, contemporary ‘modern classical’ composers somehow all seem to work within the same set of parameters. Right from the opening track it’s obvious that Aerial is something else, almost beyond comparison! The (almost archetypal) yellow Deutsche Grammophon logo on the cover already indicated that we might be in for something… ‘serious’.

Anna Thorvaldsdottir is a composer from Iceland, as you may have already guessed from her name. Aerial is her second full album (the first was 2011’s Rhízõma). Apart from that she has been composing since 2000, and has received many awards for her work. The six compositions on Aerial (ranging in length from 7 to 10 to 14 minutes) are performed by different ensembles – duos, a quartet, and even a full symphony orchestra. It is not exactly ‘light’ music; you’ll have to be prepared for some dark and haunting sounds, a stifling atmosphere sometimes reminiscing the music of György Ligeti or Béla Bartók.

Anna Thorvaldsdottir frequently works with large sonic structures that tend to reveal the presence of a vast variety of sustained sound materials, reflecting her sense of imaginative listening to landscapes and nature. Her music tends to portray a flowing world of sounds with an enigmatic lyrical atmosphere.

The opening track, “Into – Second Self” is scored for 4 horns, 3 trombones and 4 percussionists. “Ró” is scored for a small ensemble and performed by CAPUT Ensemble (with ‘Tonmeister’ Daniel Bjarnason). The album’s center piece, “Aeriality” is a massively dynamic piece performed by the Icelandic Orchestra, one of the albums climaxes. Things slow down after that with calmer music, scored for harp and percussion, or piano and electronics (the only electronics on this album, by the way). The closing piece, “Shades of Silence”, sounds very different because it is performed (by Nordic Affect) on baroque instruments.

It took me some time to grow accustomed to this album. It requires some dedicated listening, at the right moment. But ultimately, the raw beauty of the distinctive textural palette grabbed me, and it didn’t let go, only to leave me wondering why I had not heard of Anna Thorvaldsdottir before.

Be sure to read Interview with Anna Thorvaldsdottir