Through the years, Australian label, Hidden Shoal Recordings has been quietly putting out little gems of experimental ambiance, gentle electronica, shoegazing post-rock and everything in between. From Sankt Otten to Wes Willenbring to Slow Dancing Society to Sleeping Me and Boxharp, the label based in Perth has been introducing the world to a wide spectrum of aural wonder. We have been following the output since the early days of 2006, featuring selected releases in our end of year lists – our Best of 2010, subtitled, Music For Withered Leaves And Lonely Fishtanks, featured the below reviewed Lava by Markus Mehr. Welcome to the world of Hidden Shoal… 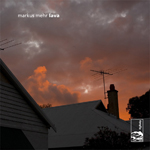 Markus Mehr is one of the new artists that captured our ears and hearts. With its thick layers of frequency-heavy guitars and synth pads, Lava floats into our studios, first swallowing the floors, then suffocating the lungs. Rising fumes of sonic vapors come up to the neck, then the ears, restricting the flow of air pressure beyond its delicious onslaught. Using his guitars, synths and a computer, Augsburg-based (south Germany) Mehr twists, processes, and distorts the sound, until it moves like a solid wall, like a heavy tank, like  molten lava. Inspired by the masters of experimental ambient and textured drones, such as David Sylvian, Tim Hecker and Christian Fennesz, Mehr finds his own voice, among the drowned out theme, noise generating household appliances, an intricate attention to acoustic detail. And beneath the smudge of sound that vibrates every crevice of my dwelling (and disturbs the sediment at the bottom of my favorite bottle of port), individual notes of melody peak through, like the single rays of sunlight on a hot and thunderous late summer dusk. Recommended for fans of meditative ambiance and stone cold drone alike.

Read Two and a Half Questions with Markus Mehr 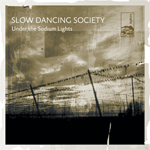 Slow Dancing Society is a solo project of Washington based producer and musician, Drew Sullivan. His contemplative, ambient explorations fling you into the heavens, where you remain suspended by his cerebral skein of shimmering notes. Under The Sodium Lights is Sullivan’s fourth full length album for Hidden Shoal, and is a perfect follow up for his 2008 release, Priest Lake Circa ’88 (see Headphone Commute Review and Interview with Drew Sullivan). As I listen, snow falls gently and surrounds me with its quiet aspect as SDS works its way into my cranium, soothing my frayed nerves and restoring the balance. A long silence demarcates the transition between tracks, and just when you long for the musical dream to continue, it floats back. “The delicate interplay between focused melodic details and blurred washes of sound draws the listener into a hypnotised state, where the waking world and the world of sleep cascade in and out of balance.” This slightly somber but always lovely set of compositions continues to sustain me on these cold, wintry days, and I recommend it to anyone who enjoys the peace of quiet and ambient music. Make sure you check out the upcoming re-issues of the first three Slow Dancing Society albums on Hidden Shoal… 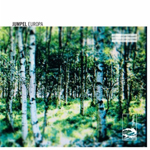 On his third full length album for Hidden Shoal, Jumpel curates gentle whispers, lonely glances and tired sighs, in his carefully produced environmental snapshots of the world. Europa is Jo Dürbeck’s continuation of sound exploration as Jumpel, inspired by his travels around the continent, transforming his memories into eleven tracks titled after the visited cities. From Stockholm to Madrid to Vienna and Lisbon, Dürbeck’s album is more than an audio travelogue, it is an “abstracted sonic diary, painting the intangibility and romanticism of memory and travel using sparse yet resonant sound.” There’s no trickery here to ploy the listener and bend his ear, instead the familiar fragments of harmony and effected progression shine through with their exquisite moments, and comfortably settle on their best. Although at times such a description may sound undesirable, I assure you that in this context it is meant as a compliment. Indeed, these tracks are perfect for my morning, rainy and drowsy commute, each telling a story of another city, ticking away with the clink-clank of the train. Perhaps somebody out there, perhaps Dürbeck, perhaps even you, is listening to the story of my city, on their own morning, rainy, and drowsy commute.

Antonymes – The Licence To Interpret Dreams 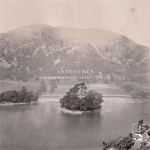 From the very first drops of sonic mist surrounding the mysterious arrangement of this cinematic journey, I already know, that this album will remain on my rotation for the years to come. The Licence To Interpret Dreams is a sophomore release by Ian M Hazeldine (although the first for Hidden Shoal), hailing from North Wales. I enter the world of Antonymes in complete darkness, with the lights shut and my lids closed. This way I can truly listen. Listen with my full attention focused on each sound and breath. As the string dynamics in the first dream rise, I am swept into a whirlpool of emotions drawn from memories and future past. Music like this is simply haunting… It embodies a soundtrack to our busy lives, to neurotic thoughts, and to the lonely naked trees moving fast beyond the vision. Melancholic piano chords come and go, as the ambient synth pads stretch their fingers through the white noise of the crashing waves in the distance. Words become speechless; sights turn blurry, then blind; mind tries to make sense of it all, in a sensory overload of the world… dreams set in… and Antonymes hands you the license… And when the music finally subsides, all that’s left is the sound of the whistling wind, inexplicably and undeniably cold. Highly recommended!!! I’ll be sure to grab Antonymes‘ 2009 debut, Beauty Becomes The Enemy Of The Future, released on Cathedral Transmissions. 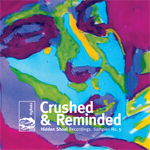 To polish off this Sound Bytes special featuring the latest releases from Hidden Shoal, we’ve saved a special treat for you for dessert! To get a bigger taste of the label’s  roster you absolutely must download the fifth installment in the Hidden Shoal’s sampler compilations. And what’s more exciting is that it’s entirely FREE!!! You can’t go wrong with that! Add to that the first four free volumes, and you have almost an entire day of music to dig through! This is a perfect way to get acquainted with some of the label’s finest, such as The Caribbean, HC-B, Sankt Otten, Hotels, Down Review, Tangled Star, Apricot Rail, Tarcutta, Sleeping Me, Elisa Luu and Jumpel. “Moving from bitcrushed remixes through cinematic instrumental rock to deliciously mellow ambient electronica, Crushed and Reminded shines a new light across the breadth and depth of the Hidden Shoal landscape.” Get your free download here. Stay tuned for the sixth sampler compilation, due out any day now, just in time for the label’s 5th anniversary, celebrating on May 2nd!!!