Let’s start at the very beginning. Can you tell us how you got involved in composing, and what was your very first piece of gear?
My parents discovered a guitar and a small amp just in front of our house one month after I was born. I grew up with this old Italian SG copy we still have. My family didn’t have any links to music but I was obsessed with bass guitars from age 3 for some reason. I think my mother didn’t even know what it was so they asked someone to give me classical guitar lessons. I enjoyed it but my teacher died from a heart attack a few months later. I finally had my first bass lesson, with a jazz double bass teacher. My passion for music was really intense, I spent my youth in the small music school down the street, playing every instrument I had access to, trying to learn as much as I could from classical to jazz to more modern stuff. The only thing I asked for Christmas was musical instruments, whatever it was. I started composing around 10, as I was already in a band with older guys. After that I developed a lot of projects, composing every day. At 15 I started playing with a computer, discovering all the tools you could use to make sounds, also downloading random music on Limewire. That’s when I discovered the electronic scene, Warp and Ninja tune stuff. Since then I’ve been spending way too much time behind a computer.

How many different studio iterations have you gone through, and what does your final setup look like right now?
I like to often change setups. I can’t remember how many versions I’ve had. I used to spend a lot of time in studios, being a sideman, producing or mixing stuff. I opened my own place (Znprk.) twelve years ago. I have always invested in tools I can move around to be able to record or compose easily in different locations depending on the project. I have three setups today. I share a room, my mics, preamps and instruments with all the other musicians from my collective (collectifopera.com). We have a residency in a place called Trempolino, for European artists. I also have a setup in my apartment, to work at night, where I just bring a few analogue synths or drum machines depending on the period and a “travelling kit”. We are moving to a bigger space next month, a small theatre in an old canning factory. We’ll have more space to record in different acoustic environments. We’ll also be able to work closely on the audiovisual side of the project with a video/photo studio and a small stage. Can’t wait to go there! 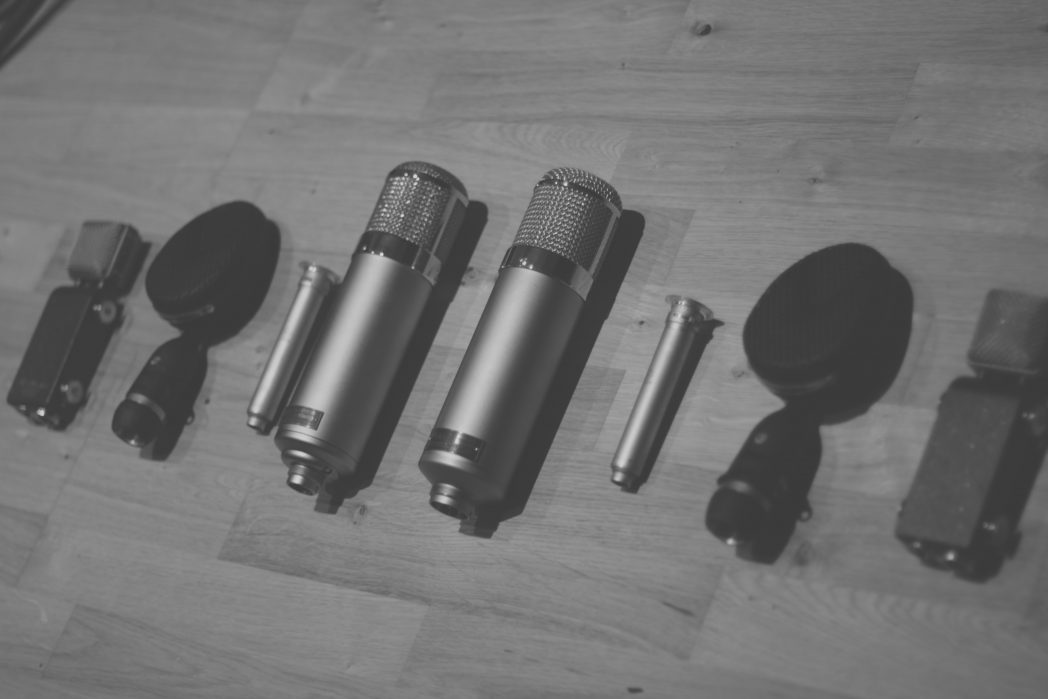 Tell us about your favourite piece of hardware.
I have a special attachment to my microphones, especially my Flea 47’s and my Coles. I also have a deep love/hate relationship with my Alesis Andromeda.

And what about the software that you use for production?
I like Ableton Live but I don’t really care. After being a nerd for so many years I’m leaning towards using the computer more and more like a simple recorder. I love plugins and I can’t thank enough for all these companies that produce great virtual instruments or effects, but it never really inspires me for composition. I still prefer working with human beings, cables, buttons and imperfect materials as much as I can. You can produce an album in the box nowadays, just with a computer and a pair of headphones. I love this minimalist approach, and at the same time, I hate spending so much time in front of a screen. So I try to alternate between the two. 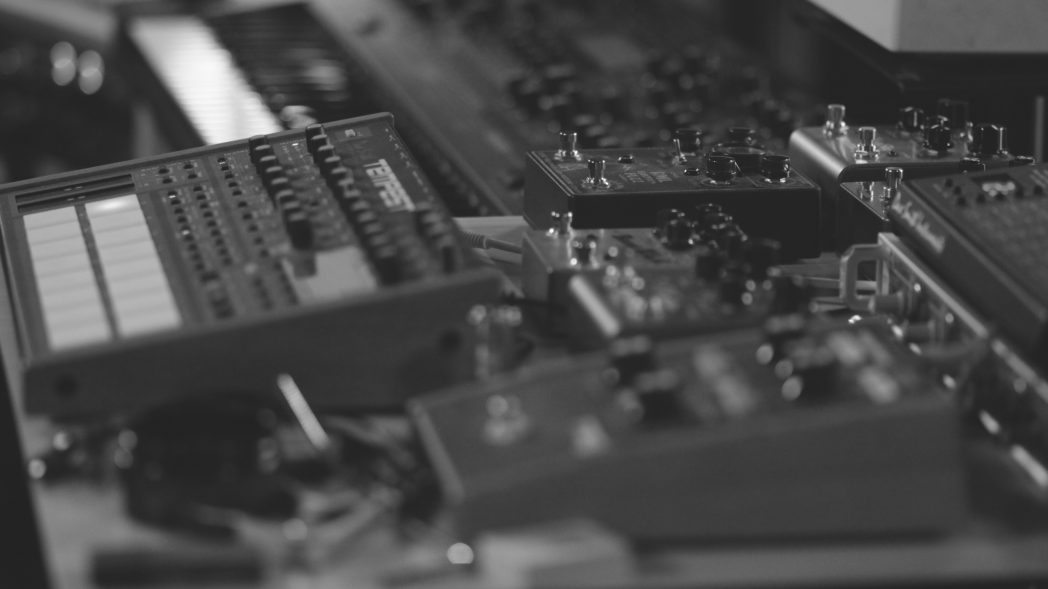 Is there a particular piece of gear that you’re just dying to get your hands on and do you think one day you’ll have it?
I’m waiting to build my next studio to buy a beautiful piano. A few years ago I met Keith Jarrett’s exclusive piano provider and tuner in Europe. I would love to chase a nice upright with him, as much for the adventure as for the object. This guy is extraordinary. I’m not as fascinated by the gear as I used to be. I’m looking for objects with a story, linked to various people. Every tool I keep is linked to personal memories or has had a previous life, like my Schoeps from a great classical recording engineer, or my Space Echo from a french electro-acoustic composer. I love these kinds of stories and energies. I’m actually very interested in Vlad Kreimer instruments, like the Pulsar 23 and Erica Synth new stuff. In a perfect world, I would have a Prophet V, a Buchla, an EMS Synthi and a String Orchestra working every week in the studio.

Can you please share some aspects of sound design in your work?
I love to discreetly insert sounds in my compositions that call the unconscious. In Blåkulla I hid a lot of creepy elements, snakes, hyenas, pigs, thunderstorms, cries of horror, crazy laughter, etc. Even heavily modified, I think that these elements still influence the way we perceive the music and I like to give this edge you don’t immediately understand. On the mixing side, I love when you feel immersed in a 3D space with very textural elements. I spend more and more time experimenting on how I place the microphones to give the right amount of space in my productions. I’m trying as much as possible to close doors early in the creative process. 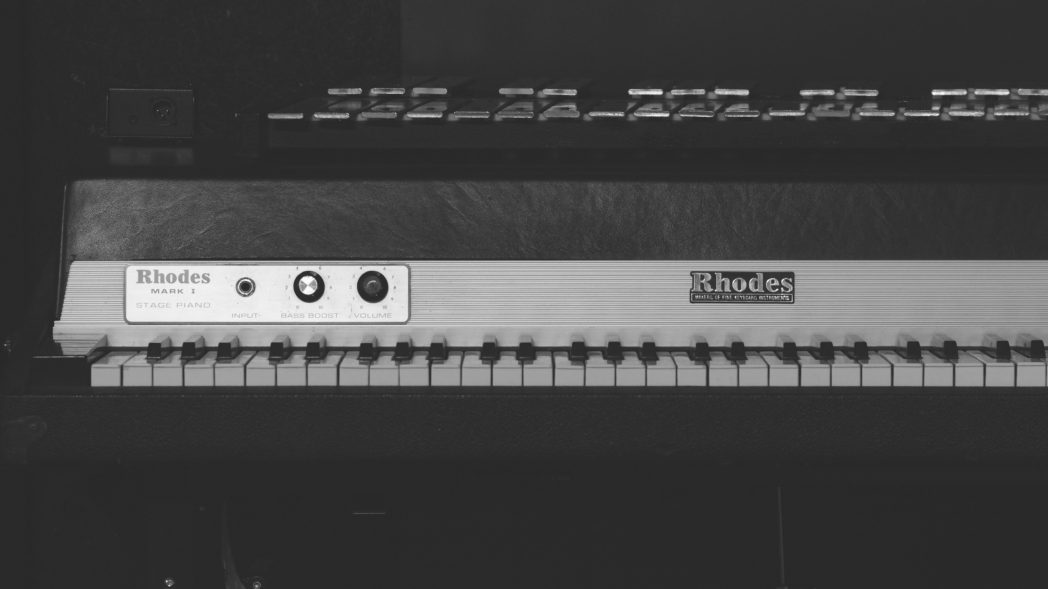 Any particular new techniques that you tried out for your new album?
I spent a lot of time recording improvisations while watching an old movie called “Häxan”. I mainly worked during the night to immerse myself in this mood. My idea was to “haunt” the music with this context of creation, conditioning and limiting the colour of this album. I only used analogue stuff, no presets, just a few plugins for treatment. I also wrote cello orchestrations and record them with a good friend called Paul Colomb, a marvellous French cellist. I wrote for 12 cellos, so we imagined 12 personalities with names and positions in the room. We had two cellos and a few different bows. We tried to keep each layer as live as possible, with the human particularities of each take. Again, as though the cellist was haunted by different personas. I then spent a lot of time using all these materials, cutting, scratching, destroying and reassembling them like a big dirty patchwork, with a coherent global sound and texture. I wrote the album structure with a map from traditional story structures. Finally, it was the first time I worked with the great Naweed Ahmed at Whitfield Mastering (Clark, Rival Consoles, LFO…), a great experience.

What does your live setup look like, and what do you bring with you when you travel for an extensive tour?
My Laptop, headphones, soundbanks on ssds, an Antelope soundcard, midi controllers, small dpa microphones, a DSI Tempest and a Dreadbox Abyss. 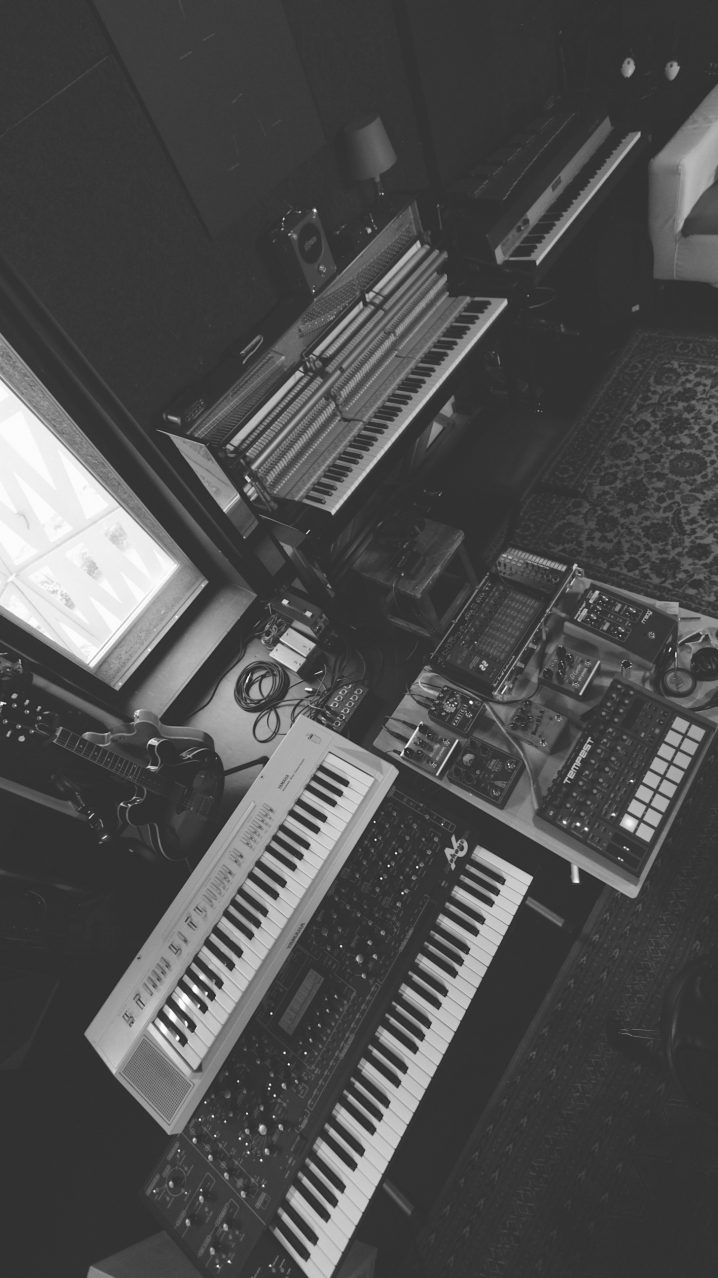 What is the most important environmental aspect of your current workspace and what would be a particular element that you would improve on?
Our actual studio is in a nice neighbourhood, surrounded by other artists and students. This sense of community is very important to me. I spend so much time isolated to work on my music that knowing you can have nice conversations with people when you have a break is essential. The room is large but the acoustic isn’t top-notch, access isn’t easy, we can’t personalise the space and there are electrical and electromagnetic parasites issues. These are the main points I would love to improve in the future. I’m actually leading a collective project called “ECHOSPHERE” that aims to build a 4000 square meter building in my city – Nantes – with 40 other artists and musical organisations in a few years. It will mix large shared treated rooms to record large ensembles, professional rehearsal spaces, personal studios, offices, bedrooms and a club. We are all looking for a place where we feel finally at home, with natural light, customisable spaces and where we can work with efficiency, have conversations, exchange knowledge, opportunities and solidify the community.

What can you tell us about your overall process of composition? How are the ideas born, where do they mature, and when do they finally see the light?
More and more I start with researches surrounding a subject. For Blåkulla I read and watched everything I found about witches. I met a historian called Maxime Perbellini, a druid, a contemporary performer called Olivier de Sagazan, young and old feminists. I take notes, I develop a concept and I usually write a screenplay or story fragments. This is really a fun process, a bit like a journalist or a private detective. Then I search for sounds, tools, musical concepts. I think a bit like a sculptor, I need to get my hands in it. When things start to make sense, when I find something interesting, I start a composition run for a few weeks. I usually need to be alone and very focused. After that, I structure and finalise everything, editing, doing various manipulations and mixing at the same time. I usually try to spend one day maximum on a track. After that, I send it to my friends and wait for a few weeks before finalising everything. It is a long process I only do when I work for myself because it is totally impossible when working for others. 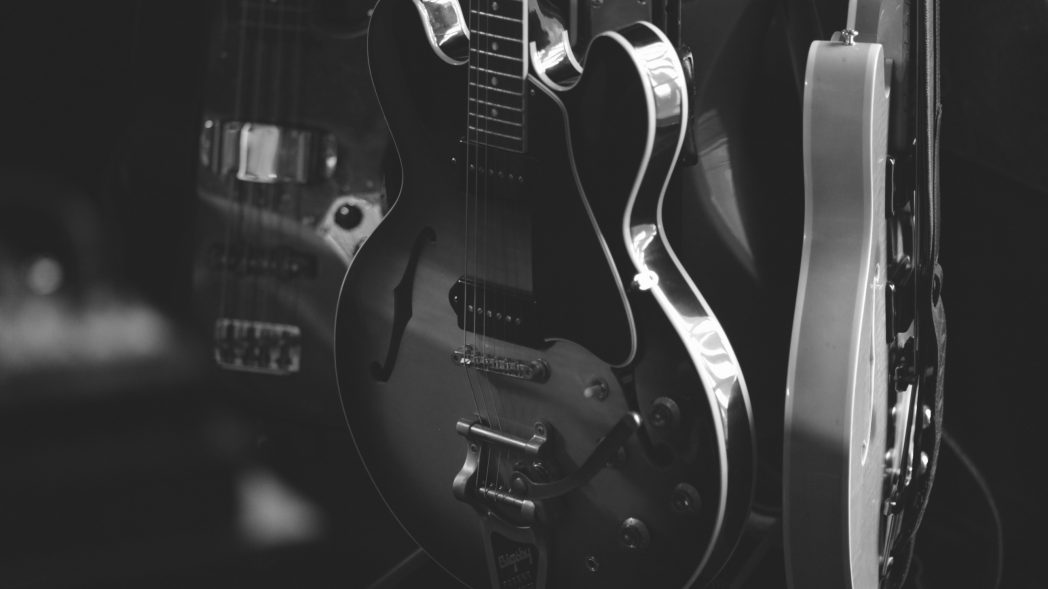 After the piece is complete, how do you audition the results? What are your reactions to hearing your music in a different context, setting, or a sound system?
The pieces are never really finished in my head, there is always something I would like to improve so I’m more oriented toward time limitations. In the past, I would stop when my computer CPU was dying, always adding some little automation or processing. Nowadays, computers rarely crash anymore and I generally just stop when I’m tired of an idea. I usually send it to some good friends – musicians or not – that I trust to give me feedback. I wait for a few days or weeks and then come back with fresh ears to just finish it once and for all. I try not to listen to too much of my music when it’s done or I’ll want to change it.

Do you ever procrastinate? If so, what do you usually find yourself doing during those times?
Procrastination is my middle name. I always have new obsessions, I spend way too much time reading or nerding on stuff that doesn’t directly rely on what I’m doing. I guess that’s the luxury of being an artist. 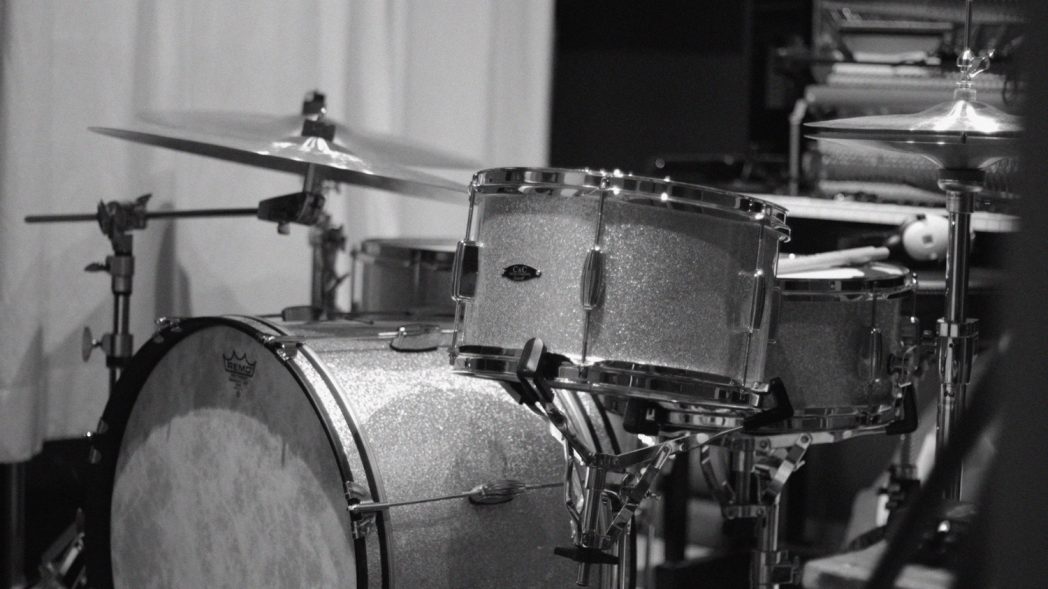 What gets you inspired?
Pretty much everything. Films, books, people, emotions, concepts. I just really love to imagine and tell stories. I have had this passion for the witchcraft theme for the past few years, as it is a very dense and large subject. I’m actually reading a lot about aliens, beliefs and religions and behaviouralism at the moment. I guess our next album, audiovisual live and short films will be about that.

And finally, what are your thoughts on the state of “electronic music” today?
I’m really curious at the moment about older kinds of music like holly minimalists, or romantic orchestrations so I don’t really know. There are so many tools available and so much knowledge accessible that a lot of people are able to produce great quality music right now. In the ocean of content available on platforms today, I strangely found not that many singular voices or interesting stories. I guess as every year, if you take the time to dig, there is a lot of stuff both really interesting and totally boring. 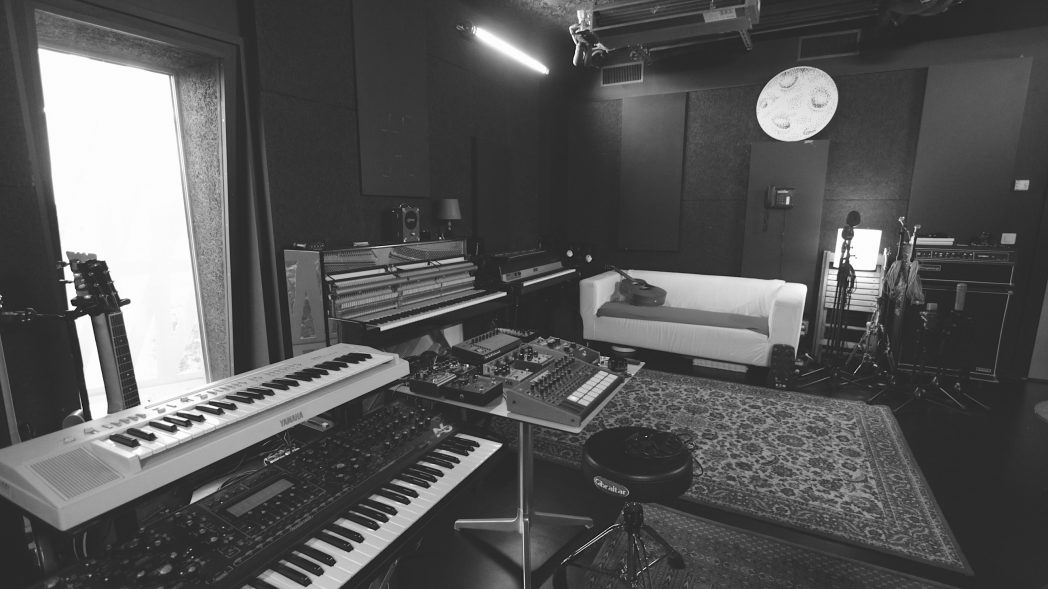