I’m excited to spend this morning in a company of a new name to my ears in this constantly evolving, vibrant music scene. Although Chronos is officially a sophomore full-length album for this self-taught pianist, Johann Pätzold [his first was a record titled Minds out on Timezone in 2011], it is the first time I am presented with his stunning music, courtesy of InFiné. This Rostok-based (northern Germany) multi-instrumentalist and producer’s discography includes a few more self-released EPs and two more for the imprint, Monumentum (2017) and Odesea (2018), including compositions for Dior fashion shows and HBO programmes. But today I’m listening to Chronos, and premiering “Nothing Lost Yet” from this upcoming album, out on April 23rd. The piece, nearly halfway through the album, is a texture-rich cinematic journey, balancing elements of modern classical composition with an electronica momentum of the progression arc – if you listen closely you can hear influences of Trentemøller, Apparat, and Jon Hopkins in the mix. “Wide open spaces are filled with elegiac strings and reverberating electronic percussion, fine-tuned to the millisecond: everything is in the right place, making for a listening experience that is ultimately musical storytelling.” The background of the album is built on the composer’s real experience with the Syrian refugee crisis, musical activism, and the eventual nervous breakdown – all of which is left unspoken, yet still heard…

Another track that had to be put on hold for a year because of covid-19. Whilst fine tuning the album I had to leave France in a hurry before the border closed, to get back to my home in Rostock, Germany. We then asked our InFiné label mate (Thomas) Toh Imago if he could build us some beats. His work improved the track and gave it a whole new polish. I’m so lucky that so many people helped me to get this album finished during the pandemic. 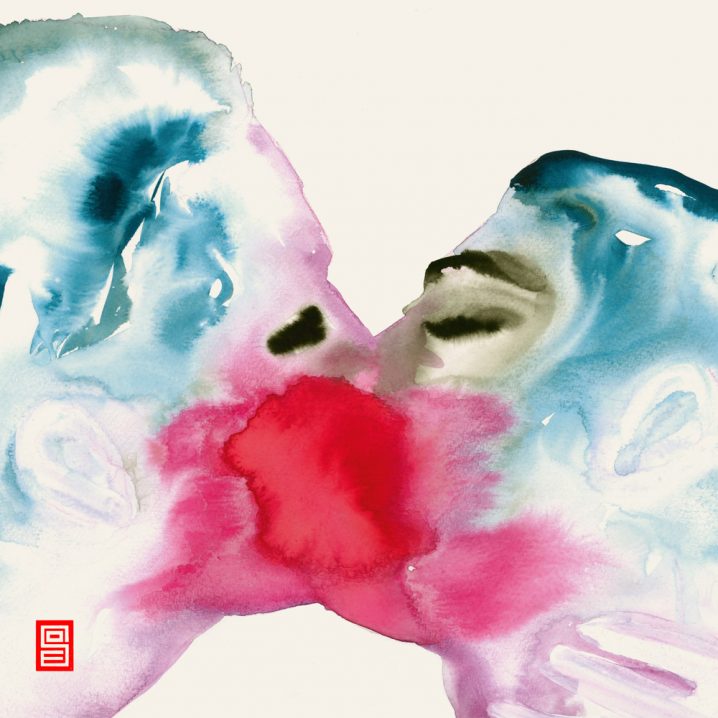 The record is available as a digital, 12″ black vinyl, and a striking all-red compact disc. A quick head nod to a beautiful and memorable album cover by Alice Sfintesco​. A winner for InFiné!