There are days when I need ambient. There are days when I need techno. And then, there are these days when I need some unclassified, experimental, cinematic darkness, clawing at the back of my throat, suffocating me from the inside. What better day to premiere a track from a Karelian musician (now based in Barcelona), Ivan Zoloto, taken from his upcoming album, perfectly titled Pleasure Prison. Look at the cover art and you immediately get that feeling of wanting to break free from the grasp of the confinement. Or do you? Perhaps what you want most of all is to stay inside! The angst, the strive, the grapple with these feelings are beautifully explored on the title track, which is 35+ minutes in length [I chose a shorter track to whet your palette]. The free-floating strings build up the tension of this toil, scraping through the atonal atmosphere until it’s shattered by the bass. The texture of this improvisational piece is controlled with processed handmade electronics [more on that later]. But let’s move on to the premiering track, on which Zoloto plays a Karelian-Finnish bowed lyre, named “jouhikko”. I say ‘plays’ but it’s more like he extorts contorting timbres from the scratchings of the bow until this monster of an instrument conjures into the open space and swallows all the light in one, gigantic, loud gulp. Delicious!

The overall mood of the LP is summarized in the epigraph Zoloto used for the booklet:

I drive around the perimeter of the city like a dog marking its territory, over bridges and under bridges, the way I used to stalk the edges of my small hometown. This is mine. Nothing bad will happen here if I patrol the streets like a crazed vigilante. I drive my mother’s car like it’s a Panzer and the streets are my enemy, and I’m feeling bad and stupid and mean.

For this track premiere, I’ve also caught up with Ivan for a little Q&A:

I’m curious to know more about the Soviet and handmade effects used in the recording of the opening piece. Can you please share some details?

I love strange delay and reverb units, and most of the contemporary popular models and classics are just too lush to my ear. The only way I can use those is normally putting a distortion or fuzz AFTER them, and then maybe an LFO afterwards, hehe. The ones I used on “Pleasure Prison” were my two main workhorses:

1. Digital Delay Line DL-301, a Delay/Flanger rack unit. It can go from clean and wide to absolutely bizarre mechanoid Japanese-noise-style things. It even has a Hold button that does a thing I absolutely hate in modern music: the “stutter” effect, haha. But it does it in a good way! I use all its modes extensively.

2. A custom-built delay/LFO/distortion “Frankenstein” based on Echo Base. Years ago I found a random guy on vk.com that built this for me for around 2000 RUB (roughly 25 USD). You can oscillate the tails from the delay with LFO, distort them separately or distort the mix, lots of options.

Actually, there’s another interesting delay at play here, but it’s a VST running from my laptop – Sigmund from a Polish company d16. 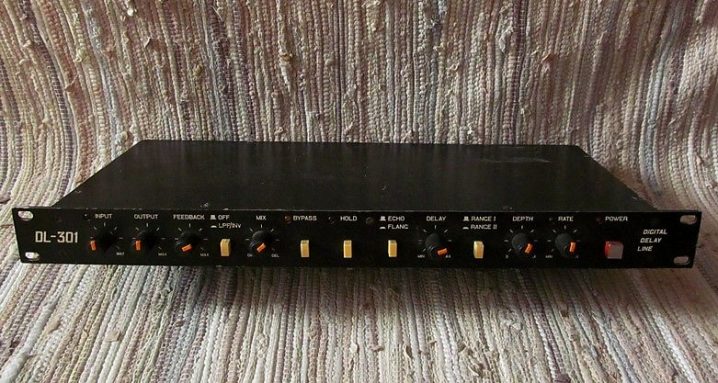 Can you talk a bit about the jouhikko that you’re playing? It sounds absolutely fierce!

I had it custom-built by Petrozavodsk-based master Maksim Bunyaev, and it’s pretty unorthodox: kind of a mix between jouhikko and talharpa (its Scandinavian relative). Essentially, a 3-stringed jouhikko but with a deeper, lower sound. Strings are horsehair, and it detunes in a second, so I’ve worked out a technique of constantly retuning it while playing. It has a built-in contact mic so I plug it in electrically, and it feedbacks like crazy when close to amps. I love it. I started playing it because I wanted a string instrument, but most of the established ones are just too advanced for me, and have too much cultural baggage. Generally, my perfect instrument is just an amplified contact mic, so I thought: “hey, it’s just that, but inside a block of wood and with horsehair”. 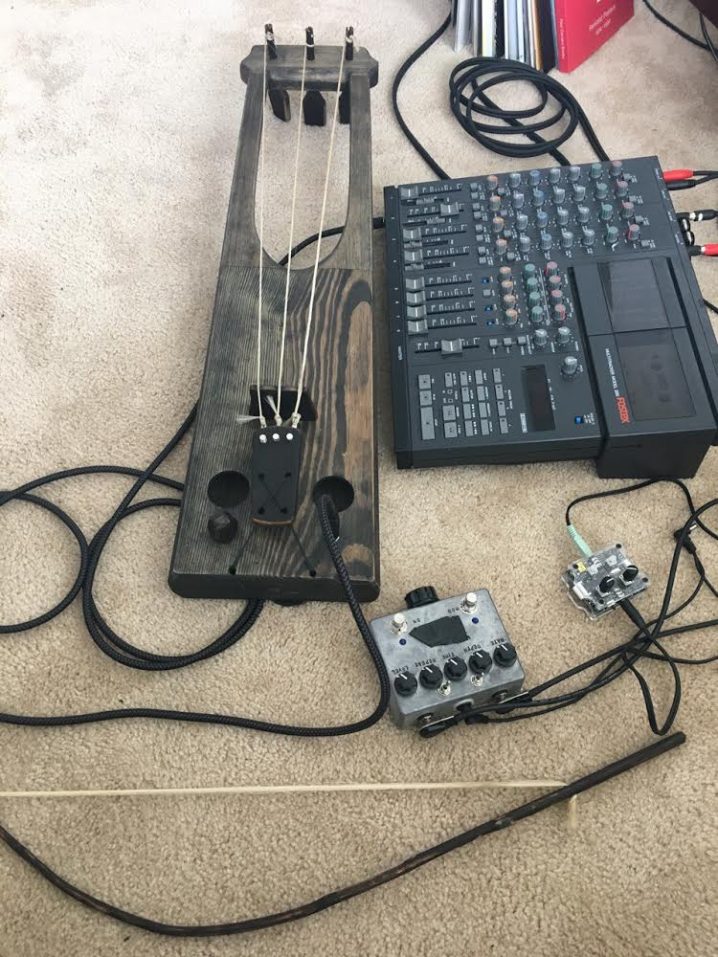 How are you dealing with the lockdown in Spain, how has it affected your psyche, and how do you think the pandemic has affected Karelia?

My wife and I were the first ones among our friends to be infected, so we got that out of the way back in March 2020. The first 6-7 months were amazing: none of us lost our day jobs, my cooking skills improved, I took on jogging, started surfing and skateboarding, worked out a drum routine (I’ve been learning percussion recently). But lately, I’ve been getting the COVID fatigue full-on, and it’s backed up with puppy blues, so I’m a mess. At least the weather is great, I love winters here.

I haven’t visited Karelia in years, but my mom says they’ve got it easy, more or less. Everyone in my family is being vaccinated and they’re healthy and safe. But speaking of Karelia in general, even the pandemic can’t make it more depressing than it is. I’m not being negative, just stating the facts. It’s a land of endless melancholy. 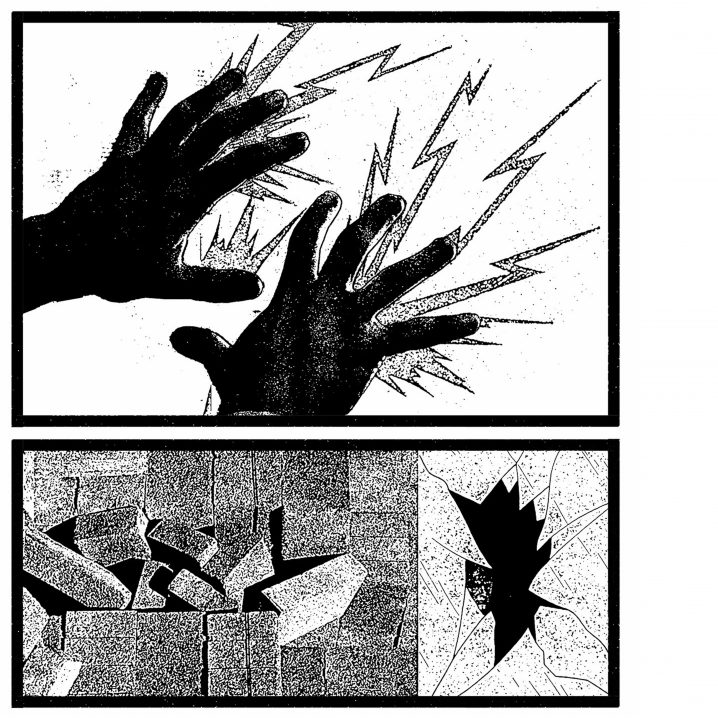 Once again, the album, Pleasure Prison is out on School of the Arts, this Friday, February 26, 2021. Recommended for fiends of dark ambient and electroacoustic drone, somewhere between the earlier works by Hildur Guðnadóttir, the moodier side of Richard Skelton (aka The Inward Circles), and the grittier works by Rafael Anton Irisarri.