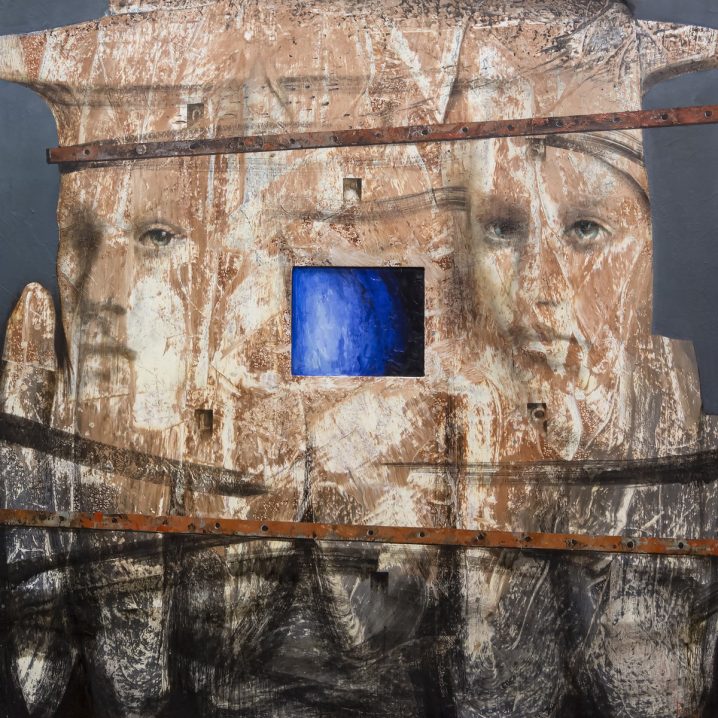 In February of 2018, I came upon a mysterious new project on the UAE imprint called Bedouin. I was immediately mesmerized and sang my praises for the intensity of all emotion that came forth with the sound of Constantine. The 2018 release felt fresh, it felt electric and exciting, and I have felt about Hades the same way since. Back then, I wrote: “its carefully orchestrated layers of emotion lure the listener into its deliberately misleading comfort zone, where everything is architected around its climatic peak.” Its highest tops and deepest valleys plunged me into the void with the velocity of sound ripping through the cinematic ether. I want to call this genre “cinesonic” for its ability to trick the mind into a kinetic journey through imagined space. It’s been about three years since its output; the vinyl is sold out; its author’s back again, this time under his full name as Constantine Skourlis. And just as the debut, this successor is dark and dingy, rough and raw. In case I haven’t made this clear already – I absolutely love it! Let’s dig in!

The textural elements on this record are both well-sculpted and sometimes just left alone. There is plenty of scratching, scraping, and screeching matter, produced with strings and bows, and sometimes strange machines that give me goosebumps all around, the way the nails kiss the board. The synthetic atmospheres are pierced through with organic, using vibrating wires, membranes, and throats. Its atonal quality is harmonized with a brooding chord progression that’s melodic, dissonant, and deaf. The sheer power of the volume with which each track delivers on its message is then reflected through vibrating furniture in my pristine abode. I look back at my windows, and my plants are scared. My neighbors wake with nightmares that the bass evokes.

Constantine Skourlis is no stranger to long works that inspire violence and darkness in the mind […] Seeking balance and peace with abhorrent horror and inescapable strife, his sound is reflective of his mission statement [… ] Be that of hopeful outcomes or unfettered doom, the motion is there. Loops cascade in on themselves, implode, get lost in frequencies, and reemerge […] It’s a sound that could as well come from deep in your skull as much as it could come from the very back of a cave so deep you cannot see the end of it. It’s the sound of a bullet leaving a chamber and the sound of it entering bone.

The album’s name and track titles hint at the destruction of our days with violence and tears. There is the start of the “Collapse” with our “Reality Cancelled,” which quickly goes into “Atonement,” “Reckoning,” and self-reflection on beliefs. The emotion subsides a bit with melancholy “Elegy,” and “Lethe,” before the last “Ascension,” but even as the album closes, you know that you will never be the same, and you’ll be back for one more spin, in all that’s looped of this recurrence.

With ETERNAL RECURRENCE, I delved deeper into the abyss that is the human psyche and its inevitable dualistic nature of beauty and of violence. The eternal struggle for balance and the destruction that follows. One could describe the process of the composition as an instinctive response to imminent danger, a ‘weapon’ of self-healing amidst global catastrophe. 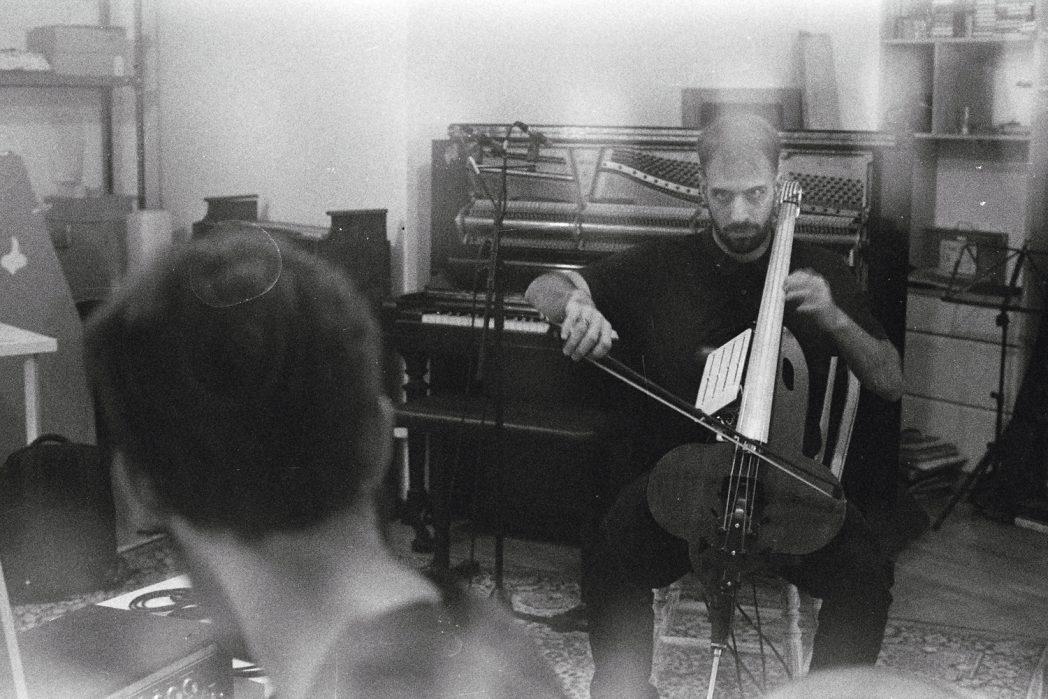 My press copy comes with a bunch of photos depicting the recording sessions with a bass clarinet, percussion, and the halldorophone cello. I’ve picked a favorite and featured it above. There is a stark contrast between the darkness on the record and the light that’s captured by the lens. Instead of an illuminated studio, my mind prefers to think of this recording made in the gloom, cold bowels of an abandoned church, a cave, or something old unearthed through ceremonies of a shaman. It’s where humanity has taken its final breath before exhumed again for one more chance in living.