In 2011, Headphone Commute published an article by Lawrence English, titled A Young Person’s Guide To Hustling (In Music and The Arts). It’s been a source of inspiration for many up-and-coming artists and continues to be referenced nearly every single day. A few things have changed in the last nine years [not the least of which is the impact on our industry with the lockdown due to pandemic], some ideas refined and some views developed, and so I reached out to Lawrence to see if we can get an updated version on his invaluable guide. Today I am honoured to present you with a revised edition of this article, with a PDF copy of the booklet available for download once I finish running it on the site. I will also conclude this feature with an interview with the author to round out the conversation. But first, let’s kick off with a quick blurb about the author and the introduction to the piece.

Lawrence English started his first fanzine when he was 15 in a math class. He established a record label the following year (Room40) and has since been heavily involved in music, sound and art as both a curator and practitioner. Over the past 30 years, he has tasted the bounty of arts-related work actions, including freelance criticism, artist and tour management, event production, label and exhibition curation, design, creative consultation and more. As an artist, he has presented artworks and performances on every continent on the planet (yes, even Antarctica) and continues to produce work that is concerned with the politics of perception. He lives in Brisbane, Australia with his family, a pair of crows, a trio of chickens and a miniature schnauzer. The author extends his heartfelt thanks to the many folks who have taken time to talk through ideas and endure his tedious inquisitions and provocations. Without them, he’s nothing. 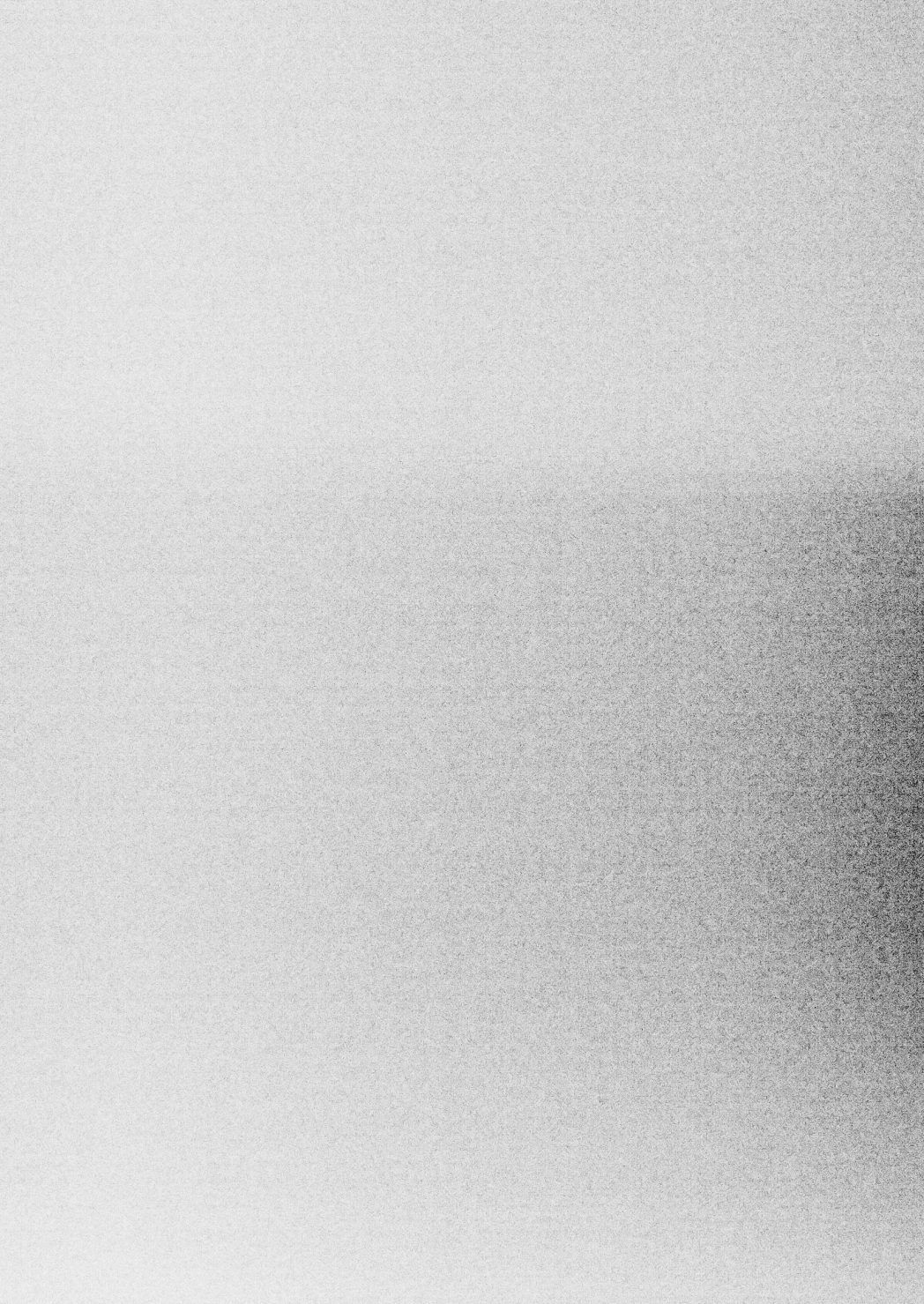 One tale of hustling

If you had told me when I was 15 that starting a fanzine in math class would somehow morph into the life I lead today, I would categorically not have believed you. Somehow though, those naïve texts and interviews I typed up on the typewriter I found under my parent’s house, cut and pasted together, and photocopied in the school library, were a gateway to a place that continues to fascinate and intrigue me to this day.

Over the past two-plus decades, I’ve enjoyed a non-linear, untethered life as a freelance, making relative mountains out of dirt piles (at least that’s how I’d like to frame it for myself). In many ways, it’s what each and every one of us does in the arts. We gather whatever we can and make something special out of it, in most cases to share with others. We choose this way because more often than not we love what it is we do, and who it is we do it with.

This acknowledgement of why we do what we do is a critical theme to identify as many artists continue to operate in one of the most underpaid and uncertain sectors of the economy. The wholesale precarity that haunts almost all levels of the arts is widely acknowledged, well documented and apparently, difficult to rectify.

Attempting to maintain a freelance existence throughout my professional life has proven challenging at times. Its ongoing nature is never a certainty, and I don’t expect it ever will be. Early on there were many months where baked beans on toast were quite literally my primary food source. Thankfully though I’ve been fortunate enough to get by, month to month and then year to year, and better yet expand my dietary intake! With a little luck, some strategic thinking and a lot of generosity and support from wonderful, creative individuals and some institutions too, who encouraged my curatorial and artistic endeavours (to these folks I am eternally grateful), I’ve been able to make work and share my passions and interests with others.

About a decade ago, I had a serious pause to think about what it was I was doing with my life and moreover why I was doing it. I lovingly describe this period as my early midlife crisis.

The crisis arrived for me when I was involved in an exchange with a festival director and their assistant, during which a series of years’ long agreements were severed with no good reason. The breaking of these commitments was one thing, but the disrespect and lack of care shown by these individuals in that exchange made me consider why it was I was undertaking these projects and investing so much of myself in them. I knew I believed strongly in the work of the artists I was supporting, but the sheer disregard for common decency of these individuals displayed really shook my confidence about the motivations of others working in the field.

After some serious consideration, I came to realise I had essentially lived by a pair of beliefs that I have subsequently come to consider my reductive manifesto. These propositions essentially hold the aspirational criteria for how I choose to exist as an artist (and curator) and also how I decide what is it I do and why. For me to continue, I must:

1 – earn the respect of my peers.
2 – be capable of realising the projects I aspire to.

In these two statements, my place contributing to the broader community and the interior drive I need to continue deepening what it is I do, are captured. The outward and the inward are equally weighted and intrinsically linked.

The second point of the manifesto for me summarises what I feel is important about a life of making art. My goals have never been attached to archetypal notions of success. After all, you need to ask what success might mean for you. It’s not a universalism, it’s not an absolute, it’s not static. It is a rolling series of prospects and ambitions that are constantly in flux across our lives.

In my case success is concerned with longitudinal sustainability, rigour and a deepening of practice that means as my projects develop in concept, scale, complexity or however else they might, so too must my capacity to meet them. It’s important to note that this second criterion does not state I must realise every project I dream up, instead it speaks to my abilities to potentially meet what is required in any given project I am involved in. It’s a way for me to encourage a perpetual extension of myself, intellectually, conceptually and otherwise.

This text, The Young Person’s Guide To Hustling (In Music And The Arts), is the other outcome from this particular encounter I mention. It was born following a number of conversations I had with friends, artists and curators, that encouraged me to take a moment and think about how it is I have chosen to exist here, with them and you all.

Following the initial publication of this text, many folks got in touch and asked why use the word ‘hustling‘, like somehow I had proposed a negative position. Frankly, hustling is what many of us do day to day. We are constantly out there, working ourselves into potential situations of employment, going day to day, week to week, month to month and so on.

In recent years we’ve seen the formalisation of this approach become dubiously crowned the ‘gig economy’. I’d argue this is a deleterious phrase to use for our work lives, as it typifies a kind of economic gentrification that seeks to reduce or deny the highly unstable and incredibly precarious working situations that we face in each moment of our working lives.

Sadly, looking back over these past decades, I’ve witnessed many visionary curators, producers and artists shrivel up and pass into other work before they reach their peak. These people, many of whom I can’t help but feel could be producing incredible work right now had circumstances been different, stopped practising for a variety of reasons concerned with their economic instability (the fatigue of occasional feast and extended famine).

Beyond the introduction of a Universal Basic Income, which would offer all people a baseline from which to operate in their lives, there’s no simple answer for how to champion sustainability within these increasingly unpredictable zones of creative entanglement. One thing that has certainly assisted me has been the insight and mentorship of elders and those more experienced in the field. It’s partly this sentiment of sharing that encouraged the writing of this modest guide.

It’s important for me to state, this guide isn’t some type of cure-all. Nothing is universal, there’s no one answer (or one question for that matter) or single solution to the challenges faced in maintaining creativity and sustainability. This text is merely one collection of thoughts and reflections about the particular set of circumstances that have presented themselves to me, and those around me, over the past couple of decades.

I hope you find some useful and thought-provoking points here and that some of these views might prove poignant for you in sustaining your interests, passions and creativity. If ever you need something, I am usually just an email away.

The guide is divided into three sections – work, others, self. Download a PDF version of this guide from Bandcamp.