It’s fair to say that Roly Porter’s 2016 release on Tri Angle titled Third Law made quite an impression on me. I can’t believe that it’s been over four years already! Its cinematic tendency mixed with immense sound design and atmospheric soundscapes encompassed a pinnacle of my sonic obsession. Played loud on repeat, this music continued to reveal itself through intricate dynamics, complex layering and meticulous storytelling through sound in time. So I’m extremely excited about his upcoming fourth solo studio LP on James Ginzburg’s Subtext label, titled Kistvaen, due to be released on June 5th. The album takes its name from “a type of granite tomb found predominantly in Dartmoor, southwestern England. Scattered across the moorlands, the kistvaens were often found covered in a mound of earth and stone. They housed dead bodies, allowing them to lie facing the sun.” As you may expect from the description alone, this will be some dark, brooding, and haunting music, taking you into its eerie spaces bathed in shadows and light. Featuring vocals from three artists specializing in medieval Welsh music and vocal traditions, the music extricates ancient burial rituals, unearthing inhumed secrets hidden within. The release is still a month away, but today I’m honoured to host an exclusive premiere of a title track taken from the album. I hope that you’ll enjoy.

With ‘Kistvaen’, Porter speculates on the burial site as a mirror, or a gate in time. Excavating stories and images of ancient burial rituals, the record teases out similarities in emotional and social rituals between the Neolithic period and today. While a myriad of social, cultural and technological factors drastically differentiate our contemporary period and the end of the Stone Age, certain affinities may still be found in experiences of death across eras. 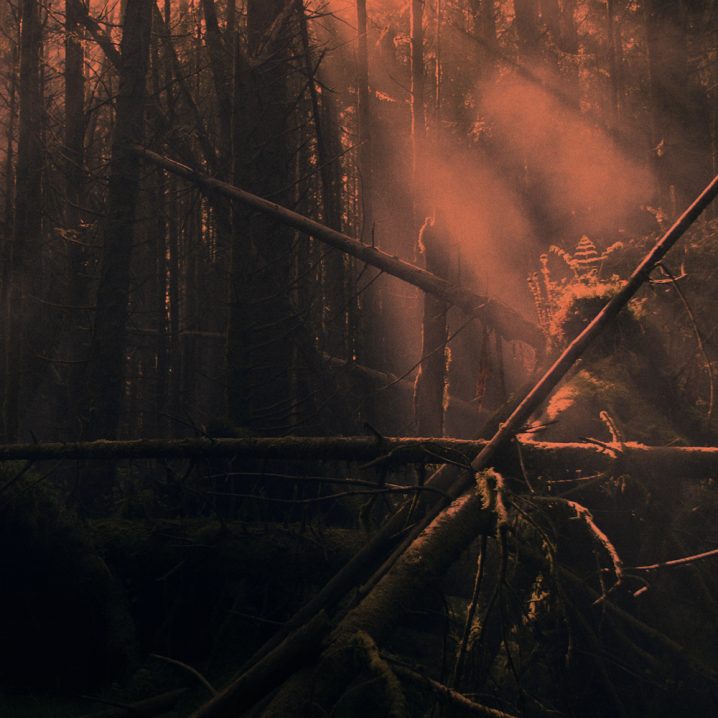 The tracks on the record were produced initially for an AV Performance of the same name with visual artist MFO, which has appeared at Berlin Atonal, Unsound, and Sonic Acts. Definitely watch the live video – it’s truly mesmerizing. The album is currently available for pre-order directly from the label, as a 2xLP, limited edition CD, or a digital release.