Let’s start at the very beginning. Can you tell us how you got involved in composing, and what was your very first piece of gear?
I have no musical education whatsoever and also never played in a band. So it took me a while to figure out that music could be an option. I was very much into Hip Hop as a teenager and at some point became interested in making beats. But I did not really know how beats were made. I got one of those big Roland Workstations that I found second-hand but did not understand it at all – I believe it was an XP-50 or 60 – so I sold it rather quickly and saved up for an MPC 2000XL which I consider my first real piece of gear. I bought it after I found out that Endtroducing by DJ Shadow was made on an MPC and basically wanted to do the same. Needles to say, I failed horribly, but it sparked my love for samplers and music gear in general.

How many different studio iterations have you gone through, and what does your final setup look like right now?
Countless. I really couldn’t say. I had all kinds of setups, all analog, all software, all modular, and everything in between. These days I use a mixture of samplers, synths and modular – and record straight to either 1/4″ tape or cassette. Even though I do like gear, I don’t get very attached to it and sell things rather quickly if I feel they don’t fit my current workflow. The permanent change is part of making music for me. And I do like to think of not having one setup, but an arrangement of gear out of which I can create smaller sub-setups to make music with. My new album ‘When‘ for example was made with an Analog Four, a Ciat Lonbarde Cocquantus and a Portastudio (for drones). And recorded on a Marantz PMD430.

Tell us about your favourite piece of hardware.
I don’t really have a favourite thing. But here are three contenders: Elektron Digitakt – it is small, simple and fun. I can make entire tracks on it, it can sequence many other things and it does sound super beefy; Ciat Lonbarde Cocoquantus it is one of the most inspiring things I ever used and the perfect way to start a track; Chase Bill Warped Vinyl MK2 – It just makes everything sound better, and brings vibe even to the dullest of sounds.

And what about the software that you use for production?
Almost none. I record my tracks straight to tape, no multitracking, just stereo mixes. Those tracks will eventually be transferred into Ableton where I use the EQ to finetune the sound. That’s it. 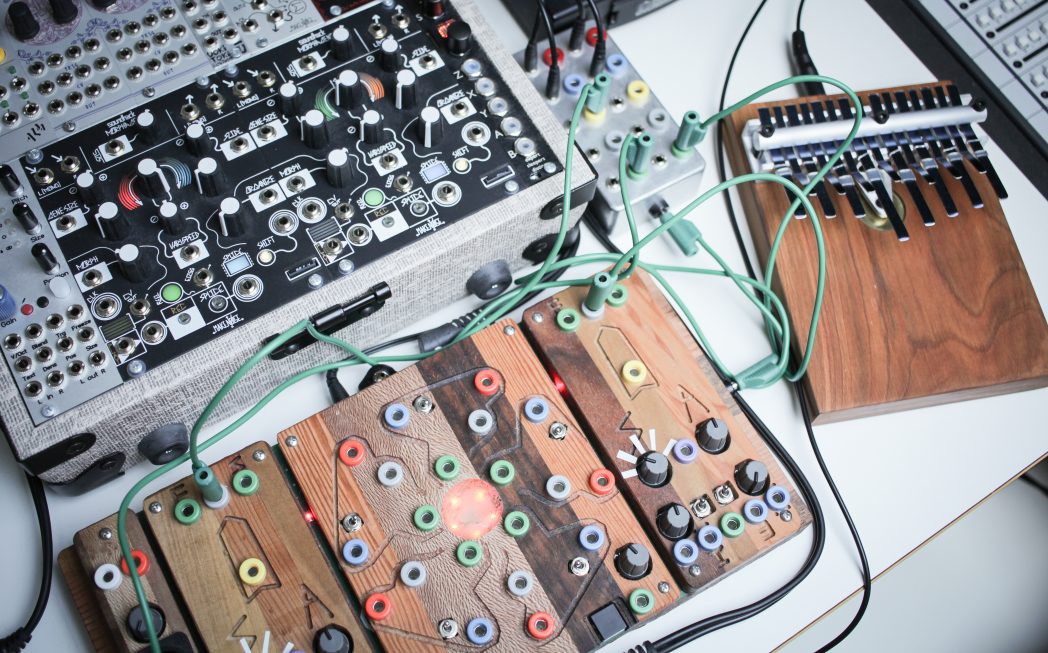 Is there a particular piece of gear that you’re just dying to get your hands on and do you think one day you’ll have it?
There are some old synthesizers like the Yamaha CS80 or the Oberheim 4 Voice that I would like to try out, but I’m not exactly dying to use them and doubt I would ever buy such a thing. Also, an Ensoniq ASR-10 would be nice to have. But I don’t have room for a big keyboard anyways.

Can you please share some aspects of sound design in your work?
I do like sounds that are like waves. Fading in and out, unsynced, ever-changing – and with a bit of foam on top. To me, the most interesting sounds happen, when several sources interact with each other. So I try to always leave enough space in the frequency spectrum, so they can co-exist, become one and then separate again.

Any particular new techniques that you tried out for your new album?
As mentioned earlier, ‘When’ was made with very limited setup. And the main sound source was the Analog Four Mk2, which as the name indicates only has four voices. So I basically tried to get the most out of them by recording drones into the Portastudio and melody fragments into the Cocoquantus. These became the backgrounds onto which I composed the more structured parts. So I’m not sure if you can call it a technique but the aim was always to make four voices sound like many more. 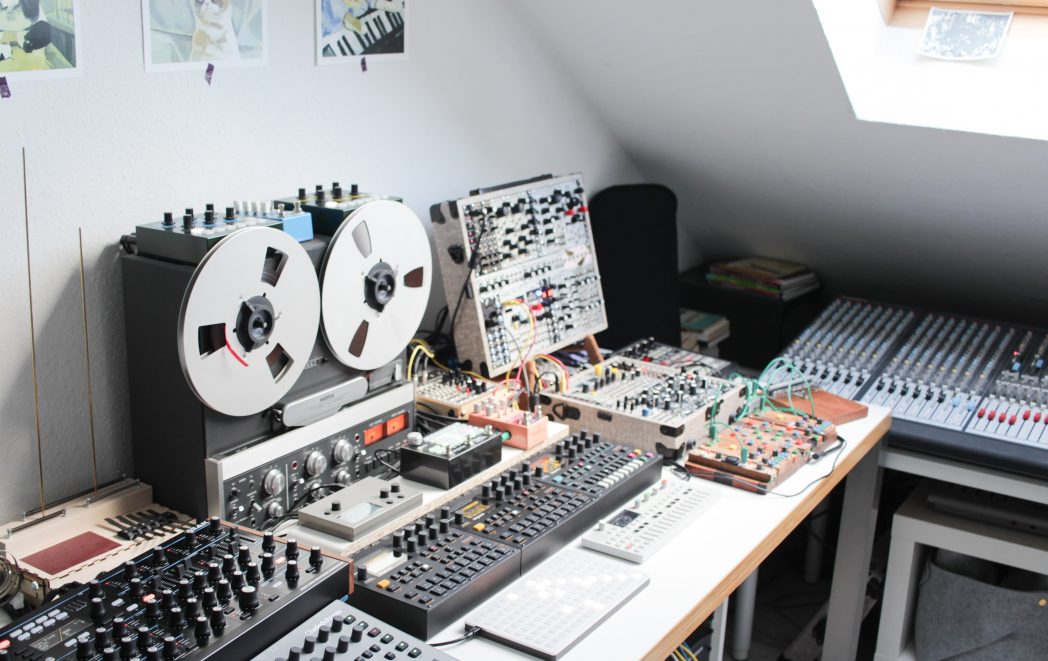 What does your live setup look like, and what do you bring with you when you travel for an extensive tour?
My main live setup at the moment is a Digitakt and Digitone. With these two I can swing a whole show. Depending on the type of gig and how far it is away, I then add several things, like e.g. a small modular case, cassette devices or just a second Digitakt. But I try to travel as light as possible as it makes it easier to enjoy the places I am visiting.

What is the most important environmental aspect of your current workspace and what would be a particular element that you would improve on?
My studio is in the heart of Frankfurt, which means it is surrounded by construction sites. I became quite good at making music with an insane amount of noise in the background, but I would love to have a place that is closer to nature. So there is actually a lot to be improved.

What can you tell us about your overall process of composition? How are the ideas born, where do they mature, and when do they finally see the light?
My main goal is always to express my emotions as honest as I can. But when I start a new track, I often don’t have a particular plan to achieve that goal. So I try to find sounds that capture what I’m feeling at this very moment and then follow them. I add what feels right and throw out what feels wrong until I have a skeleton that I am confident could become a whole track. Then I start recording and perform various takes with different arrangements, progressions and choices. Out of this partial improvisation, a structure will emerge after a while. And whatever take feels best becomes the track. This is usually all done within a day, sometimes two. 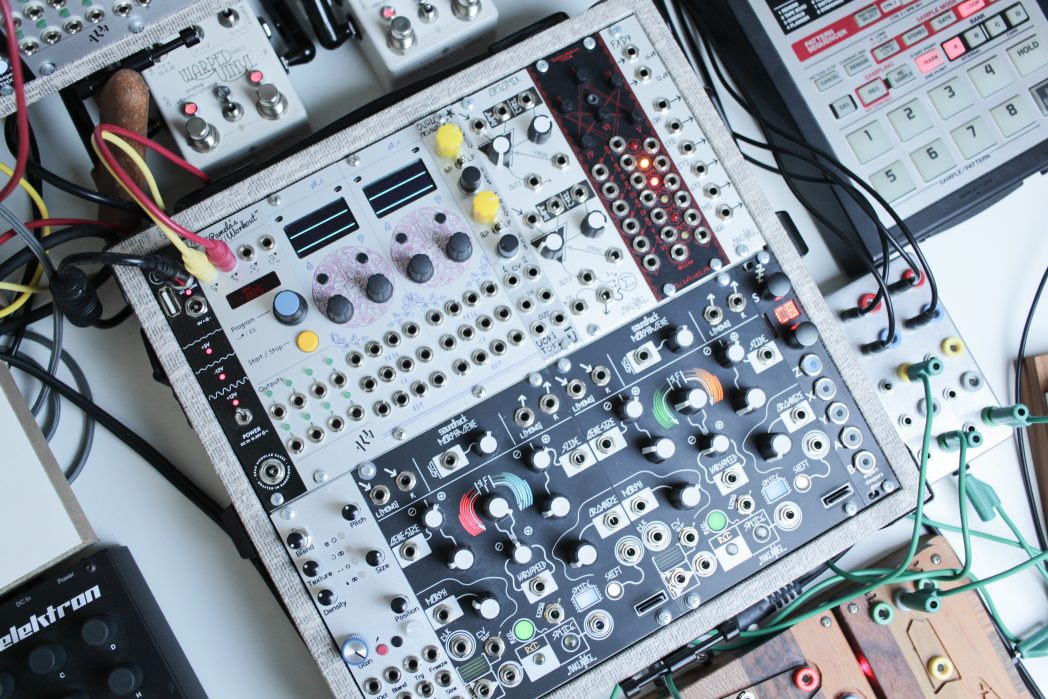 After the piece is complete, how do you audition the results? What are your reactions to hearing your music in a different context, setting, or a sound system?
I make my music entirely on headphones – you might have noticed the missing speakers in my photos. So having a good system to check on, is vital to me. For the last two albums, I had the opportunity to bring my tracks to my friend Kabuki’s studio, which is only a few stations away. He has a great sound system with very revealing speakers. And he also knows what he is doing. So we fine-tuned my tracks there and I could not be happier with the result and workflow. Before that, I used to check my tracks on all systems I could find and always doubted my decisions, constantly changing things while slowly descending into madness. Very glad those days are over.

Do you ever procrastinate? If so, what do you usually find yourself doing during those times?
Maybe a little, from time to time. I think it is important to do other things and let go a bit. For an original procrastination experience, I love a good video game. But in general, everything is good that requires your full attention. 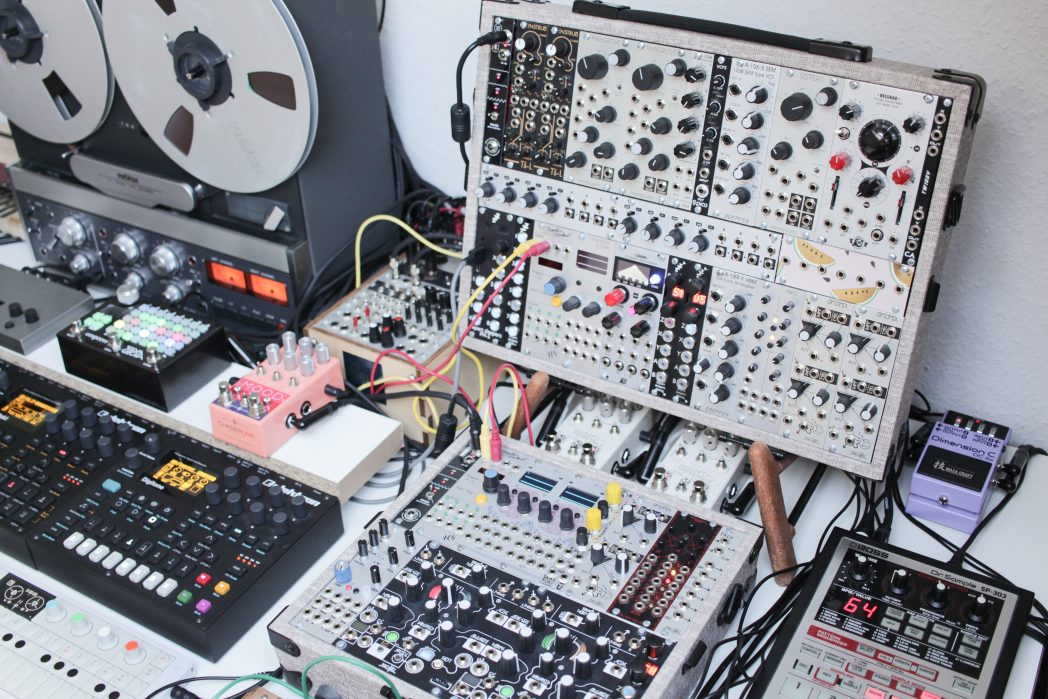 What gets you inspired?
Good ideas. When I see or hear something that I consider to be smart, I get in the mood of wanting to create something. For me, this often happens with comedy, be it in film or shows. I find things like old Simpsons episodes, Seinfeld, Curb your Enthusiasm or movies like Adaptation highly inspiring. Whenever I witness an original thought, I want to make something original, too. And that mostly is music.

And finally, what are your thoughts on the state of “electronic music” today?
I am very happy to be part of a super active and original scene, that is not located anywhere particular but spread across the whole globe. And for me, these artists represent the best of today’s electronic music. Positive, inviting and curious. Which is a pretty good state to be in. But in a broader sense, I don’t believe you can specify the state of art. All it can be is changing. We have more ways to experience it than ever before and fantastic music can be found at any time. 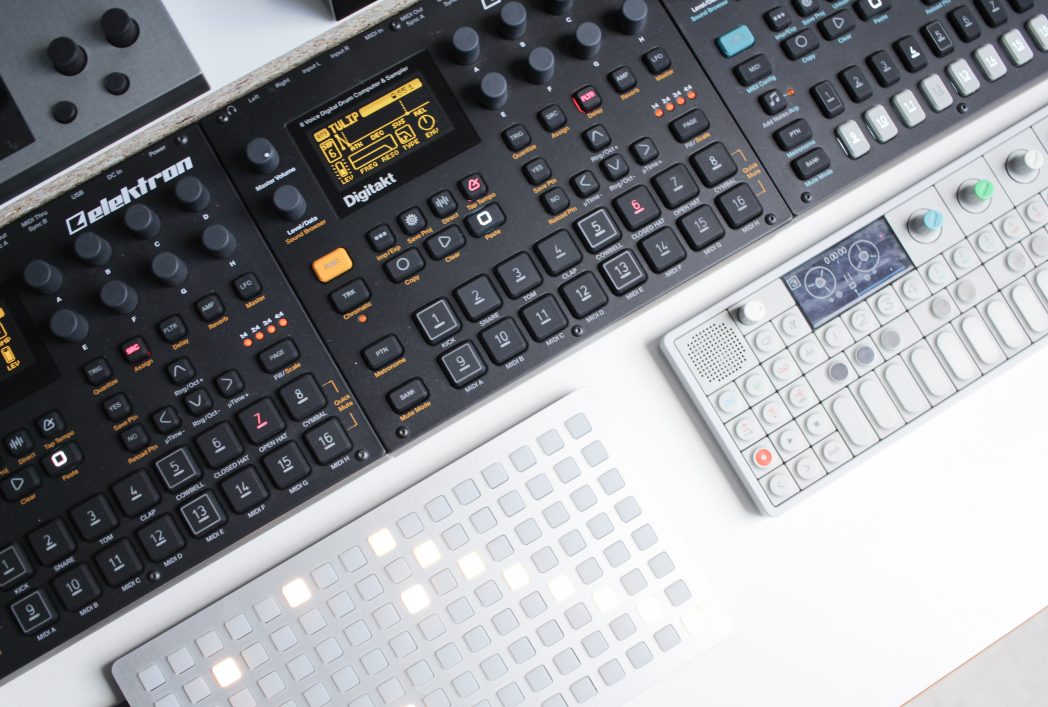