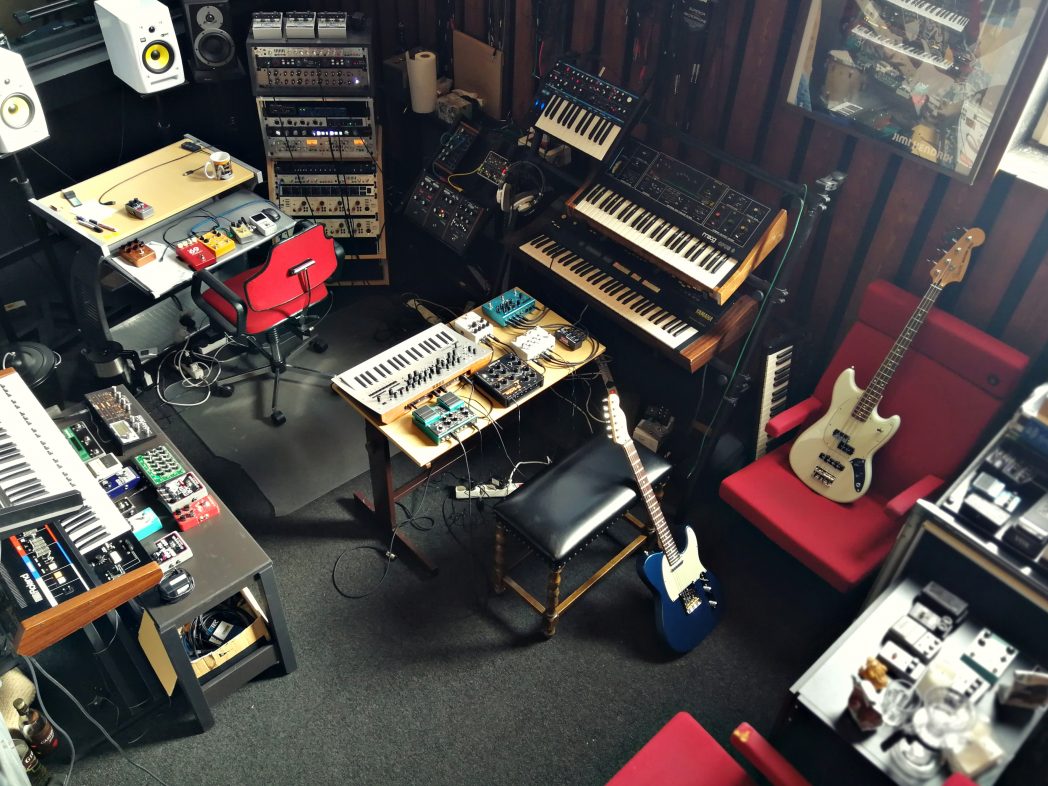 Let’s start at the very beginning. Can you tell us how you got involved in composing, and what was your very first piece of gear?
Actually, my first piece of gear ever was an Ensoniq Mirage sampler, that my parents got from my uncle (who’s a musician). It was far too complicated for me – I was like seven at the time! – so we got a drum kit instead.

How many different studio iterations have you gone through, and what does your final setup look like right now?
From around the time I got the drumkit my dad also got a keyboard and a guitar and made a room for it in the basement of our house, where I would jam with my dad and my friends. It’s been progressing from that ever since. Later, when we had a proper band (actually some of the same people I still make records with to this day!), and I had turned to the guitar instead of drums, we recorded to cassettes, later to mini discs, and in 1999 I bought a Fostex 8-track digital recorder, making multitracks and overdubs possible. That’s what really got me into producing electronic music and making music on my own. At that point, I also had a couple of analogue synths and a sequencer. 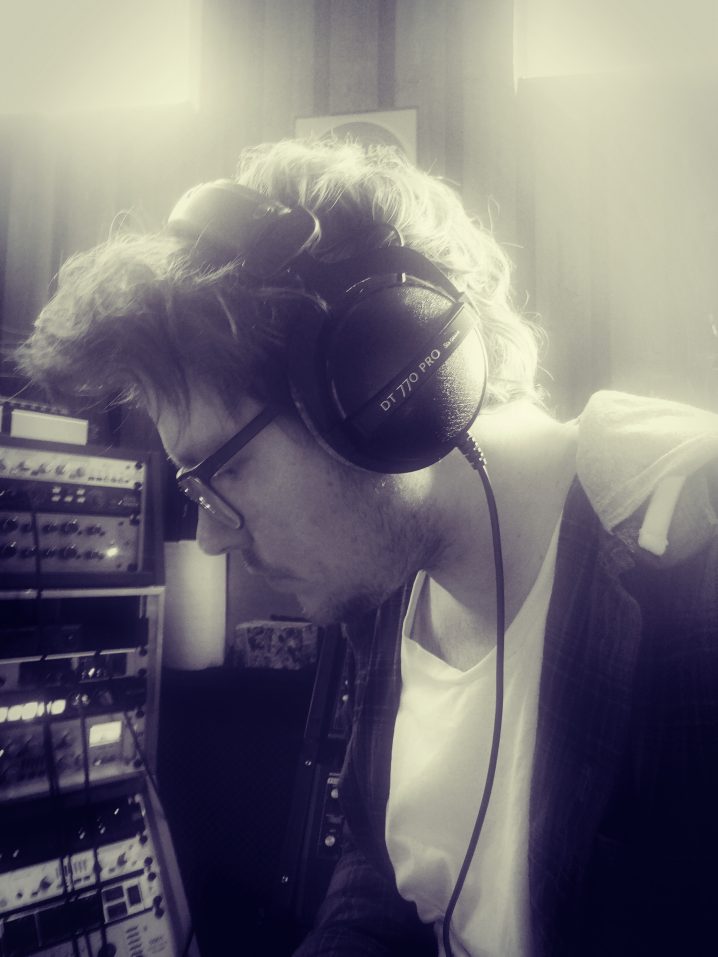 For around ten years I had a small home studio in whatever apartment I shared with my girlfriend, where I could mix and have my synths, and a rehearsal room somewhere else in town, where I could make noise with my band, store my guitar gear and record really loud stuff if needed. Four years ago I got the place where I’m still working now – a more proper studio with plenty of space and nice acoustic treatment. There’s a live room as well as a control room. It serves multiple purposes: it’s where I work on my own music on a daily basis, we use it as a rehearsal and recording space for my band Causa Sui, and it’s where I do mixing and mastering (of my own as well as other people’s music).

Tell us about your favourite piece(s) of hardware.
I’m in no way dogmatic about hardware – I think plugins are perfectly capable instruments. But having said that, I tend to work predominantly with hardware. I like the hands-on interaction with the instruments and I love combining various synths with guitar pedals and effects to see what happens, and I tend to do quite a bit of tweaking while tracking. I like the idea of getting stuff somewhat finalized when recording, instead of the ”fix it later” mentality, which tends to cause an endless amount of tweaking/exploring possibilities later on. I don’t wanna try out five reverb plugins before deciding, and so on. I’ve been there. These days I’d rather commit to something and force myself to make good decisions along the way. 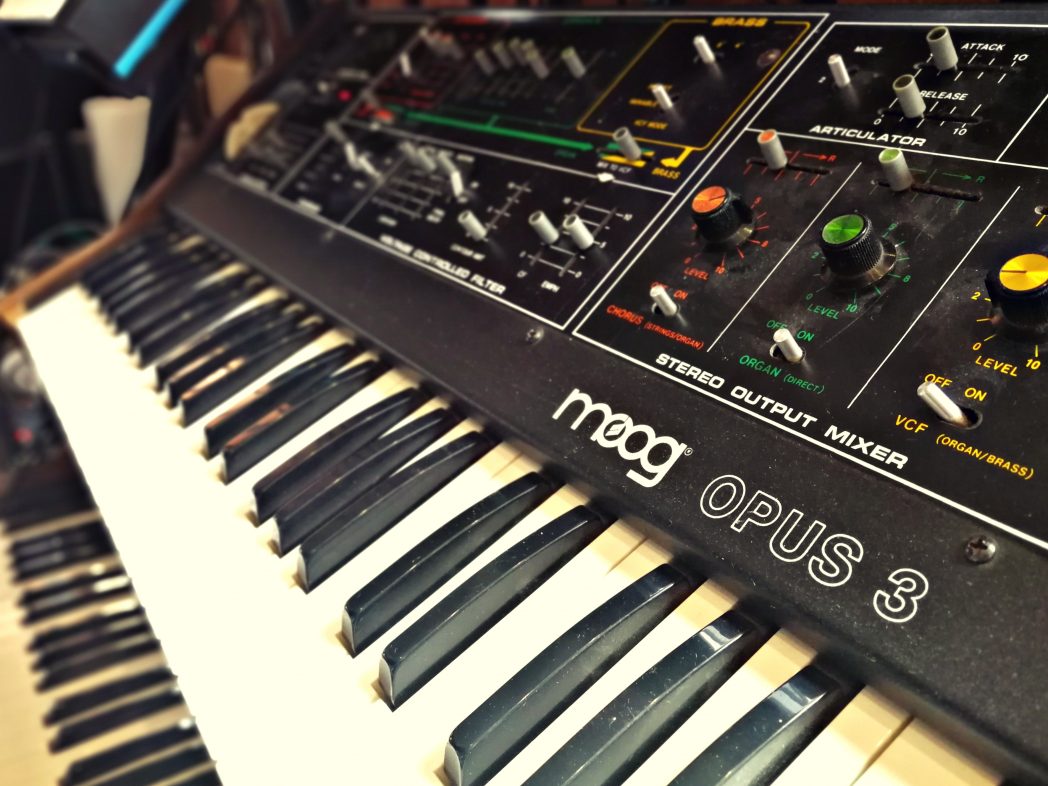 I’ve got a Moog Opus 3 here, which is pretty unique sounding. It’s kinda like a stringer/organ type instrument, more than a proper polyphonic synth. It always blows my mind and sounds so different from any plugin out there. For weird, deep pads it’s just amazing. It always inspires me. In the ”work-horse” end of the spectrum, my Fender Super-Sonic 60 amp has been used on an incredible amount of tracks over the years. It’s so rich and full sounding.

And what about the software that you use for production?
I use Cubase for tracking and mixing and Wavelab for mastering. I love those pieces software, but to be honest, it’s probably just a matter of habit. Whenever I’m at Ulrich Schnauss’ place working in Logic, I can never find what I’m looking for! I’d also have to mention Kontakt from Native Instruments, which is a sampler plugin. I’ve been using it for over 15 years and I often feed audio through it for the unique sound processing it offers, or to trigger it via MIDI. It’s definitely a piece of software I couldn’t live without. 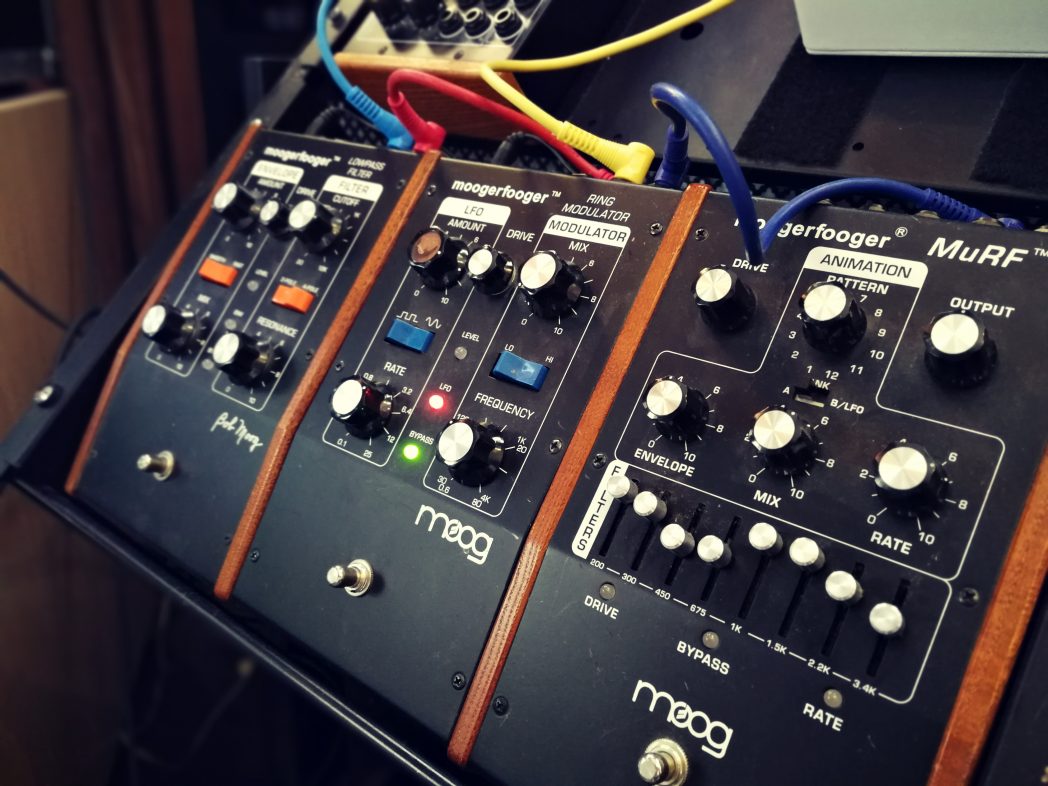 Is there a particular piece of gear that you’re just dying to get your hands on and do you think one day you’ll have it?
These days I’m pretty practical-minded. It’s often the small, functional things that make the biggest difference on a daily basis.

Can you please share some aspects of sound design in your work? – Any particular new techniques that you tried out for your new album?
I often stack several sounds to build what actually sounds like one sound. One reason for this is practical: it gives you more control over each sonic constituent. But often it also adds depth and excitement to the sounds – perhaps the tuning is slightly different, or there are differences in the envelopes that adds a bit of complexity. On the new Billow Observatory album, I’d often record each guitar note separately, instead of full chords. That way you can pan each note differently set the reverb slightly different etc. It adds up to a deep, mysterious sound. And sometimes it gives a bit of an artificial flavour that can be interesting. 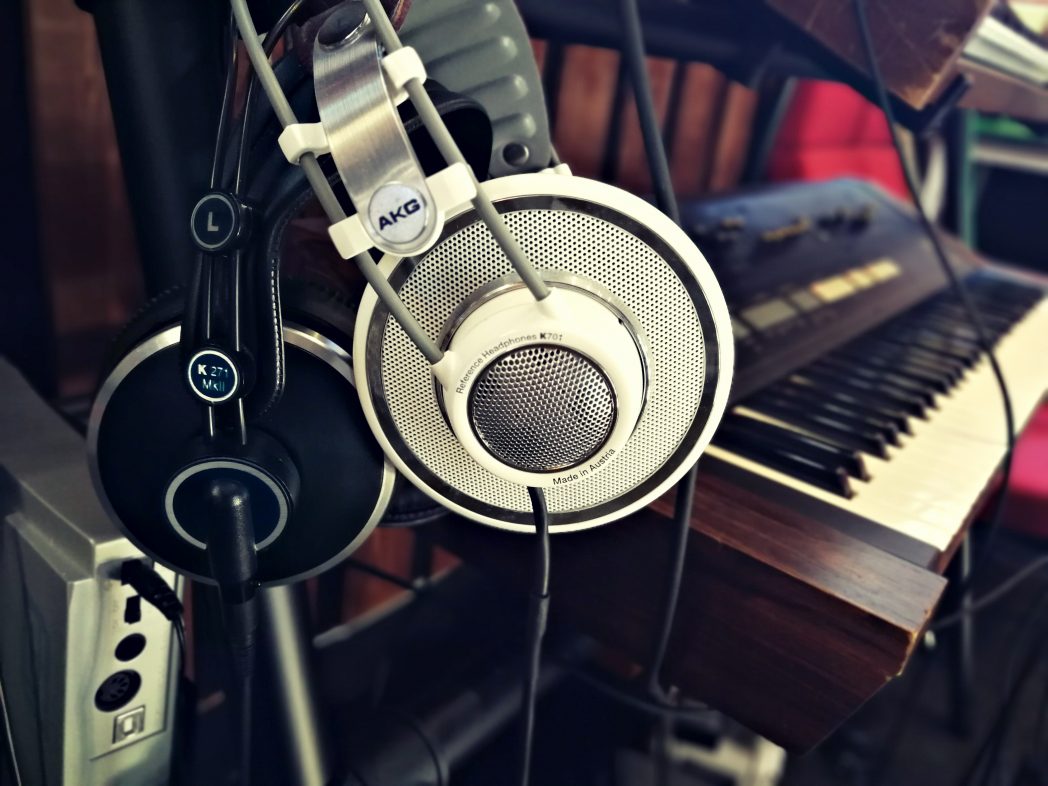 What does your live setup look like, and what do you bring with you when you travel for an extensive tour?
I have never toured ”extensively”, but for whatever shows I’ve been doing for the past few years I bring a small hardware-based setup: Novation Bass-Station II, Roland SP404SX, some delays, a guitar and Moog Opus 3. These days I find limitations fun and interesting.

What is the most important environmental aspect of your current workspace and what would be a particular element that you would improve on?
First of all, just having everything in the same space is a huge advance over every previous studio I’ve worked in. All my gear is fully functional and within reach – it’s pretty organized compared to my previous setups! Having a place away from home helps to focus, and keeps distractions away. Besides, I can make as much noise as I want down here. 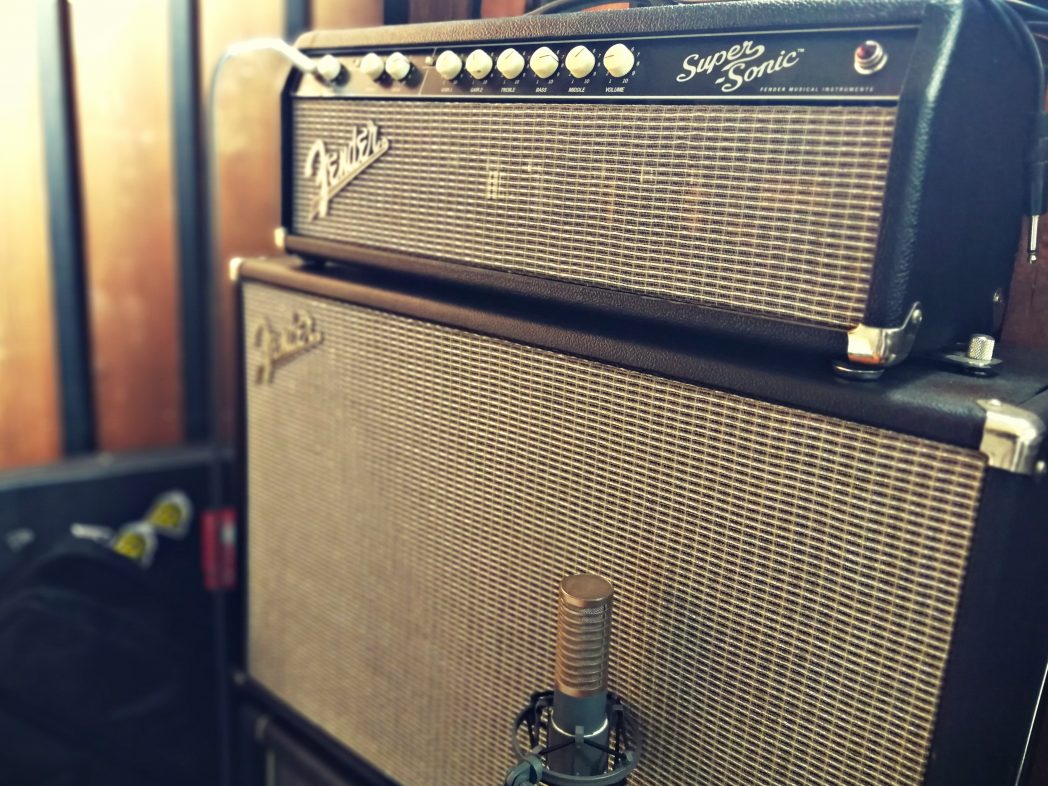 What can you tell us about your overall process of composition? How are the ideas born, where do they mature, and when do they finally see the light?
I used to write pretty much everything on a guitar before recording anything (which certainly applies to the Manual albums), but these days I try to go with the flow a bit more. It might be a sound or an interesting chord, and I try to see where it’s taking me. For the past few years, most of what I’ve done has been collaborations, one way or another, so there might actually be a fragment from someone else that I’ll start improvising on. When working on Billow Observatory, Jason will often send me a handful of loops or small snippets, rather than finished songs – and I’ll start building on those and maybe add more parts of my own. Usually, files go back and forth a couple of times – and sometimes it’s a subtractive process, taking more and more stuff away! 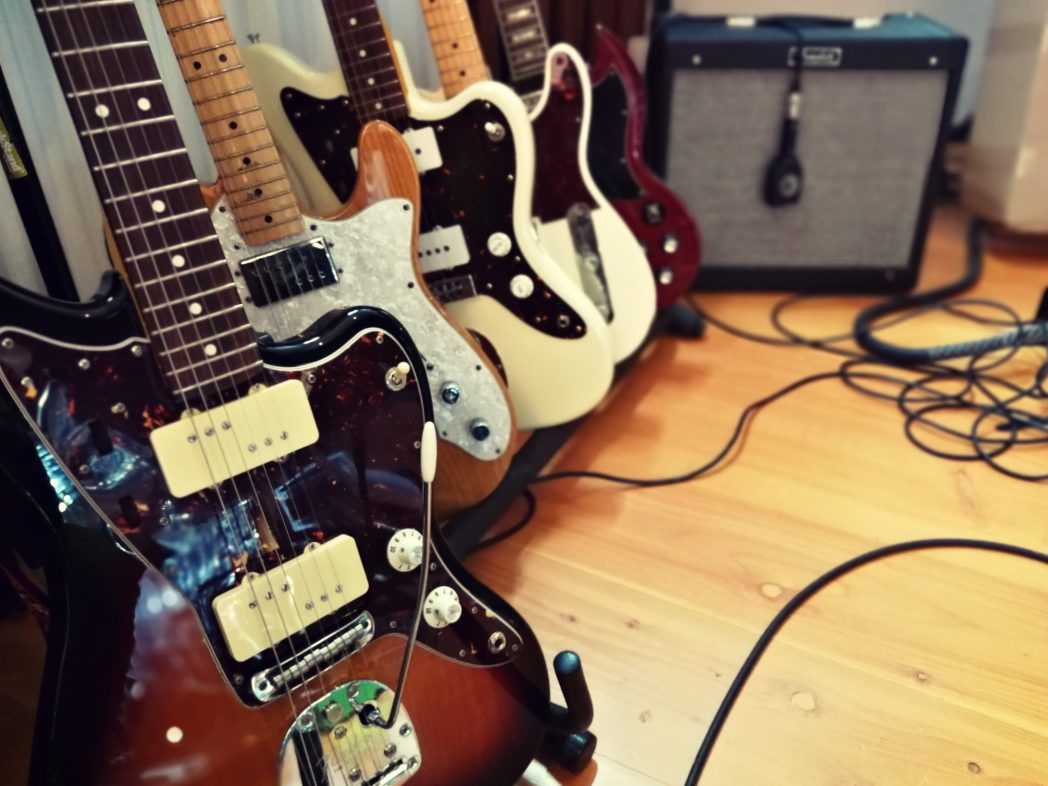 After the piece is complete, how do you audition the results? What are your reactions to hearing your music in a different context, setting, or a sound system?
I’m pretty obsessive when it comes to mixing. I always listen on the two pairs of (very different sounding) speakers in the studio and headphones, but I also listen on consumer-grade speakers at home. It’s always crucial for me to listen on small Bluetooth speakers and iPod docks to hear how it translates. It can be a pretty brutal experience, but sometimes you’ll find it actually flatters the music and ties the sounds together. 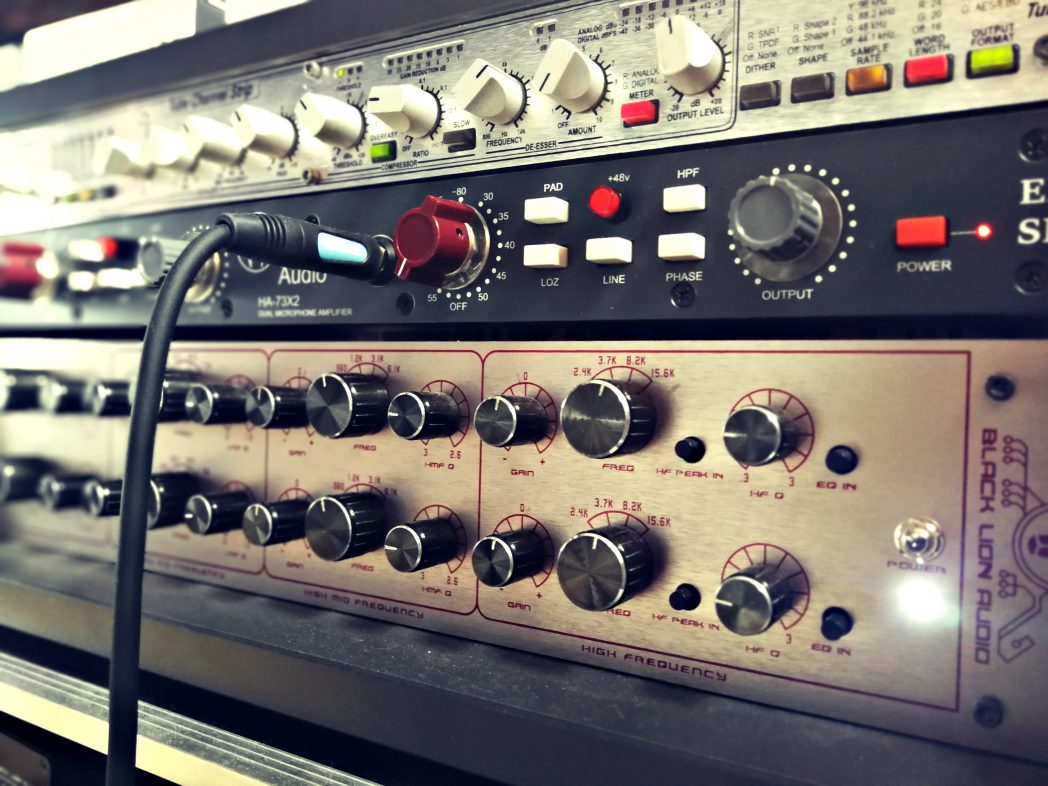 Do you ever procrastinate? If so, what do you usually find yourself doing during those times?
Never. Music is what I do for a living, basically, but that doesn’t mean I’m in the studio 10 hours a day, seven days a week. I run two labels, so often there’s administrative label stuff to do, emails to answer, taxes to be done… and so on. If I’m in the studio three days of the week I’m super happy. And I try to make the most of it. And I never get to work on every single idea, so there’s always kind of a backlog, which means if I had the time I’d simply work on bringing more of those ideas to life. Studio time is something I’m deeply appreciative of. Last year, around this time, my hearing was damaged for months due to a brutal ear infection (I’m on some pretty heavy immune-suppressant drugs due to auto-immune disease, which can cause severe infections). Stuff like that really makes you grateful for being able to work on music. Life’s fragile – it might suddenly be impossible for you to do what you love the most. I’m pretty aware of that at the moment. 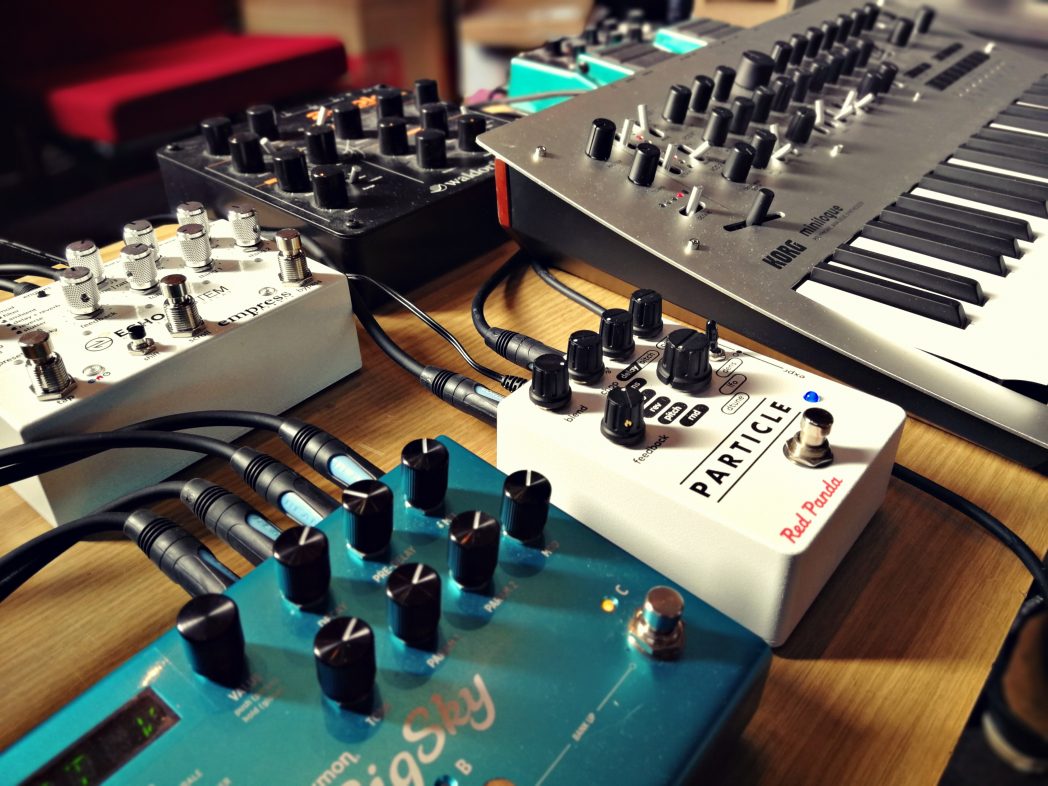 What gets you inspired?
For me, it mainly comes down to creating a good flow. Focused work spawns focused work! It’s usually very rewarding when I can focus on a project for several weeks at a time, without too many distractions. And it definitely adds to the productivity if you work for several hours at a time. When I’m at Ulrich’s place in London we always work 12-14 hour sessions for 4-5 days at a time. We might go out for a coffee or some nice Indian food, but that’s it. Those sessions are always quite gratifying.

There’s also something about the myth of ”darkness and creativity” that bothers me a little bit. I remember David Lynch calling fear and depression ”poison for the artist”, and that certainly rings true to my ears. These feelings hinder creativity and the flow of ideas. You must have clarity to create! 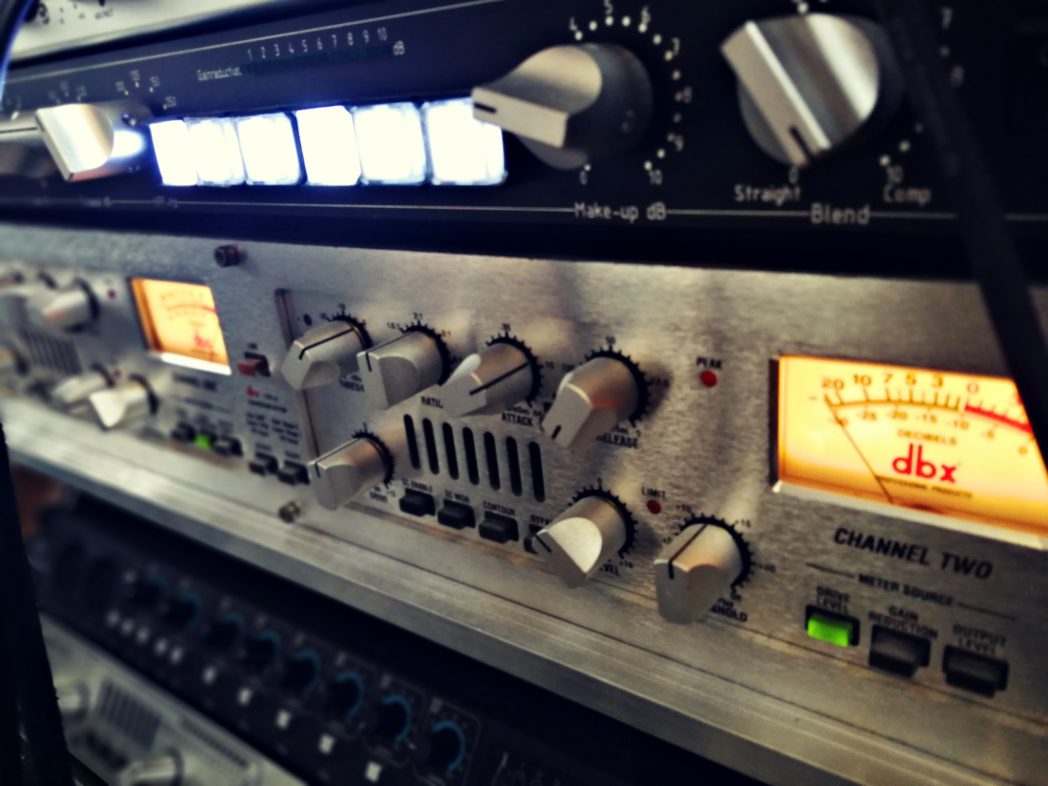 And finally, what are your thoughts on the state of “electronic music” today?
To be honest I don’t follow the current electronic music in detail. But then again, who does? There’s so much stuff being released! Looking back through the past 20 years it’s always been slightly disappointing that the progress of electronic music has mainly been via the exploration of sound, and only to a lesser degree via composition and harmonic exploration. I think that’s still somewhat uncharted territory.

With so much music out there it sometimes seems like an ocean of noise, but I’m gradually feeling more positive about the way things are developing. There’s a wealth of great archival music being released for example – forgotten or unknown treasures that were only released on private pressings or limited cassette runs in the 1980s, and so on. I’m listening to the brand new compilation of Japanese ambient music on Light In The Attic as I write this, which is a good example of this tendency. Melodic ambient music – even new age – is generally acceptable again, which is another cool thing (or are the hipsters just being ironic?). At least everything feels less dogmatic than when I started out twenty years ago. All is permitted. But perhaps everything is also less serious, and carries less weight? I’m not sure… 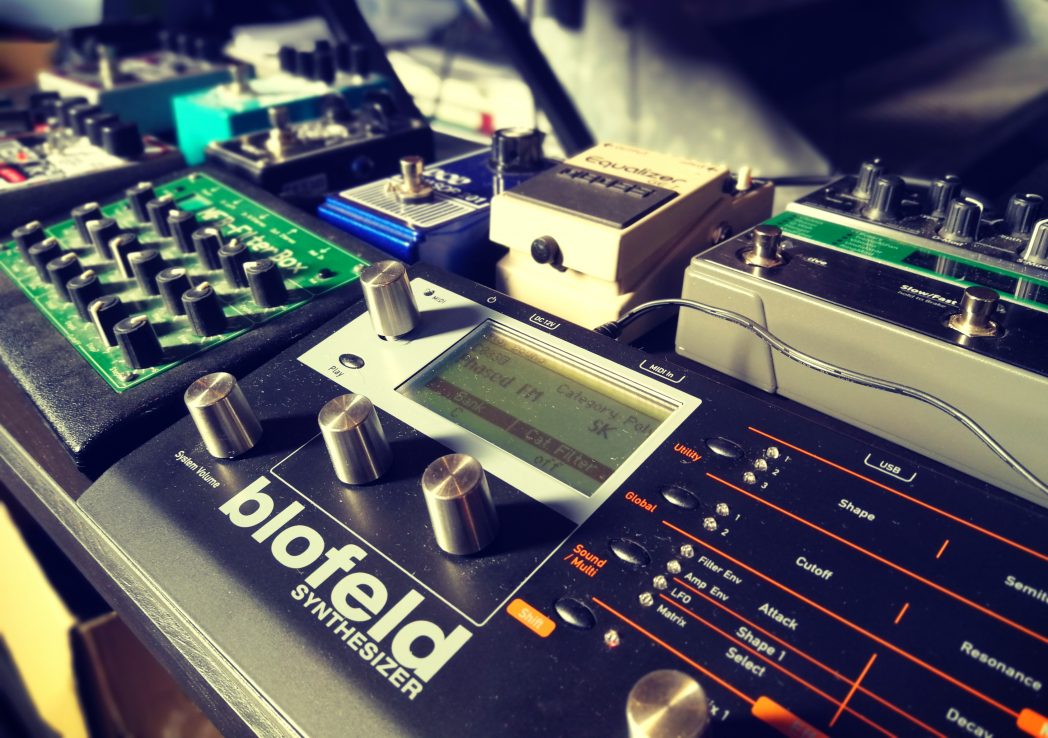 From an artist perspective, I generally enjoy the state of things today. I can release music that isn’t particularly hip, and that the gatekeepers of yesteryear – such as Pitchfork – really don’t give a shit about. Yet, I have a decent audience and people enjoying my music around the world. My music is being listened to, and I feel like it’s being taken seriously.

Be sure to check out Billow Observatory‘s latest release, III: Chroma/Contour on Bandcamp as well as the rest of catalog on Munk’s very own Azure Vista Records.