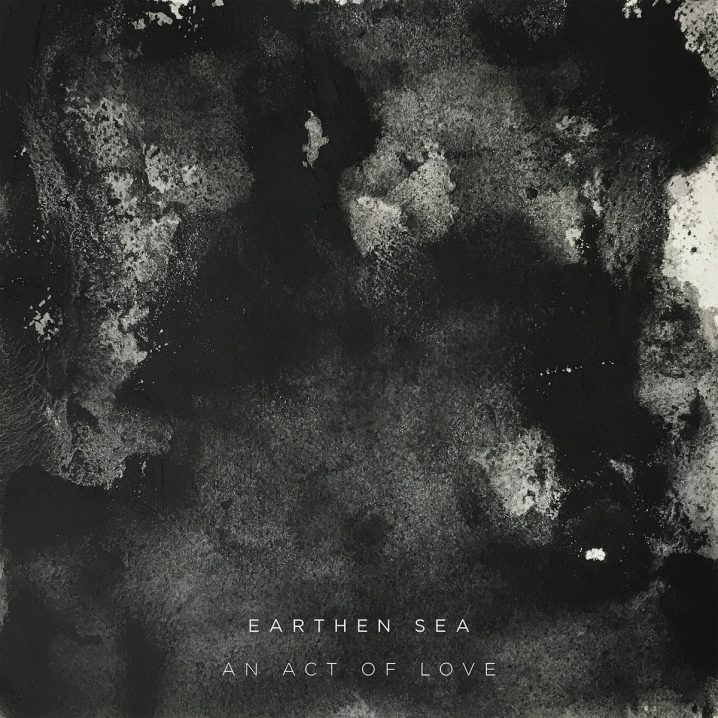 An Act of Love was released back in February, but the fact that I’m still coming back to listen to it, again and again, is a testament to this works longevity and allure. Besides, I have a nagging feeling that you haven’t had the chance to discover it all on your own, so there you have it folks, another recommendation! Earthen Sea is an alias of Brooklyn-based Jacob Long, whose work is also very new to me, even though, it seems that he has been quietly releasing CD-Rs and cassettes since 2005, on a variety of small, independent, and experimental labels, such as Imminent Frequencies, Insect Fields, and Lovers Rock. It’s a pleasure to see this act getting picked up by the beloved Kranky, because that’s exactly how it arrived to these ears, and now, hopefully, to yours.

The eight-piece release begins with a slow ebb and flow of the ambient waves, lulling me to an awakened state from my past night’s sleep. It leisurely evolves through lo-fi sounding filters, until it recedes, fades and drops into “About That Time”. an ambient dub piece punctuated by an acoustic percussive beat. Wait, what? An ambient dub techno release on Kranky? Why, yes, this is fantastic! [edit: Well, I suppose there is loscil, does that count as dub techno?] The pieces on An Act Of Love are hypnotic, full of morphing progressions, carefully controlled expansions, and flowering scents. These compositions are perfect for an active in-depth listening, with their quietly shimmering keys, grayscale processing, and noir-fi textures, as well as for a passive consumption, as a soundtrack for your introspective wanderings, nighttime crawlings, and melancholic moods.

This record was made over the course of the most emotionally difficult and stressful year in my life thus far. As such, it is both a reflection of that experience and also something that gave me space to begin working through issues to see a way forward, to a better place both psychically and physically. An idea that was also central to my thoughts while creating the album was the concept and reality of being out in the city at night, wandering around a large urban area after dark, the contrast of empty streets but with life still going on all around, and the openness and possibilities that can bring. This music I was making was an attempt to capture that feeling.” – Jacob Long

And capturing that feeling it did. I’ve always said, that one of the biggest achievements in any artist’s compositions is an ability to transmit their message through an auditory communication protocol to its receiver in as much detail as possible while giving some room for interpretation and adaptation as their own. But how do you transmit a feeling? This is, if successful, where that connection between the listener and the musician is made. This is where both become as one, and that is the allure of music (okay, well, one of the allures among the many). It’s nice to see that Earthen Sea and I connect, and I feel like I have known this artist all my life, even though I’ve just discovered him on Kranky. Favorite track: “The Flats 1975”.